Special Forces are unconventional forces used to execute irregular warfare in terrains which are otherwise difficult to operate in for conventional troops; they are almost always used for strategic objectives. Selection in such units across the world are very difficult as they have strict recruitment criteria. States which are known to exert regional and global influence tend to employ Special Forces as tools of exerting state policy abroad. Some notable

Addressing the Quetta Municipality on June 15, 1948, Quaid-e-Azam Muhammad Ali Jinnah made the following remarks: “While, however, one must love one’s town and work for its welfare–indeed because of it–one must love better one’s country and work more devotedly for it. Local attachments have their value but what is the value and strength of a “part” except within the “whole”. Yet this is a truth people so easily seem 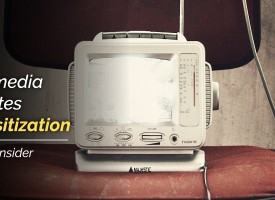 On 24 December 2014, Prime Minister Nawaz Sharif in a televised address to the country announced a ‘National Action Plan’ (NAP) to viciously counter the forces of terrorism and extremism. A few weeks later, NAP appeared in the form of a constitutional amendment, empowering the courts to prosecute convicted militants and their financers (challenged recently by a group of mafia lawyers). What is NAP? It is a consolidated 20-point national