In their efforts to foster their trade agreements with many South Asian countries Chinese officials recently announced a lucrative opportunity for many Asian economies to boost their exports to China. Being one the largest consumer markets in the world; China offers tremendous gateways as it has huge local demand which cannot be met with domestic production. Ye Anping, Director for Asia and African Affairs, Department of International, Ministry of Agriculuture,

China has always been supportive and has always extends its support to Pakistan in tough and testing times. Recently on Tuesday, Chinese Ambassador Sun Weidong, stated that China is ready to extend all the possible backing to Pakistan to curtail the nuisance of terrorism. He said that the terrorism in Pakistan is the common enemy and Pakistan will always have the support and backing from China. While talking to the When Pakistan came into existence on 14th August 1947, it did not have its own currency. Instead, Indian currency notes were used by Pakistan which were over-stamped with ‘Government of Pakistan’ title. The Reserve Bank of India acted as the common currency authority for India and Pakistan until 30th September 1948 to allow a cushion period for 13 months for the newly born state, Pakistan, to issue its own currency.

Being the fifth largest mango producer in the world, amid its great popularity in many neighboring countries, Pakistan is currently facing numerous challenges in its exports. Although the country has been producing high quality product but it somehow lags in consistently meeting high quality standards required by many international importers. Last year the country faced massive blow as there was a 40% reduction in its mango production with only 72,000 Polio is one of the most infectious viral diseases, which mainly affects young children. The life becomes too hard for such individuals and it gets almost impossible for people to spend their lives normally thereafter. However, there are many personalities who despite being infected with polio, continue to spend their lives normally and try to make an impact through grit, determination and will. There is one such story of Lahore-based

How many of you adore Mangoes to the core? There is hardly any individual who doesn’t like the very existence of the king of fruits, Mango. The season of this sweet fruit is currently on in Pakistan and you can please yourself by eating it raw or by creating a Mango shake for yourself that will give you a thrill deep down in the scorching heat. According to a report,

Germany’s Chief of Army Staff and Defense Minister of the country, Ursula von der Leyen, expressed their keen desire to learn the art of fighting war on terror from Pakistan Army’s experience. Pakistan’s Chief of Army Staff, General Raheel Sharif, is on a two days official visit in the capital of Germany, Berlin. He met the COAS of Germany as well as the Defense Minister who acknowledged the accomplishments of

Anyone who desires Pakistan to reach its absolute economic potential can never raise an eyebrow on China Pakistan Economic Corridor (CPEC). This project is the epitome of strategic alliances in the region; not only geographically but economically as well. CPEC is originally a framework agreement with the total estimated worth of USD 46bn which was signed by the Chinese President during his visit to Pakistan in April 2015. Recently, Central 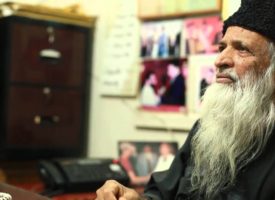 It has been reported that International Cricket Council (ICC) has granted permission to Pakistan Cricket Board (PCB) to imprint the logo of Edhi foundation on Pakistan Cricket team’s official kit for the tour of England that is going to start from next month. Pakistan’s Test, ODI and T20I captains, Misbah-ul-Haq, Azhar Ali and Sarfraz Ahmed will attend a ceremony later in the day where 3 skippers of 3 different formats