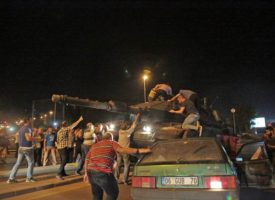 It has been a rough week. The world had barely recovered from Thursday’s attack in Nice, France, and the escalating violence in Kashmir and South Sudan when news of a coup in Turkey started doing the rounds on social media on Friday. Details were sparse and sporadic, as army personnel reportedly took TV channels such as CNN Turk and TRT off-air. There were reports of Istanbul’s main airport being closed