Ever since Honda Civic 2016 has made its mark, there has been plenty of buzz in the air about the same. There are speculations. There are rumors. There is strong anticipation among car enthusiasts.

The public response for Honda Civic 2016 so far has been immense and the dealers did not anticipate the demand projected and exhibited by car lovers. According to a report from Honda City Sales Department, a whopping number of 5000 cars have been reserved in less than 10 days. These are crazy numbers and subsequently the delivery time, which was earlier 60 days, is now pushed forward to 4 months due to collective numbers of pre-orders.

Due to unexpected and excessive demand, Atlas Honda asked all the Honda Dealers to cease the bookings for the time being of all turbocharged Civic but this decision was being reversed with immediate effect and the bookings are now open once again. In a letter that has been written to all Honda Dealers across Pakistan, Atlas Honda mentioned guidelines for bookings and also revealed tentative prices for the 2 variants.

The aforementioned prices of Honda Civic 2016 are tentative and it can be altered later. The reason these prices are timid is because Government has proposed some measures in taxes in Federal Budget 2015-16. Upon the approval of Federal Budget, adjustments in the price will be made and exact price will be communicated then.

Booking of all new Civic 2016 will start with 50% partial payment of the above prices. General Manager Sales and Marketing Division, Nadeem Azam, stated that:

“Delivery time of Turbo is already getting longer, therefore it is suggested to request customer to convert your bookings from Turbo to Oriel in order to get delivery in shortest possible time”

In order to place multiple corporate order (placing more than one order), it would be mandatory for the company to disclose their portfolio. Moreover, change of name and refund request will not be entertained. It is also important for all the car enthusiasts to mention the grade clearly on the relationship contract form.

Moreover, the recommended fuel for Honda Civic Turbo variant is 91 RON (Hi-Octane) only. Presently, Pakistan’s regular Petrol is of 87 RON with HOBC rated at 95 RON. Buyers should consider the availability of better quality petrol in their vicinity as a recommendation of high-grade fuel indicates a sensitive engine. 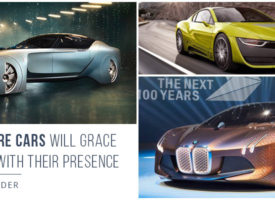