Moin Akhtar is one artist that people of all ages can easily fall in love with for his shear talent of presenting humour in a way that is understood and liked by all. He is known for his unique style in exactly accomplishing just this. Though, he has never been conferred with an honorary degree of being versatile and astute in his acting abilities, he should be recognized by the government with one. It is about time that this be done. He received the Pride of Performance on August 14, 2010 and Sitara-e-Imtiaz. But he should be recognized with an Hononary Degree of Doctorate in Dramatic Arts too.

It is easier to ask if there is any field untouched by Moin during his various performances over the years that he did. He was an actor on television, film and on stage. He was a humorist, a comedian, and an impersonator in different formats of entertainment. He was a host, a writer, a singer, a film director and a film producer. But more than any of these, if asked, Moin would say that above all of these roles that he is known to play at his best, he wants to be the best at being just human. He was a beloved father, a cherished husband and a kind friend above all of these, who never admitted his graciousness out of humility. 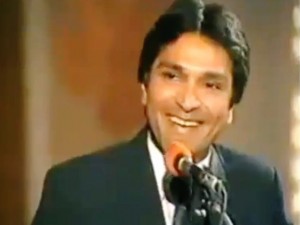 He was someone who could discuss the whole world with you; the current affairs, the history and the people, as he saw and understood them. He could talk about religious matters and can also expound on his life experiences gathering various views, but in the end, Moin was a very private man who liked to keep things of personal nature to himself. He never boasted about his family and never used his personal means and contacts to give his children some advantage that many in his place might have done. But since it was Moin, who never compromised on his integrity in work, he remained a consummate professional throughout.

Just last year, on April 22, 2011, Moin Akhtar passed away suddenly, shocking not just his family, friends, and fans, but all those who have liked him the world over. He was especially admired in India. He has reached far and wide in different parts of the world taking his humour and sense of satire everywhere. It has touched audiences alike in all of those places where he went. Even the heads of states and people already established in their fields took a liking to him. The case in point is of then President Pervez Musharraf and Dilip Kumar Sahab, both of whom he mimicked in their presence. Amongst all things, more than the roles he played on television, he is most known for his mimicry of characters known and unknown on Loose Talk, Studio 2 ½ and Studio 2 ¾ with Anwar Maqsood. It is these very impersonating abilities which are most admired by people. 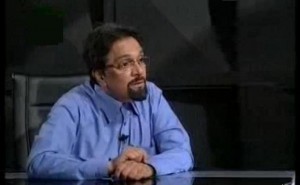 Playing as wide a role as disguising himself as a woman in Rozi to becoming a Memon Seth in Such Much, Moin Akhtar was truly one of a kind. But the place where Moin’s art resides is in making these very ordinary characters that we know so funny and light-hearted, giving their behavior a new meaning, a new interpretation and thus through this for us as a nation, giving us an understanding into these various people who were sometimes rich, sometimes poor, sometimes good and sometimes bad. If it were not for the insight he provided through his acting and in presenting them to us on screen, we would have not met the whole variety of people that we never tend to pay attention to because they look too obvious to notice.

Moin Akhtar does hold the record of playing most characters in the world. No other actor has played so many different roles. However, this report is yet not been confirmed by Guinness Book of World Records. They still need to be approached on this matter. We Pakistanis tend to like making different world records, especially when it comes to making the largest country flag and having the most number of people singing the national anthem of a country simultaneously at a single place. This record of performing as various characters is one to be surely proud of and we as a nation owe it to our brightest and highest star, the legendary Moin Akhtar. May God rest his soul in Eternal Peace. Aameen!