Charlie Bit My Finger is amongst the most-watched videos of YouTube. It was made by an amateur video-maker who would have never in his wildest dreams imagined that the video of merely 56 seconds that he is uploading will be viewed millions of times and would be liked so much. But more than that, he would have never thought about the prospect of earning $500,000 in return for it after about 5 years.

The family video shows a little baby biting his older brother’s finger, who then complains that Charlie bit his finger. The half a million earned by the video is due to the ads surrounding it on YouTube. The video was first uploaded in 2007 and the boy’s father, Howard Davies-Carr, said that he did it to show it to the child’s godfather in Colorado. He noticed that the video had a few million views within a few months. He wanted to take down the video but could not do so when he found that there are already many other copies of this video and parodies on other websites. He must have felt his privacy a bit invaded, but he put it online himself to which the cost return is $500,000 five years later and still going on. 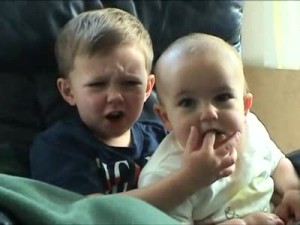 The idea to generate money out of it came when the video received 50 million views by asking for YouTube ads and television spots. Now the video has around 436 million views making it the second most-watched video and is considered to be a pop culture phenomenon. The only video which could supersede its viewership was 2010’s Football World Cup theme.

However, now there are no more privacy issues with the family. Seeing the money getting in, they have started a blog of their own documenting the kids’ lives since 2009. They have spread themselves across social media with a Twitter account, a YouTube channel and a Facebook page all covering the boys’ lives.

When such things happen, which rarely do, they are always unplanned and unexpected. No one could say that this tiny home video would be liked so much by people from all corners of the globe that it would come to be talked about in the media. It also goes to show that there is something human in all of us that touch us when we see babies interacting in a free, frank and clear hearted way.

The little boy biting his older brother’s finger does not know what is it that he is actually doing and the older boy in return merely complains that Charlie has bitten his finger, but despite this does not take his finger out of Charlie’s mouth. It is a reminiscent of our own childhood. Some people do not get to experience such close relationship with their siblings, but some do. Regardless of whatever kind of relationship or familial ties you have had with your siblings and family, days of childhood are always missed. 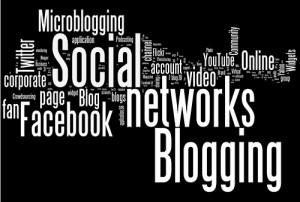 Another interesting fact that the popularity of this video reminds us is that of social media holding such power to connect people. There are people who make videos of their talent, whether it be of singing, dancing or playing a musical instrument or drawing sketches or any other creative work, they have a platform to share their ideas and talent with the world. Singers like Justin Bieber and Charice amongst others have been discovered through YouTube. It is not just about leisure time that YouTube users flock to these videos, but it is also about a soft reminder that after all we are basically all the same without any discrimination of our caste, creed, culture, language, religion, even age and gender. But this very phenomenon of social media could wrongly be used too.

As recently seen with the video about Joseph Kony, made by the Invisible Children, Inc., entitled Kony 2012. The video-makers, Jason Russell, himself claims it to be an experiment in social media. The criticism is about giving wrong sense of morality and participation of the masses in the cause of military action in Uganda, having support from the people who think they are doing some good helping innocent children. Such use of soft power is highly dangerous. Hence, with the reach of social media, its power is being exposed too. But when used creatively and humanely, like in the case of ‘Charlie Bit My Finger’, it is both humorous and humane.