It has finally happened. Pakistani film makers have woken up to the new century and are taking charge of the industry.

First it was the drama industry that saw a turn around and now it’s our film industry. There are skeptics that say these few films which are coming out, and the couple that have succeeded, are just a flash in the pan but I am not one of them.

The driving force of any industry is money and with the commercial success that “Waar” and “Namaloom Afraad” have seen, it is only imminent that more and more people will bet their money on Pakistani films.

Don’t get me wrong, there is a lot left to be desired from Pakistani films, but the path that the industry is on is definitely the right one.

According to a leading cinema owner and producer, Mr. Nadeem Mandviwalla, “The industry is re-emerging very fast, but after 30 years of decline there is a lot of catching up to do.”

Some people have begun to compare Lollywood to Bollywood and are often seen commenting on the difference. To these people I say that the Indian film industry has matured over 60+ years and the revival of our industry is only a couple of years old.

What should be noticed is that the quality of work being churned out by us is not in any way inferior to theirs. We have people who have produced world class award winning movies with poorer infrastructure, just this fact is evidence enough that the industry is turning around and going towards a boom.

What lies ahead for Pakistani Cinema?

Now that’s a tricky one. If we take cues from the television industry then I am afraid that we will soon be seeing typical, commercial, run-of-the-mill, Bollywood wanna be movies, coming out after a few years (in fact, Namaloom Afraad had quite a similar premise to Hera Pheri or Delhi Belly, if you think about it.)

I for one hope that’s not the case, because other than the one-off good drama that our TV industry produces, the rest are all just time passers.

To ward of such a disaster the industry needs to somehow stay in control of the artistic few and not become hostage to the financiers who in the end are only interested in the returns.

According to acclaimed film director Jami, directors need to focus on a strong story line rather than trying to compete with Bollywood’s ‘masala’ style of film making.

Mandiwalla also believes that as of now there are so many modern screens in Pakistan that charge much more than the traditional cinemas that Pakistani films can hope to be profitable.

He adds that “I’ve started investing money in producing films because finally the market has increased to an extent where homegrown productions have become feasible.”

For now all we can do is hope that this new direction that the industry has taken is not a flash in the pan and paves the way for something bigger! 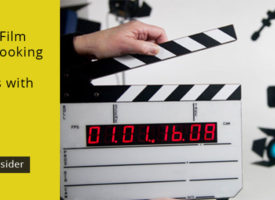