Sharmeen Obaid-Chinoy created a stir when she got nominated in the Best Documentary Short Subject at the 84th Academy Awards for her film Saving Face, which she co-directed with an American filmmaker Daniel Junge. It was an honour in itself to be considered worthy of competing. Not only are the Oscars the highest honour in filmmaking in America, but considered to be so around the world too. Straight after her win, congratulatory remarks and shear joyous comments on the victory started pouring in on social media sites like Twitter and Facebook. 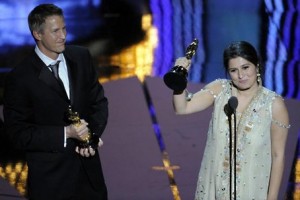 The highlight that the Oscar nomination and then the win itself have brought to Pakistani talent in documentary filmmaking and on the issue of the acid victims is immense. It proves that Pakistan can take its own charge and can solve its own challenges with the very potential of the people it has. What Pakistan needs are dedicated and selfless people who can work for it consistently without asking for a return. This is, however, yet another example of how an individual can bring a change if he or she so chooses.

Sharmeen had no government funding or patronage as a filmmaker. She did not learn filmmaking in any of the institutes created by the government, nor had she been educated in one. But her stand for Pakistan shows what patriotism and spirit of humanity for fellow countrymen can do. What she has proven is that if the educated and privileged class won’t take care of this country, then the government has no right to ask foreigners to solve Pakistan’s problems either.

Now that Sharmeen has made a history, not just a personal one, but a national one for her fellow 187 million countrymen by winning the first Oscar for Pakistan, she is being overwhelmingly applauded for her work and achievement. Some skeptics are nevertheless talking on how the film portrayed a negative image of Pakistan internationally, which needs no such addition than what already is out there. There are certain cynics whose negative tone could also be heard in the social media which has recently been buzzing with the news of her success. In a way, their criticizing of her is a reflection of their own dark approach on the subject and their domineering nature prejudiced against women. 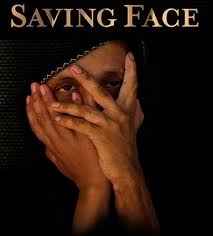 Saving Face covers not only the story from the perspective of the women victimized by acid thrown onto their beautiful faces, but tells how the progress has been made in rehabilitating them back to normalcy by Dr. Mohammad Jawad and the struggle it took for passing of the bill last year which calls for tougher action against the culprits. Now there is a strict law that exists in Pakistan against those criminals who commit such heinous deed with a minimum sentence of 14 years that could even be as long as a life imprisonment, along with Rs.1 million as fine. With this being enforced, the yearly 200 victims, most of which are women, would get saved from the atrocities of domestic violence often perpetrated by a close family member or a relative. With more registration of such cases, the numbers would rise up.

Those who said ‘no’ to this side of the reality being shown to the world, and most importantly to the Pakistanis themselves, need to open their eyes and face their issues. Sharmeen is not only an Oscar winner now, but she had also won America’s highest television honour when she won an Emmy for her PBS documentary, Pakistan: Children of the Taliban in 2010. She made another record when Prime Minister Yousaf Raza Gilani declared on the same day that she be given a National Civil Award too for putting Pakistan on the face of the Oscars. Which specific national civil award she should be bestowed with for her efforts is still undecided.

Just after her Oscar win she launched an anti-acid campaign nationally in Pakistan. Because when such tools of criminal acts will be available easily in street shops, then there is no stopping to what they can do in wrong hands. The human rights groups in Pakistan have appreciated her victory and said that it is yet another reminder to act to save others. One has to be careful that this attention does not go into wrong hands as has happened in the past where donors gave generously, but the funding end up in the private bank accounts of the corrupt NGOs.