Humsafar is a tragic story of a married couple who go through ups and downs due to envy of those who pretend to be their own. The weekly drama serial airs from Hum TV and has gotten an unprecedented fan-following of television viewers that has not been seen in recent years for a long time now.

Written here are the personal views of this writer and not any official interpretation of either the novel or the television drama serial. Readers may agree or disagree openly with what has been written here and can express their own points of views in the comments section below. The main characters are: 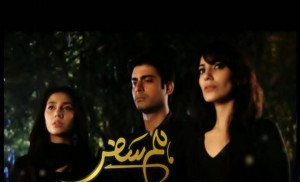 The following are the mistakes made by each of the main characters: 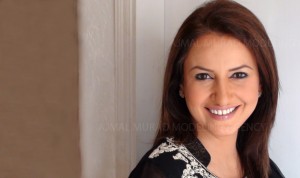 Khirad’s mother also has a tragic tale of her own on which a separate drama series could be created. She was never taken care of by her only brother all her life. She lived a neglected life away from his well-to-do brother with the humble family his husband had sustained as a public school teacher. After his death, she is left with no one to cater for her financial needs.

Eventually she looks for her brother to help her out of the situation when she gets seriously ill due to cancer. His brother, Baseerat Hussain, finally realizes his own fault of not ever asking after her elder sister’s needs. Out of guilt he asks her and his niece, Khirad, to come along and live with him.

Mistake: The mistake that Khirad’s mother makes while on her death-bed is to ask his brother to marry her daughter with his only son, Ashar, who is much loved by both Baseerat and his wife Farida. She wanted her daughter to be taken care of well after her death as Khirad is left with no one except Baseerat’s family as close of kin. But to ask her daughter to be married within a family that maintains class-differences is a tough demand and a mistake, as it eventually turns out to be. Because though Baseerat is happy to take her as his only son’s wife and his daughter-in-law, but this arranged marriage is initially forced upon Ashar and in the end proved fatal due to Farida’s attitude toward Khirad. 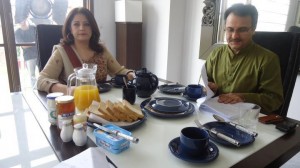 Seeing that he had made a mistake of his life by never looking after his only sister due to being blinded by his pride of money and status, he wants to mend everything for the last time once and for all. He invites his ill sister to live with his family. They accept the offer and he happily takes care of his sister and Khirad much to the dismay of his wife Farida.

Mistake: When his sister asks him to marry his only son Ashar to his daughter to fulfill his promise of looking after her well, he accepts his sister’s proposal for Ashar and quickly marries his son to Khirad without much thought and consultation with his wife, who opposes the whole idea of it when he mentions the situation.

Eventually Ashar accepts his father’s words and marries Khirad, but is dissatisfied from the inside with the arrangement because he has never known and understood the woman he is being bound with. On the other hand, Khirad also disagrees with being tied in marital knot with his cousin whom she has never met all her life except just now. Hence, no one agreed upon the pairing of Khirad and Ashar except Baseerat and Maimona. Baseerat made a mistake of thinking that this marriage could work given the grudge that brews in Farida’s heart. 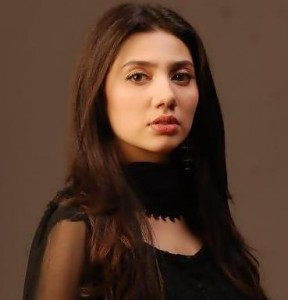 Khirad feels uncomfortable the whole time married to a man who is her cousin and whom she barely knows as a person. She thinks her marriage is bound to fail because of their differences, not just in their upbringing, but also as individuals. She does not make any efforts initially to bridge the gap that exists between them both.

But finally, after Ashar tries to make the marriage work by finding out ways of interacting with her more often and involving her in his life by taking her on shopping trips, parties and letting his circle of friends meet her so that she does not feel left out, their marriage seems to be a match made in heaven much to the envy of both Farida and Ashar’s cousin, Sara, who is deeply in love with him and is not willing to get him out of her mind.

Mistake: Though Khirad is a sensible person who is very wise about building up relationships and does not mind Sara’s initial words for her, she makes a mistake in allowing Sara to still “play friends” with both her and Ashar because while pretending to be friendly with her, she insults Khirad at serveral occasions amidst her friends. Just after Khirad’s marriage to Ashar, Sara threatens Khirad and curses her marriage to be doomed, but turns around and play friends once she finds Ashar is getting along with his wife without any complaints. Khirad should have known better to keep Sara away from Ashar.

Secondly Khidrad’s mistake was when she conceives a child and finds out about it after a medical check-up visiting the doctor along with her mother-in-law, she asks her not to share the good news with Ashar as yet. She wants to tell him about this new stage in their family life in a good mood with a beautiful romantic setting out on a nice candle-lit dinner. Had she revealed about her pregnancy to Ashar before Farida had a chance to wickedly trick them both through a grave allegation of infidelity, Ashar might have had a chance of knowing who is deceitful. 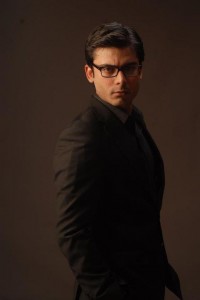 Despite being married against his open will to a wife of his father’s sole choice, Ashar does well to bridge the communication gap that exists between him and Khirad. They had few initial glitches which they both easily recover from and fall in love with each other seeing themselves as soul-mates.

Mistake: Even when Sara reveals to him that she has been in love with him since their childhood and that both of their mothers, Farida and Zarina, also thought of seeing their children married one day, there does not ring a bell in Ashar’s mind that he should try to keep away from her as she has not been over with him yet. He continues to be friends with Sara despite noticing that she is not that fond of his wife in all honesty.

When Khirad starts her further studies, he feels possessive about her with male class-fellows, one of whom turns out to be Sara’s cousin, Khizar. Ashar in particular feels envious of Khizar appreciating Khirad in front of her husband. He ought to have asked Khirad to have remained a little reserve around him when he had sensed that Khizar was up to something about her. But he does not and instead behaves rudely with Khirad to take little revenges.

Then when Farida succeeds in trapping Khirad in her spawn trick of alleged infidelity, he does not look for the trust that he has in Khirad and instead quickly gives in to his own unfounded doubts that he gathered in his envy of Khizar and listens to whatever his mother said about his beloved wife. 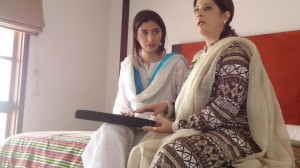 Being a successful career woman, Farida is also happily married with a son, Ashar and lives wonderfully well. She is class-conscious and does not like Baseerat’s poor sister entering into their picture perfect life up until when Baseerat agrees with his sister’s proposal of marrying their children together. Farida confronts her husband on the matter and calls his sister a selfish wealth-seeking woman to which Baseerat misbehaves with her. Her ego gets hurt in this and she vows to herself to take revenge from Khirad.

Mistake: She does not accept Khirad as her daughter-in-law holding a grudge about her marriage to his only son whom she loves dearly. Quite ironically, she spins an evil plan of ruining his only son’s married life when she charges Khirad with infidelity. It was her mistake never to have accepted a daughter-in-law who truly respected her and gave her care with a pure heart. She ruined not only Khirad’s life, but in the process finishes off Ashar’s true found love.

Acting upon her jealousy from Khirad and ego as a woman which was hurt by Baseerat when he almost came near to divorcing her for not accepting the proposal of his son’s marriage, she proves to be a shame on motherhood itself. She tortures her own son in rage of envy and status-seeking pride. She is the primary antagonist in this tragic story. 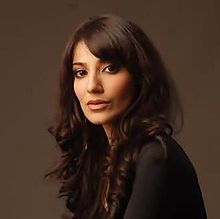 Being in love becomes a crime for her due to her selfish rage against what she could not get. Growing up with Ashar and being friends with him ever since, she always thought they both would be married together someday. But her dreams come to a halt when Ashar gets married to his paternal cousin Khirad.  Sara is not just simply upset about the whole situation she is out of her wits for it. She refuses to forget Ashar and move on with her life without him.

Mistake: Charging Khirad with infidelity was not her brainchild, but Farida’s. However, Sara was the happiest about ruining marital life of Ashar and Khirad never the less. She continues to show up every now and then trying to snatch Ashar away from Khirad, in which she fails every time, because Ashar holds no special feelings for her. Despite realizing she will not get what she wants, she pursues him through her envy and ego haunting Khirad. The grudges she holds end up ruining her own life at the end. She is the next diabolical character in this tragedy. 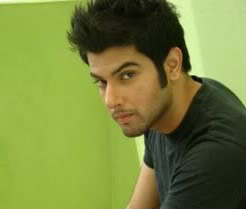 Always wanting to prove himself worthy for Sara, who believes only in high-achievers and is status conscious like the rest of her family, Khizar would do anything to get Sara’s attention and love. He is jealous of Ashar because Sara loves him.

Mistake: In order to go to America for further studies, he accepts Farida’s offer of being paid for playing along with her tricks against Khirad. He wants to get to America by hook or crook so that he can stand up in front of Sara and claim her love. He makes a mistake of doing this at the expense of someone else’s life and happiness. He says to Khirad after playing along all those melodramatic parts that he believes everything is fair in love and war and what he did was not wrong. This is where his whole idea about life and his values are hollow. His greed lets him have nothing at his hands. 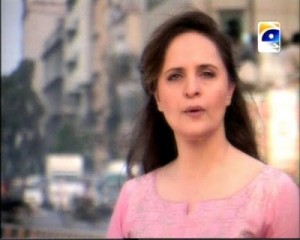 All she wants is to see her daughter remain happy. She knows that Sara could not get her life-long love, but she wants her to move on with her otherwise successful life without him in it, because her craze for him is ruining everything which is normal.

Mistake: Relenting to the wishes of her daughter, she tags along with her sister Farida’s plan for charging Khirad with false allegations. Despite keeping her sense in the beginning when she advises Sara to move on, but makes a mistake of trying to work things up for Sara if Khirad would be out of Ashar’s life. She regrets this move later when she loses her precious daughter who ends up with nothing but taking her own life. She wanted her child not to go crazy, but she turned out be suicidal anyway.