Traditionally, literature – most notably poetry – has been one of the richest forms of art in Pakistan.  Artists began creating works of art to promote Pakistan’s independence in 1947, although the nation’s government was still undecided.  In the midst of this tense political uncertainty, writers questioned and critiqued Pakistan’s founding in stories and poems.  Poetry is a highly respected art and profession in Pakistan, with its preeminent form in Persian, partly due to the long standing affiliation the region had with the Persian Empire.

Music, visual arts, and modern dance have received less attention than literature, but painting and sculpture have made considerable progress as popular artistic expressions. 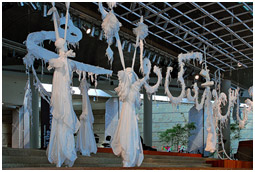 In the decades that followed the nation’s independence, Pakistani artists adopted modernism as a metaphor for change and economic freedom.  The art world, and Pakistan itself, was evolving – no longer hindered by stereotypes.  There would be challenges of transition, but Pakistan continued to educate and enrich itself.

Pakistani artists wanted to present themselves as modern according to international standards, and adopted styles popular in the United States and Europe; but they also began experimenting with native traditions to see how these could be adapted.  Modern art was chosen as the country’s visual language because typical traditional art seemed to be inadequate to properly express the dreams and fears of a generation aiming towards a new era of freedom.

Cézanne and Cubism were introduced in part thanks to Shakir cAli in the 1950s, who was also interested in local practices such as Islamic calligraphy.  cAli, along with other artists, experimented with calligraphy in paintings, placing centuries-old texts into modern formats. 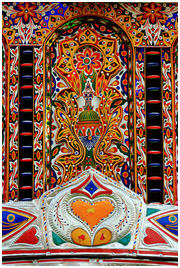 The first artist in Pakistan to actually have an exhibition of modern paintings was a woman.  Zubeida Agha developed an approach to painting that reflected her education and experience in both Pakistan and Europe.  Today, Pakistan has an unusually high ratio of female artists due to the fact that the art industry has not traditionally been viewed as a lucrative business by men.  In the past, creatively-inclined men in Pakistan have focused more on fields of advertising or illustration, leaving the art field open to women.  Modern Pakistani female artists continue to impress not only their country, but the entire world.

Pakistan is a country rich and diverse in all forms of art and culture.  The country is home to numerous art galleries, museums, performing arts theaters, drama and dance studios, and film events.  Although Lahore is depicted as the cultural capital, all major centers – and many rural areas – have cultural events and festivals throughout the year. 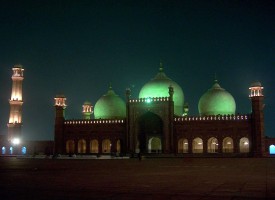 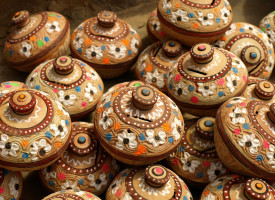 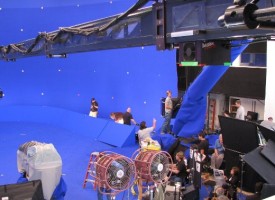