As the world inches itself into the ever expanding future self expression, individuality and personalization have become important while effective communication has become a necessity and nowhere has this been more evident than in young, technologically equipped youth of our modern times who have always looked for distinct, entertaining, but still innovative ways of expressing themselves, hence the birth of Emojis. These are a trending, delightful format of human expressions symbolizing basic emotions.

Pepsi has tapped into this youthful, vibrant culture of amusing pictures that depict your basic feelings in such a refreshing way that you can’t help but feel an immediate allure to these products. The youthful shout of “say it all” has been remarkably captured by the brand with its #SayitwithPepsi campaign. Pepsi, which has always been a brand with radical new ideas for its advertising campaigns, has gone one step further with the PepsiMoji trend and it goes without saying that its consumers are loving it.

A never before used idea that has already been hugely popular since its launch in Thailand, Canada and the United States, Pepsi opens the New Year with an introduction of its campaign in Pakistan. With highly successful previous campaigns of the brand in the country, the new Emoji symbolism gives the youth a taste of human feelings albeit in a witty amusing way. Pepsi cans and PET bottles fixed with these delightful designs depicting every human emotion all convey the same message to its consumer, say what you want without even saying. The Emoji culture already popular on the Internet has been given a new medium by the brand.

The simplicity of the idea but with a deeper meaning of connectivity on a personal level for its consumer looks promising in being widely popular with the Pakistani youth always on the lookout for interactive, entertaining campaigns. And there is no doubt that localized versions of PepsiMojis will prove to be even trendier in Pakistan as people are already craving for more personalized form of their own regional Emojis. Pepsi has truly transcended all barriers by uniting people of the world with the universal language of human expression.

PepsiMojis are guaranteed to be icebreakers for many who still shy from speaking their mind aloud. Although there is an Emoji for all, one of our personal favorites is the one showing a happy smiley face which just shows that some moments are too beautiful to be captured into words.

The marketing campaign has proved once again that a simple idea hitting the right note with its customers goes a long way, not only in terms of profit, but creating something beautiful that culminates in union of the people. 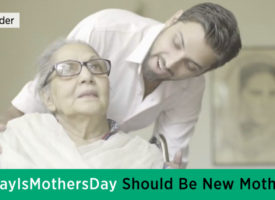 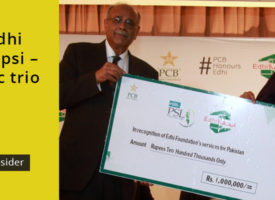