Pepsico’s energy drink Sting brought its fans up, close and personal with the champion boxer Amir Khan. The British boxer of Pakistani origin is a superstar athlete and two times world champion.

The perfect brand ambassador to the energy drink Sting, which packs a powerful punch and gives you the instant boost. Amir Khan has taken the onus on himself to promote the sport in the country.

The champion boxer has gone all out to reach out to the fans in the country through various events and even on social media. The fans not only got a chance to interact with the star but a few lucky ones also had the chance to face off with him in the ring. If this wasn’t enough, Sting introduced a series of fans created challenges called the #StingChallenge to get the fans to set up challenges for the King Khan. The fans or Stingers as they are better known as lapped it up cheerily.

The first challenge was set by the Stingers to complete 420 skips in a minute. Amir accepted the challenge and put everything behind it. Though the Stingers got the better of him this time around, the champion boxer did not disappoint as far as energy and spirit was concerned.

The Stingers buoyed by their first victory set out another challenge for Amir to accept. This time around it was something right up his alley – deliver a powerful punch of at least 1094 pounds. If the Stingers thought they had got the better of Khan, they were left gaping in shock as he came back strong and hard. Imagine the amazement on the Stingers faces when he delivered a punch twice as powerful. The tenacity and sheer force flattened any semblance of challenge this time around.

With the scores leveled at 1-1, the Stingers decided to challenge the Khan with a new test that proved to be the decider. The goal set by the fans was to complete 147 punches in half a minute! A tough ask even for the professional boxer like Amir. He gave it his all and nearly made it too, thanks to his speed accuracy and never say die spirit. In the end the Stingers won by a thin margin but the champion was anything but beaten.

If you haven’t yet checked out the challenge videos, head over the facebook fan page of Sting Pakistan. While you’re there, don’t forget to leave a comment and tell them what you would like to see next. Who knows, you might find yourself in the ring with your favorite star. Go ahead, knock yourself out!

DISCLOSURE: This post was sponsored by Sting Energy Drink. 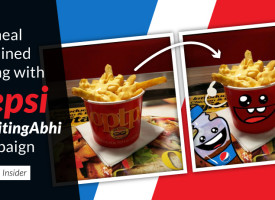 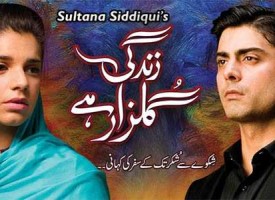