Within just the tender age of 23, his accolades encompass that of not only being an award-winning journalist, columnist and anchorperson but also a very renowned social media influencer. His page has amassed over a million followers and now is currently studying journalism under the prestigious Erasmus Mundus program in Denmark. Today Pakistan Insider will go up-close and personal with Makhdoom Shahab-ud-Din

Shahab: Well, I never had planned of coming into this field of journalism in the first place. All I wanted was to have my opinions heard by the masses. For that I turned towards social media one day, recorded a video on my phone and uploaded it on Facebook. Little did I know that when I woke up the next morning, my video had become viral the next morning and it even had been shared by Moeed Pirzada in his talk show on Dunya TV. I think that was when my whole journey as a journalist began, but thinking back it is suffice to say that unbeknownst to me, I was being trained for this very day since childhood. I was fond of debating from a very young age. I took part in a plethora of debating competitions and MUNs throughout my student life. My teachers also have a huge hand to play in making me who I am today. They helped me improve my Urdu to such an extent that I could become a very remarkable Urdu orator.

Interviewer:  Shahab, many of us are aware of the interviews you have done of various personalities; the kind of interviews that were considered quite risky and daring under the circumstances of that time. Many people related to the field of journalism tried to stop you, calling it as career suicide but that didn’t stop you from interviewing PTM leader, Manzoor Pashteen. So, what drove you to literally play with fire and that too at such an early time in your career? 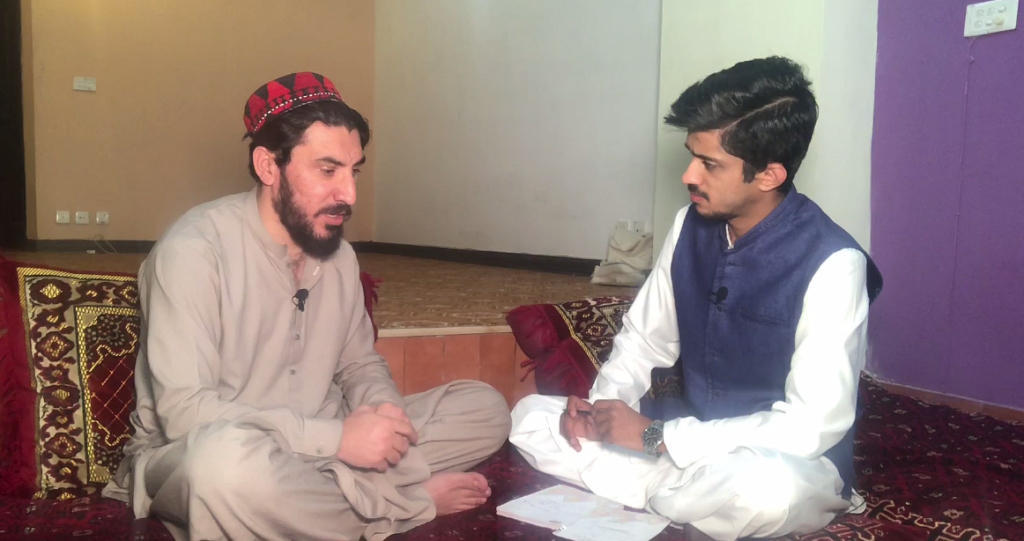 Shahab: I still remember the time when the military spokesperson stated on national television that no one should interview Manzoor Pashteen but I have always been a firm advocate of Voltaire’s teaching of freedom of speech and expression. Throughout my career, I have always believed in the saying, “I disagree with what you say, but I will defend to the death your right to say It”. This has now become a motto of my whole career. Reminiscing to those times, I still remember all the threats I started to get after this interview but this didn’t stop me from expressing my opinions. I think that freedom of expression is a basic human right and should be used by everyone who wants to be heard or is being oppressed.

Interviewer: As we know that it is somewhat of a norm among the younger generation that they want to become famous, without thinking about the struggles that go into the making through the stairway of stardom. As you too, are a youngster that has achieved a lot at a young age, what are your thoughts on the current mindset of our younger generation?

Shahab: I think they are just to think about getting famous. Everyone has the right to dream big. I believe that our youngsters live in a country where they don’t get the proper guidelines for achieving their dreams. It isn’t wrong to think about the limelight but what is wrong is how the institutions and government does not provide these youngsters with all the bells and whistles for their said goals

Interviewer: Getting famous and successful at a very young age, also carries with it a lot of criticism and negativity from many keyboard warriors and critics online. How have you managed to keep up with all the criticism given online while still remaining steadfast in delivering your message across the masses?

Shahab: I have always said that there have been two types of people that follow my page. One type is an admirer of the page that loves me and my content. The other lot is the one that loves to hate me. They would follow my page, comment on every one of my videos just to spew hatred  but these type of people are unaware of the fact that how much are they being influenced by my content – to come on my page and comment all helps to increase the reach of my content. So, I have always thought of criticism and my haters as a mode for getting a larger audience. If my content is affecting someone in anyway, I think I have achieved the true dream of any social media influencer.

Interviewer: Is it true that you were the first person to Interview Khadim Hussain Rizvi during the protest of 2017? 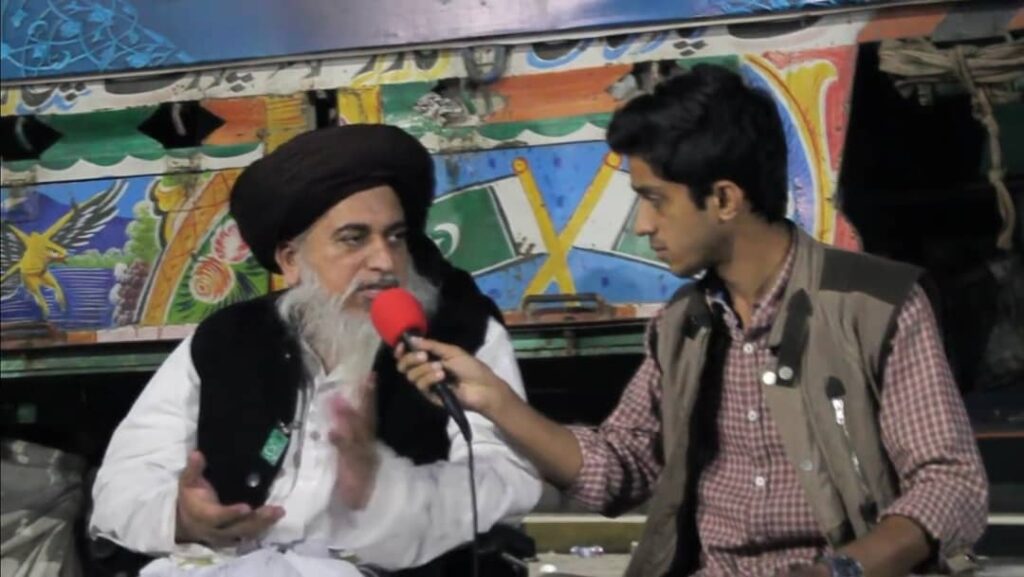 Shahab: Well, that is correct. Actually, a lot of journalists revered the might of Rizvi’s followers during that protest and were hesitant to take an interview. Asking one wrong or spiteful question under those circumstances could have led to many problems for the interviewer during that protest. However, knowing all of the dangers involved, I was the first to step up and take Khadim Hussain Rizvi’s interview.

Interviewer: Even at an early age you have accomplished various achievements. You have won the Agahi Journalist of the Year Award, have also received training from none other than BBC and are currently enrolled in the famous Erasmus Mundus program for journalism. Can you please touch upon what did it take to achieve these accolades? 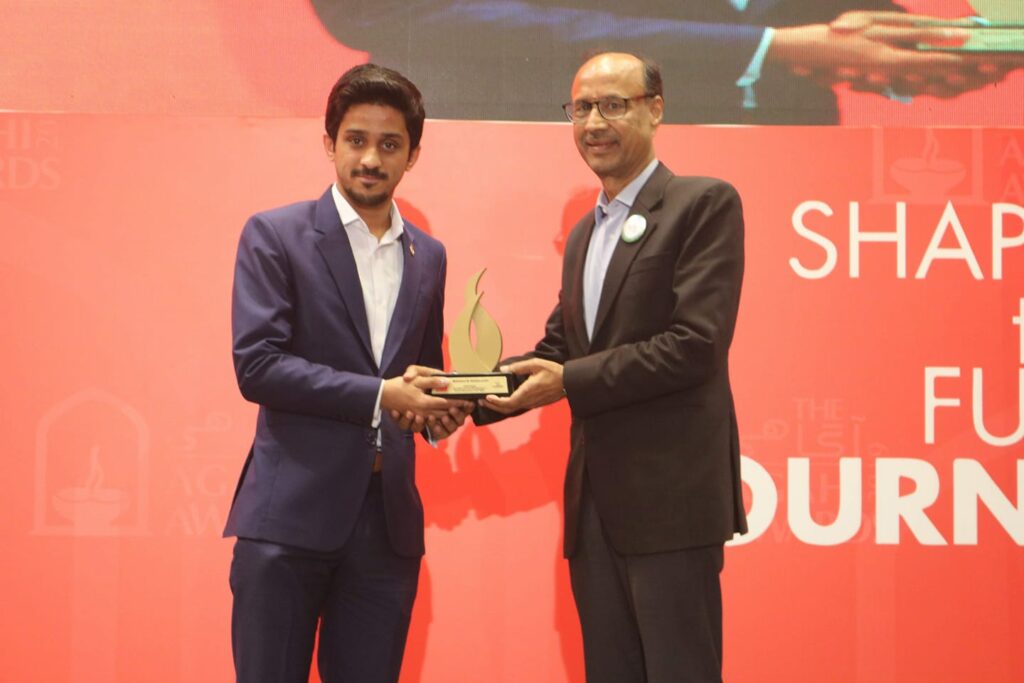 Shahab: Well to be honest, I think I have been thankful and grateful for these accomplishments. For an engineering graduate to achieve the country’s biggest award for journalism is something that doesn’t happen every day and I am grateful for that. As for my training at BBC, that too has been a remarkable tale. I was selected among the top 100 journalists below 25 for this training program held by the British Council at the Scottish Parliament. There I received training from instructors that worked with BBC and CNN. I think, selecting an engineering student for this prestigious program was only possible after they saw my passion and experience within the field. I therefore, believe that our degrees cannot dictate our future or passion. If someone has a talent for something great, they should pursue it no matter the degree program they are enrolled in as the life is the canvas and we are the artists. As of now, I am currently pursuing a Master’s degree in journalism in the Erasmus Mundus program.

Interviewer: Shahab, in your opinion, what is the future for media; electronic, print or social media?

Shahab: I always stress on this fact from time and time again that social media is not only the future but it’s the present as well. Social media is now becoming the most credible form of media these days and with this the electronic and mainstream media is slowly coming on its deathbed. Similar to those journalists that stuck with print media during the rise of electronic media a few decades back, those who are thinking that electronic or mainstream media will be efficient in the future are clearly making the wrong move.