A new study has concluded that there is a very important correlation between healthy eating and a child’s success in school.

The study concludes that if you want your child to be successful in school and give a high-level performance he/she needs to be on a healthy diet.

Doing well in school is not an option these days. Everyone wants their children to pass with flying colors as this is the stepping stone for future success in life. It is also very important for most countries and a source of national pride that their children excel in schools.

The study suggests that we need to focus on a nutrient rich diet for our children. A diet that includes health promoting foods which support the body’s systems and metabolic balance.

The focus should not only be eating a healthy diet but also that we help our children eat less refined foods that are poor in nutrients.

If a child has an organized eating plan it will definitely help with school performance in addition to better health and wellness.

The effects of breakfast have been studied in detail and the results suggest that a good breakfast improves academic performance.

During a study at a Boston school, it was observed that children who rarely ate breakfast were 40% more likely to perform poorly in math and reading.

The study also documented that children who ignore breakfast take more days off from school and have more days being tardy.

It’s not just breakfast that is important but breakfast which is nutritional is what matters. Yes, calories are important too but children need slow-digesting foods that are rich in protein, fiber, vitamins, and minerals.

Sugary, refined cereals or breakfast bars are the worst breakfast foods as these spike a child’s blood sugar. As a result of this the child becomes restless and hungry in a little over an hour after breakfast.

Another test carried out in Nova Scotia, Canada, on 5th graders concluded that students that ranked in the top third of the class in terms of overall diet quality were 40% less likely to fail on at least one component of the test.

It is also documented that fruit and vegetable intake is a significant factor for lowering the risk of failure on components of the literacy test.

In addition to fruits and vegetables, fat is also important to children’s diets. The study noted that children between 6 and 16 displayed a significantly poorer reading performance and poorer short-term and working memory if they have too much saturated and too little polyunsaturated fat in their diets.

So it is now an established fact: if you want your child to succeed in life a good and balanced diet during their childhood is very important. 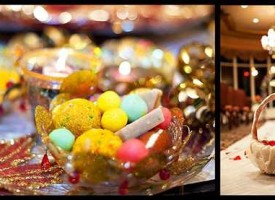