“Inside the only room of the house, a three-year-old girl … was lying on the floor with her hands and feet tied.”  “She was in a semi-conscious state, and her mother was sitting beside her.” “…the couple had lit a number of candles around the child, which police believe was part of some magic ritual. Police also found printed material containing black magic chants and other information.”  The scariest part: it happened right here in Karachi.

Occult arts like black magic (kala jadu) have been practiced for thousands of years.  Judging from the ubiquitous graffiti about ‘aamils and kala jadugars on the walls of our cities, it seems like a good business.  Do you remember Gogya Pasha Kala Jadugar  from the nineties?  Most of these ‘aamils are without a doubt fraudsters, who benefit from the weakness of the afflicted ones.  Despite strict admonition in the Quran and ahadith about the people who engage in such activities, an ever increasing number of people among us are resorting to such evil means.

According to Abdullah ibn Mas`ud, “Anyone who goes to a diviner, a practitioner of magic or a soothsayer, asking something and believing in what he says, denies what was revealed to Muhammad.”

What Does the Quran Say About Magic?

Many people don’t believe in magic or other super normal phenomenon but the Qur’an talks about magic in a number of places such as here:

“They followed what the evil ones gave out (falsely) against the power of Solomon: the blasphemers were, not Solomon, but the evil ones, teaching men Magic, and such things as came down at babylon to the angels Harut and Marut. But neither of these taught anyone (Such things) without saying: “We are only for trial; so do not blaspheme.” They learned from them the means to sow discord between man and wife. But they could not thus harm anyone except by Allah’s permission. And they learned what harmed them, not what profited them. And they knew that the buyers of (magic) would have no share in the happiness of the Hereafter. And vile was the price for which they did sell their souls, if they but knew! “  (Al-Baqara, ayah 102)

Why Do People Turn to Black Magic?

The reasons for using black magic are as varied as the people engaged in it, but some of the most common reasons include:

How is Black Magic Done?

The person who practices black magic submits himself to Shaytan (the devil) and seeks his help by performing various rituals like casting spells through chants. Animal and even human sacrifices are done to achieve evil objectives. Secluded places like graveyards are commonly used for these activities. Black magic practitioners use various personal articles to cast spells on their victims including their hair, nails, used clothing, dolls, etc.

Often people who are struck by black magic seek help from black magic practitioners.  This is exactly the wrong approach because sehar or evil can’t be cured with the same.  The antidote has to be the opposite, which means using good against the evil.  A number of treatments have been prescribed to cure sehar (magic) including:

Do you have any personal stories about black magic you would like to share? Do you know anyone who was cured? Please share in the comments below. 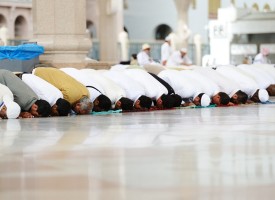