Why do we need to follow a specific madhab or school of jurisprudence (fiqh) when we have direct access to Qur’an and Hadith, which are the sources of this knowledge?

This question that echoes in the minds of many Muslims is of great importance as it directly relates to our lives in this world as well as in the hereafter.  It is possible for all Muslims to learn about the fundamental beliefs of Islam like Tauheed and about general ethics directly from the translations of Qur’an and Hadith.  However, understanding Islamic jurisprudence (fiqh), which forms the foundations of our everyday life, isn’t practically possible for most, except a very small number of scholars who have the requisite knowledge base and training.  This is a slippery slope because while the text of Qur’an and authentic Ahaadith is free from error, its interpretations aren’t.  So anybody who tries to deduce conclusion without proper training in ijtihad is liable to make errors.

“Not all of the believers should go to fight. Of every section of them, why does not one part alone go forth, that the rest may gain understanding of the religion, and to admonish their people when they return, that perhaps they may take warning” (Qur’an 9:122)

Any mention of fiqh can’t be made without talking about the four great imams of fiqh and their schools of thought.  Imam Abu Hanifa, Imam Malik ibn Anas,Imam Shafi`i, and Imam Ahmad ibn Hanbal are the luminous stars of the sky of Islamic jurisprudence.  It is very important to note and realize that despite the differences of opinion in the matters of fiqh, these blessed souls had nothing but the utmost respect for each other.

First of the four great imams of fiqh, Nu`man ibn Thabit, Imam Abu Hanifa was born in 80 A.H. in Kufa.  He is known as imâm al-a`zam (the greatest imam) and called “The Imam” by Abu Dawud.  His school has the largest number of followers among the four imams.  He was the only tâbi`i (who met with the companions of Prophet Muhammad peace be upon him) out of the four luminaries.  He had the privilege of seeing Anas ibn Malik, Sahl ibn Sad as-Sa’idi, ‘Abdullah ibn Abi Awfa and Abu al-Fadl Amir ibn Wasila.

He was the pioneer in classification and compilation of fiqh.  One of the biggest contributions of Imam Abu Hanifa is that he organized fiqh into functional sub categories starting with tahara (purification).  All other imams and scholars followed his organization. He is known for his unparallel knowledge of fiqh and skill in qiyaas as well as taqwa and an amazing memory.

A quote attributed to Imam Shafi’i states that a person who wanted to specialize in fiqh should read Abu Hanifa’s books.  Abdullah Ibn Mubarak said, “I have not seen another specialist as learned as Abu Hanifa in the knowledge of fiqh.”  Sufyan al-Thawri encapsulated all of the qualities of imâm al-a`zam in this statement, “This man holds a high rank in knowledge, and if I did not stand up for his science I would stand up for his age, and if not for his age then for his God wariness (wara`), and if not for his God wariness then for his jurisprudence (fiqh).”

Qadi Abu Yusuf , while describing imam Abu Hanifa’s personality, said, “As far as I know,  Abu Hanifah was extremely pious, avoided forbidden things, remained silent and absorbed in his thoughts most of the time, and answered a question only if he knew the answer. He was very generous and self-respecting, never asked a favor of anybody, shunned the company of the worldly-minded and held worldly power and position in contempt. He avoided slander and only talked well of people. He was a man of profound learning and was as generous with his knowledge as with his money.”

Despite being regarded as one of the greatest contributors to Islamic jurisprudence, Imam Shafi`i openly acknowledges the stature of Imam Abu Hanifa.  “People are all the children of Abu Hanifa in fiqh.”

During the reign of Caliph Mansur of the Umayyad dynasty, Imam Abu Hanifa was offered the seat of Qaadi but he refused and was imprisoned thereafter.  In 150 A.H. he was reportedly poisoned by the orders of the caliph and passed away.

Imam Malik ibn Anas was the second of the four great imams of fiqh. He was born in 93 A.H. in Madinah.  He had great reverence and respect for his birthplace and to show his respect, he never rode an animal inside Madinah.  He studied under the finest teachers like Nafi’Abul-Zanaad, Hishaam bin Urwah bin Zubair, Abdullah bin Dinaar, Muhammad bin Muslim bin Shihaab al-Zhuhri and a number of other notables.

Muwatta (“the Approved”) is his seminal work that contains the most authentic and sound ahadith and sayings of the companions of Prophet Muhammad (pbuh).  Imam Shafi`i considers it the most correct and the most beneficial book on earth after Qur’an.  According to Imam Malik, he had seventy jurists of Madinah examine Muwatta and each one of them approved it.  He was extremely careful in narrating hadith and said, “I do not accept knowledge from four types of people: a person well-known to be foolish, even though all the other people narrate from him, a person involved in committing heresy and calling others towards innovation in Deen, a person who lies in regular conversation with people, even though I do not accuse him as liar in regards to Hadith, a person who is pious worshipper or scholar, but does not properly and correctly memorize what he narrates.”  His chain of narration (from Malik from Nafi’ from Ibn Umar) was called “the golden chain of narrators” by Imam Bukhari.

He was regarded in the highest esteem by other three of the great imams.

Imam Shafi`i says, “If Malik and Ibn Uyainah where not here, the knowledge of Hijaaz would be gone.”

Imam Ahmed bin Hanbal praised him, “I compared Imam Malik to Awzaa’eey, Thawri, Laith, Hammaad, and al-Hakam in knowledge, and he is the leader in Hadith and Fiqh.”

Imam Abu Hanifah said while acknowledging his qualities, “I have never seen anyone more fast understanding, correct answering, and test-taking than Imam Malik.”

After a brief illness he passed away on the 11th of Rabi-ul-Awwal in the year 179 A.H. and was buried in Janatul Baqi in Madinah.

Imaam Muhammad bin Idris Shafi`i was one of the greatest imams of fiqh.  He was born in 150 A.H. in Palestine, the same year as Imam Abu Hanifa died. He shared the lineage with Prophet Muhammad (peace be upon him).  With very humble beginnings, he came to Makkah at the age of 10 where he began his formal education.  He studied fiqh from teachers like Imam Shaybaani who was one of the famous scholars of the Hanafi School of fiqh, Muslim bin Khalil al Zanji, Sufyaan bin Uyayana and Imam Maalik bin Anas.  He had an amazing memory which enabled him to memorize Qur’an by the age of seven and by the time he turned 15, he had memorized Muwatta.

Imam Shafi`i is attributed with two madhahib; al-qadîm (the Old) from his stay in Iraq and al-jadîd (the New) from his stay in Egypt.  Al-jadid forms most of the Shafi`i fiqh except in a limited number of cases where scholars have followed al-qadîm.  The most famous works of the imam include Kitab al-Umm (the source of al-qadîm) and Kitab al-Hujja (the source of al-jadîd).  A significant contribution of imam Shafi`i is the distinction between good bid`a and bad bid`a. In his words, “Therefore, whatever innovation conforms to the Sunnah is approved (mahmûd), and whatever opposes it is abominable (madhmûm).”

He is known for his mastery of the Arabic language, eloquence, humility, and knowledge of hadith. As acknowledged by Imaam Ahmed bin Hanbal, “Our napes were in the hands of the Companions of Abu Hanifah (RA) when it came to hadith (i.e. we were inclined to them more) until we saw Imaam Shafi`i, he was the most knowledgeable in the Book of Allah and the Sunnah of Rasulullah (Sallallahu Alaihi Wa Sallam) that he would even suffice one who was not well informed in Hadith.”

On another occasion Imaam Ahmed bin Hanbal said, “When I am questioned about some matter that I do not know of I say to myself Imaam Shafi`i knows about this and he will have some say in it, because he is an ‘Alim (Scholar) of Quraish. And the Prophet (Sallallahu Alaihi Wa Sallam) said, An Alim of Quraish fills the earth with knowledge.”

He met with his creator on the last day of Rajab in Egypt in the year 204 A.H.

Imam Ahmad ibn Hanbal also referred as “Sheikh ul-Islam” and the “Imam of Ahl al-Sunnah, was born in Baghdad in 164 A.H.  He started learning fiqh from the famous Hanafi scholar Qadhi Abu Yusuf but later discontinued the study of fiqh in favor of hadith.  He was an authority in many disciplines including Hadith, fiqh, tafsir, science of abrogation, theology, recitation of Qur’an, and Arabic language.

In addition to Masnad, his exceptional collection of Hadith, Kitab al-Zuhd is also considered to be an influential work in Islamic heritage as well as Kitabul A’maal, Kitaabut Tafseer, Kitaabul Naasikh wal Mansookh, Kitaabul Masaa’il and Kitaabul Fadaa’il.  He strongly believed in the orthodox doctrine of Islam and propagated it.  He wrote two important books on the orthodox religious doctrine, the Kitab al-Sunnah and al-Rad ‘Ala al-Zanadiqah wa al-Jahmiyah.  He was a great jurist but was reluctant to give fatwa. Al-Mukhtasar by al-Khiraqi is the first written manual of fiqh and an introductory work on Hanbali fiqh.  Some of the notable Hanbali scholars include Abdul-Qadir al-Jailani, Allama Ibn al-Jawzi, Ibn Taymiyah, Ibn Qayyim al-Jawziya, Muhammad b. Abd al-Wahhab.

One of the most significant events of his life was the trial of ‘khalq-e-Qur’an’ (creation of Qur’an) during the reign of Abbaside caliph Ma’mun.  Mu`tazila had instigated the belief that Allah created His speech as a distinct entity and called it the Qur’an.  This was against the orthodox Muslim belief.  The caliph forced all of the scholars of the time to accept this belief and most of them did but Imam Ahmad completely disregarded the pressure and refused to accept this heresy.  As a result, he was imprisoned and severely tortured for over two years.

He was highly regarded by the likes of Imam Shafi`i, who said, “I left Baghdad, and I did not leave behind me a man better, having more knowledge, or greater fiqh (understanding), nor having greater taqwa (piety) than Ahmad Ibn Hanbal.”  According to Abu Dawood, “The lectures of Ahmad were sittings of the Hereafter. He would not mention in them anything of the worldly affairs; and I never saw him mention this world.”  The famous Hanfi scholar Yahya ibn Ma’in praised him in these words, “I have not seen the like of Ahmad, we have accompanied him for fifty years, and he never boasted about anything from the good which he was characterized with.”

After a brief illness he took his last breath on Friday, the 12 of Rabi’ al-Awwal 241 A.H.  His funeral procession was perhaps the largest in the history of Arabia; over one million people attended the funeral.

Hasan Saleem is a seasoned Web professional with experience in planning, launching, and operating successful Web-based ventures. His business experience covers, Web design, Search & Social Media Marketing, and team management to bring it all together 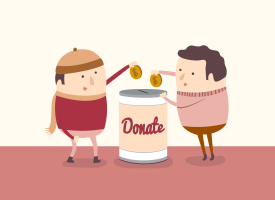