“I couldn’t come yesterday; sorry to make you wait.” How many times have we either heard or said this sentence or something to the same effect?  This may seem like something trivial to most of us and we don’t give it even a second thought.  However, in reality, this is a serious matter that we should be concerned with.

According to Webster’s dictionary, “[a promise is] a declaration that one will do or refrain from doing something specified.”  It also means, “Assure someone that one will definitely do, give, or arrange something; undertake or declare that something will happen.”

These definitions are quite clear in their meaning, but apparently this is not how we perceive promises.  Most people consider it a promise or commitment when someone expressly says that “I promise to…”  However, this is not how it works.  When a person tells another that he/she will do or refrain from something, it automatically becomes a promise/commitment.

The most Common Broken Promises/Breach of Commitments

Not Keeping an Appointment: This is one of the most common forms of not fulfilling commitments or breaking a promise.  Almost every day in our lives we tell family members, friends, co-workers and other people that we will be some place at a specific time or we will meet them at a certain time.  But when that time comes we are nowhere to be found and all we do is apologize when we see that person again, whether it is after a week or a month.

Sometimes this breach of commitment happens for a legitimate reason; so if you are unable to make an appointment, call the person and let them know that you are unable to meet with them.  The act of not showing up for an appointment not only causes inconvenience to the other person whose time will be wasted, it also causes anger and ill feelings between the two parties.

Misuse of ‘Insha Allah’: People express their intention to do something and use the term ‘insha Allah’ very frequently.  However, quite often it is said without having any real intention of doing the promised act.  People say this just to get the other person off their back. For example, when you meet someone and they invite you to their house, you say InshaAllah but in the back of your mind you know that you are not really going to make an effort to go to their house. We must realize that the real meaning of the words ‘Insha Allah’ is that ‘I fully intend to do this thing, and I will definitely do it unless Allah prevents me from it‘.

Making a Promise without Intending to Fulfill It: At times it can be difficult to get your children to listen to you or do the things you want them to do.  Suppose you want your child to eat his meal but he refuses to do so, what do you do?  Many parents tell their kids that they will get ‘this’ or ‘that’ if they do as they are told.  How many times do parents actually fulfill these promises?  Such promises often go unfulfilled and the parents don’t even realize that they are constantly breaking promises and even worse they make promises without intending to fulfill them.  Making promises without intending to fulfill them should not be taken lightly because it is considered ‘lying’ and we all know what that means. Worse still, our children pick up on this bad habit and begin imitating us.

“Three traits single out a hypocrite, even if he prays or fasts and claims to be Muslim: If he speaks, he lies. If he makes a promise, he does not keep it. If he is entrusted, he betrays the trust.” [Bukhari and Muslim].

Imam Ghazali while commenting on this hadith says that it refers to people who make promises without any intention to fulfill them or who change their mind later without any legitimate reason. 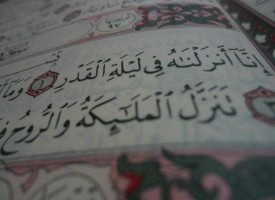