Long beard, shalwar kameez (shalwar above ankles), black abaya, an ‘astaghfar!’ here, a ‘tauba tauba!’ there. What comes to your mind? EXTREMIST TALIBANI people, who disrespect women, keep them locked up like cattle, explode at opportune moments and are so conservative that they’ll soon categorize the iPhone as haram! Right?

Well I’m not going into that debate today. Instead, let me throw some more words at you and see what they bring to your mind:

Sleeveless, spaghetti string, tank tops, drain pipe jeans, nose in the air as if everyone else stinks, clothes so thin they leave little to the imagination, utter disrespect for parking laws (sometimes all laws), Urdu yuck! Dupatta huh? Cleavage YES! The other side of the bridge.

NOW what comes to mind? ‘Burger’ maybe? Well, I refer to this phenomenon as ‘Liberal Extremism’.

Everywhere you go these days in Pakistan you hear about the religious fanatics, but why doesn’t anyone care to talk about this liberal extremism? I personally think this segment of our society has taken to the other extreme. 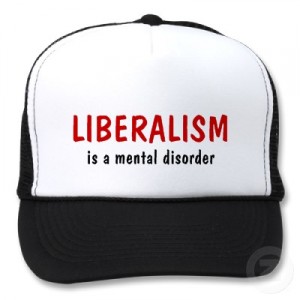 It’s very easy to gang up on a person who won’t allow his wife or daughters to work and tells them to cover up, but what about the person who drinks alcohol, doesn’t know where his daughters (or wife) are, whether it’s morning or the middle of the night, and happens to have this very close female friend that his wife doesn’t know about. Isn’t this another extreme?

For our beloved elite, underground dance parties are the rage nowadays where drinking is the norm and the venue is marked with valet parking and bouncers.
Okay fine! I’ll stop with the one way traffic and give you the liberals’ perspective too: It’s our life! We can do whatever we want to do, and we don’t meddle in other people’s business….

Hmmm… Does anyone recall the Mehran being smashed on Sea View by a member of our humble elite? Or the party where a Bugti grandson was killed? What about the in-your- face, ‘thought provoking’, lawn adverts?  Or the articles in a famous English daily about a lesbian and gay man coming out of their shell?

Aren’t these things just as influential and just as bad as the other extreme is perceived to be?

If we want to raise a finger against women’s oppression by religious extremists, shouldn’t we also raise our voices against women being exploited in the name of art and fashion? Do we choose to remain silent because it’s politically more expedient to do so?

Don’t get me wrong… I’m not someone who’s against women driving or shopping and I’m a huge supporter of education for women; but there should be a limit to everything. Yes…  Even liberalism!