Chauncey Lamont Hawkins, also known as Loon in the music world, embraced Islam and changed his name to Amir Junaid Muhadith. On May 26, 2010 he opened up to the public and gave a speech in Canada talking about the change, the reasons behind it and the effect that Islam has had on his life. He now travels the world to speak to teenagers from all different backgrounds and talks to them about inspiring events in life. 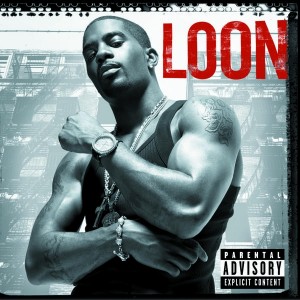 Loon had worked with P. Diddy’s Bad Boy Records. He then went on to release his self-titled debut album and all together sold over 7 million copies. His most famous work was as part in P. Diddy’s “I Need a Girl Pt. 1” in 2004. He was one of the most popular and anticipated artists of his time, however during the peak of his career he turned towards the more attractive Islamic way of life.

One of Loon’s most popular quotes from his interviews is “Bad Boy days are over, now I’m what you call a good boy”.  One of his top reasons for converting to Islam was the lifestyle that went hand in hand with the music industry. In numerous reports he has said that Islam has brought him the peace of mind that he previously searched for in music. He always loved the music but it was the immoral lifestyle and dirty business that turned him away from the industry.

The remarkable change began with his visit to Abu Dhabi, where he found the culture and morals of the Arab people highly refreshing. He highly admired the regular trips to the mosques that people made for their daily prayers. This first person view of the religion made him question the portrayal of Islam in the western media. He eventually found true happiness and peace, which all his fame and wealth were not able to give him. Seeing the positive change in his life both his wife and son also embraced the religion. 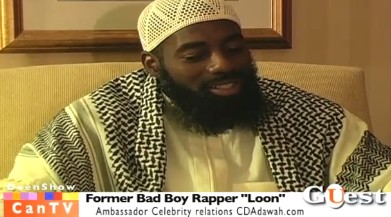 All over the internet the reaction of fans to Loon’s conversion have been mixed. It appears to be a near 50/50 split with some applauding him for making a transition to better his life, to those who think he’s made the wrong decision. It may be that his fans simply miss the music that Loon once gave them and everyone will eventually come to be accept his new lifestyle.

What the Future May Bring

Amir currently has devoted himself to studying Islam and understanding the true faith as best as possible. Many people have asked him if he will eventually return to the music industry. He answers saying that music has always been a great love of his life, however he currently has to protect himself from how the media may exploit any digressions between music and religion.

If you would like to learn more about the new Loon (Muhadith) and his reasons for accepting Islam, please visit the following links:

Rap Singer Loon Talks About His Spiritual Journey To Islam