The world of Islam was besieged by numerous enemies and threats including the despotic rule of Tartars in various Muslim territories and their continuing invasions, the aggression of the crusaders, and Christian evangelical movement aimed at weakening the Muslims’ belief through theological and philosophical debates.

The Muslim nation was also being enfeebled from the inside by innovators such as the Batinites, misguided Sufi sects like Rafaa’iyah, and from the infusion of un-Islamic beliefs into Muslims by dhimmis. The society was rife with theological debates, philosophical arguments and heretical beliefs.  There was hardly any opposition to these threats on any front.  The majority of the Muslim scholars had become mere followers of their predecessors and considered any deviation from their teachings a sin.  The vitality and dynamism of Islamic sharia’ah disappeared with the demise of ijtihad.

These were the times in which Shaykhul Islam Ibn Taymiyyah was born.

He received his education from over 200 eminent scholars of his time beginning from the Sukkariyya Hadith School in Damascus.  After memorizing the Qur’an, he studied Arabic grammar, hadith (the ‘Musnad’ of Ahmad bin Hanbal, the ‘Sahih Bukhari and Muslim, the ‘Jami’’ of at-Tirmidhi, the ‘Sunan’ Abu Dawud, an-Nasa’i, Ibn Majah) and lexicography.  Afterward, he also mastered logic, philosophy and theology.  At the age of 19 he started giving fatawa and took the fiqh chair at the Hanbaliyya School in Damascus after the death of his teacher Ibn al-Munajja.

Mastery of the Qur’an, Hadith and Fiqh

He had an amazing understanding of the Qur’an and had the ability to derive volumes of knowledge from it.  By using the explanations of earlier scholars and the linguistic miracles of the Qur’an he offered his comprehensive exegesis.  His knowledge was so immense that he would spend hours explaining a single verseof the Qur’an.

Ibn Taymiyyah had an enviable command of the Prophet Muhammad’s (peace be upon him) Sunnah and ahadith.  His knowledge encompassed the Prophet’s life, actions, hadith, battles, decisions (legal) and almost every other aspect of his life.  He knew the exact sources of the ahadith that he quoted or used in his writings including the status of the ahadith, whether they are sahih, daeef, hasan, etc.

His status and expertise as a Mutfi is acknowledged by scholars of the highest stature.  He started giving fatawa when he was only 19 years old.  A compilation of his fatawas was arranged in seventeen volumes and answers to 40,000 issues were compiled by his students and other companions.  His grasp of all of the sources of Islamic knowledge is evident in his fatawas, which are so comprehensive and scholarly that each answer can be turned into a book that would take average scholars a long time to compile.

His encyclopedic knowledge was praised by Kamaal ad-Deen Ibn az-Zamlakaanee, in these words, “Whenever he was questioned on a particular field of knowledge, the one who witnessed and heard (the answer) concluded that he had no knowledge of any other field and that no one possessed such as his knowledge.”

As much as he was revered, Shaykh al-Islam Ibn Taymiyyah was also fiercely opposed and lamented by many of the scholars of his time.  These are some of the major allegations that were leveled against him.

He is alleged to have the belief of tashbīh, according to which, Allah is compared with living things as having a body with parts.  Ibn Taymiyyah’s writings (Kitabul Wasitiyyah) clearly show that he did not subscribe to this belief.  His belief in this regard was similar to the salaf who did not believe in tashbīh or taʿṭīl.

He is accused of having the belief that Muslims should not visit the Prophet’s grave.  What Ibn Taymiyyah really taught in this regard is that it is unlawful to visit a certain grave with the intention of worshipping near it.  He explained in his book  Iqtida Siraat al-Mustaqeem that such visits give rise to the belief that ibadah (worship)is more acceptable near these places.  In this regard he also refers to the hadith which states, “Do not travel except to three Masjids, al-Masjid al-Haraam (in Mecca), the Prophet’s (salallahu alaihe wa-sallam) Masjid and Masjid al-Aqsa.”

It is claimed that he completely rejects intercession or tawassul.  He only rejected the intercession that was against the teachings of the Qur’an.  He strongly affirmed the intercession of Muhammad (peace be upon him) on the Day of Judgment.  He taught that the traditional intercession lacks the two conditions: Allah alone chooses the person who can be an intercessor and Allah also chooses the people on whose behalf intercession can be invoked.  According to him, there are only three legal types of tawassul: through the names and attributes of Allah, through a Muslim’s own good deeds, and through pious people who are alive.

He was against following a particular Madhab and gave more weight to Ijtihad.  He was not at all prejudiced against madhahib; instead, he was against blind taqleed and unquestioning conformity to a madhab.  He stressed on reopening the doors of ijtihad so that the dynamic nature of Islamic shari’ah can be revived.

A Man of the Sword Too

Shaykh al-Islam Ibn Taymiyyah not only defended Islam by the pen, but also, when the need arose, by the sword.  He strongly believed in, supported, and took an active part in armed resistance against the infidels of the time.  He participated in all forms of Jihad, i.e. by the heart, by the tongue (or pen), and by the hand.  He was one of the bravest people seen on the battlefield.  His bravery and presence led Muslims to defeat the Tartars in the famous battle of Shaqa’ab.  He said about this battle, “This was a magnificent victory, the like of which the Muslims had not seen [in that age]: the imposing edifice of the Tatar kingdom, that had humiliated the people of Islam, was never routed or defeated the way it was defeated at the gate of Damascus in the great battle.”

Just like the large part of his life, the Shaykh took his last breath in prison.  On the 22nd of Dhu al-Qi’dah in 728 AH, he met his Creator.  As soon as the news of his death spread, Damascus went into mourning with people dropping whatever they were doing and joining the funeral of the shaykh. The city of Damascus had never seen a funeral like this before where the people affirmed the true stature of this great Mujaddid.

“If I had to swear standing between the corner of the Ka’bah and the spot of Ibrahim, I would swear that I have not laid my two eyes on anyone like him, nor has he seen anyone as knowledgeable as himself.” – Hafiz Dhahabi

“Ibn Taymiyyah interpreted the Qur.aan and Sunnah, established the superiority of Islam over heresy, philosophical concepts and other faiths and contributed to a genuine revival of religion after a deep study and deliberation that was necessary for lighting the religions and intellectual waywardness of the time. Seeking to surpass his opponents he mastered the methodology employed by them to attack Islam. In fact, his learning, his erudition, his intellectual attainment and his mental grit always left his adversaries spell bound.”  – Maulaana Abu al-Hasan ‘Ali Nadvi

May Allah grant this ummah another scholar and warrior like Shaykh Al-Islam Ibn Taymiyyah! 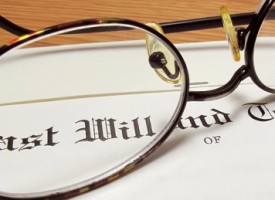