On December 11, the Economic Coordination Committee (ECC) under headship of Finance Minister Ishaq Dar approved the 60-pager Telecommunications Policy 2015 that was floated by the Ministry of IT & Telecom (MoITT) in consultant with Pakistan Telecom Authority (PTA).

This report stands out not just because of its clarity but also because it is one of the most comprehensive policy documents which will directly affect future investments in Pakistan’s bustling telecom and ICT sector. A major chunk of Foreign Direct Investment (FDI) goes into the telecom sector, with majority of stakes by international giants such as VimpelCom Ltd and Nortel Networks Corporation. But then again, this also takes into account Internet Service Providers (ISPs), fixed, mobile and satellite, who hold major sway over the local market.

I have thoroughly examined the document in its final form, as uploaded on the MoITT’s official website. As an ordinary citizen of Pakistan (or “netizen”, to be technologically-precise), I will summarize the most notable features of the policy for my fellow countrymen as follows:

Voice over Internet Protocol (VoIP) and Over-The-Top (OTT) service providers, which include free communication apps/messengers such as Skype, WhatsApp, Viber, LINE Messenger, Facebook, Twitter, etc will have to formally register with PTA and obtain licenses either directly or through approved intermediaries in the local market to continue offering facilities. This will entail these firms to install devices in Pakistan which will ensure that PTA will regulate their activities, manage their content and, perhaps most importantly, telecom operators will reduce losses incurred because of increased reliance on free OTT services.
A report published in November 2014 titled ‘OTT Partnerships For Success’ had predicted that more than two thirds of smartphone users would use OTT services for communication by 2017 because of its near-zero cost and reliability. It further notes:

“OTT providers have been around for some time and are not likely to give up on their ambitions to sell to mobile users. This leaves operators with the option to tackle OTT providers head-on, by blocking OTT services or creating competing services of their own, or to find a way to work with them for mutual benefit, in order to drive revenue and create a sustainable business in the longer term.”

A confrontation between OTT service providers and telecom operators seems highly unlikely in Pakistan because it is socially and economically unaffordable for the sector which is still in its infancy stage. Socially as in the fact that a sizable chunk of the Internet-using Pakistani citizens use these facilities, and economically unviable for the fact that telecom operators would rather get some portion of revenue from the OTT service providers instead of demanding their closure altogether. To make up for this shortage, some operators have signed revenue-sharing agreements with these providers in exchange for privileged, high-speed access to their facility. For example, Mobilink had partnered with LINE Messenger in August last year for this very reason.

In short, these VoIP/OTT services will no longer be available for free but will rather be charged by our ISPs (mobile, broadband or satellite).

It is unfortunate and quite unbelievable that Pakistan does not have any national Internet Exchange Point (IXP), let alone further regional IXPs in provincial capitals and other major cities. As the largest nationwide distributor of Internet packets, PTCL operates a so-called ‘Pakistan Internet Exchange (PIE)’ which is actually the country’s default upstream ISP for other private ISPs that has nodes in cities such as Rawalpindi/Islamabad, Lahore and Karachi, where all international gateways land.

Reportedly, PTA is in talks with Internet Society (ISOC) to setup Pakistan’s first proper IXP in Islamabad by January 2016. Bear in mind that the existing PIE setup was reportedly compromised after revelations by former NSA contractor Edward Snowden revealed the British communications intelligence agency GCHQ had gained access to it. Thus, the inclusion and mention of plans to establish nationwide IXP and gateways will ensure better connectivity, improved speed and, most importantly, reduce potent network security threats from hostile enemy agencies. 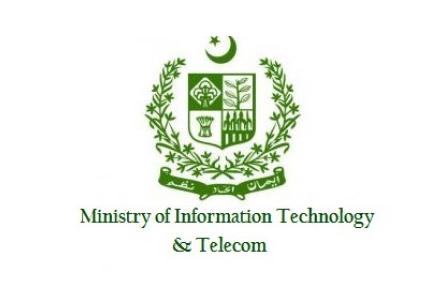 The new policy mentions that steps will be taken by all concerned government organizations to define and then mark Pakistan’s digital borders i.e. its national territory in the electromagnetic sphere. In my view, this is a phenomenal undertaking and certainly not an easy task, since the nature of cyberspace as a domain is asymmetric and seemingly ‘boundless’, like Outer Space. Anyhow, the government appears serious in ensuring that by doing so, the critical information and communication infrastructures will be secured.

This initiative will also be backed by MoITT and PTA with the establishment of what has been called a “multi-stakeholder framework” to assess national ICT traffic and gauge the extent of cyber threats such as malware, etc and other such attempts by state and non-state actors to damage the integrity of Pakistan’s communications infrastructure. It will also significantly help in identifying grey areas and loopholes to improve market performance and enhance deliverables for the end user.

A key feature of the new telecom policy is a less enthusiastic counterpart of the ‘Digital India’ program spearheaded by Indian Prime Minister Narendra Modi. MoITT envisages the USF as a fund to provide telephone and broadband services. Also planned is the setting up of telecentres in remote areas for deserving people, which, in turn, will be an extension of the government’s e-governance initiative.

Public wi-fi hotspots are part of the USF program and while this may sound revolutionary, it does not guarantee fair and just use. I believe the example of ‘Metro Wi-Fi’ deployed on Metro Bus routes is an example in itself. Promoting free connectivity services is, in my opinion, useless, unless people in remote areas are given at least hands-on basic knowledge about how to use the computer and access the Internet.

An announcement on the MoITT website shares with excitement and fervor that initiatives such as USF will “act as a catalyst towards achieving knowledge based society with digital inclusion of all segments of our society”. Never mind the technical jargon used senselessly, the vision of a ‘knowledge-based economy’ (as pushed vigorously by India) is far from reality because according to latest available statistics, only 14.6% (roughly 29.1 million) Pakistanis are currently connected to the Internet. This figure might seem suitable enough for Pakistan but when viewed from an Asian continental perspective, we are lagging far behind.

Reports in the press quote industrial/corporate sector operators as saying that the new policy is a positive development, which is heartening. Although I have my fair share of skepticism, especially with regards to the amount of interception facilities offered to LEAs, I still admire the details clarified exceptionally in the document which addresses any and all concerns which could arise for the ICT sector.

Compared with a rather vague and amateur national telecom policy formulated by our neighbor India, I believe we’ve done a pretty good job.