Pakistan’s Interior Minister Rehman Malik believes that Pakistani children grow up faster due to the country’s hot climatic conditions and by eating spicy foods. He made such remarks while expressing his views on not raising the age of criminal responsibility. Anyone can vouch for the fact that Rehman Malik is not the right person to evaluate how children grow up. Though spices are an essential component of food ingredients in Pakistani cuisines, but for children it is not the case as they like sugary stuff rather than spicy.

In sight of the law, a person is responsible for his civic duties from the age of 18, when he is allowed to get a driver’s license, can drink and gamble (in countries where these are considered legal) and can live independently owning a property under his own name. Also, he can be an independent witness in a trial without any legal guardian for his or her supervision according to laws in some countries. 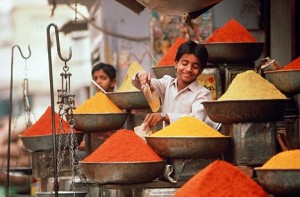 Under the Sharia law, children become mature and independent beings when they reach the age of puberty which is again the teenage years, starting at the age of 13. Even Islam does not hold a child criminally liable till 13 years of age. In many parts of the world, the age is minimum 12 and in other places it is 14. Under the United Nations guidelines, the minimum age is 12. In Pakistan, it is seven unfortunately, due to which there are juvenile jails. Rehman Malik played a negative role in order to block passage of a bill that would have outlawed child pornography, trafficking and sexual abuse according to a report in The Daily Telegraph. It has been almost three years now that the bill is circling around in the parliament, but it has not gained much cabinet approval due to objections.

What more crimes should be stopped against children in Pakistan other than these very heinous ones? But apparently they are tolerable for the Interior Minister. Hence, there is no criminal law in Pakistan to protect against child molestation and child pornography. A person whether a male or a female, can become a victim of abuse at any given age, but it is the children who especially need to be protected because if their rights of having a self-dignified life is not given by the society and its law at such an early age, then what else will safeguard them against growing up to live negative lives?

Adults know about questionable behavior and harassment and can seek help, but a child is always helpless due to not knowing exactly what is going on and from where to seek help in this matter. The further complication which lies ahead for Pakistan for not raising the age of criminal responsibility is being sanctioned internationally. But when the Ministry of Law and Justice gives such an excuse on the issue, then there is little hope at all. 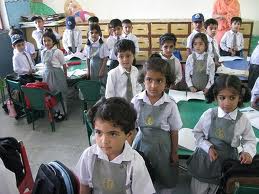 Just for the sake of justifying punishment of young, would-be suicide bombers, the Ministry holds this opinion. Why is it hard for them to only hold young, would-be suicide bombers criminally responsible and the rest of the others, who have committed some other offence, not? When questions on these matters are raised, the Interior Ministry prefers to reserve commenting. The solution is admitting them to rehabilitation centres rather than detention centres or juvenile jails.

The notion that Pakistani children grow up faster than the rest of the others merely because they live in hot climatic conditions and they eat spicy foods is not just unscientific and unproven, but is actually ridiculous. There are many parts of Pakistan where there remains cold weather throughout the year. In fact, the notion that Pakistani children despise eating spicy foods is more appropriate to go with than saying they grow up faster because of it.

Unfortunately, Pakistani children don’t have opportunities to develop their mental and physical strengths due to lack of exercises in both these areas. Hence, there is no doubt about them growing slower than the rest of the kids around the world who have such privileges in schools and through facilities built around their neighbourhood. If a child of 7 years is declared to be a criminal, he or she will never be able to learn what is right and wrong, since the society has already condemned him or her incapable to be involved constructively and contribute with abilities and moral values to the community.