PAF Base Mushaf is also home to the Combat Commanders School (CCS) which is renowned globally for research and development in the field of aerial combat tactics. The Dissimilar Air Combat Training (DCAT) at CCS is revered for the complete freedom which it grants to pilots to form and execute mission plans. The CCS staff and faculty regularly visit PAF fighter squadrons across the length and breadth of Pakistan to evaluate their combat capabilities and improve any grey areas.

A press release issued by PAF’s Media Affairs Directorate shared that PAF ACE will be “one of the very few airpower centres of the world and the first of its class in the region”. This is not an exaggerated claim. As of yet, no other air force in the entire region possesses such a Centre of Excellence. If we carry out a global review of similar centres operating in the relevant domain, only two examples are worth mentioning:

PAF authorities said that the establishment of ACE would synchronize Operations, R&D and Doctrine Development to attain excellence in aerial warfighting. Indeed, such a proactive initiative will yield immaculate results both in the short and long term; this is because PAF appears to be the second service arm of the Pakistan Armed Forces to seriously consider adopting a research-oriented approach toward future ideals. Only through rigorous research, analysis and performance evaluations can existing loopholes be covered. 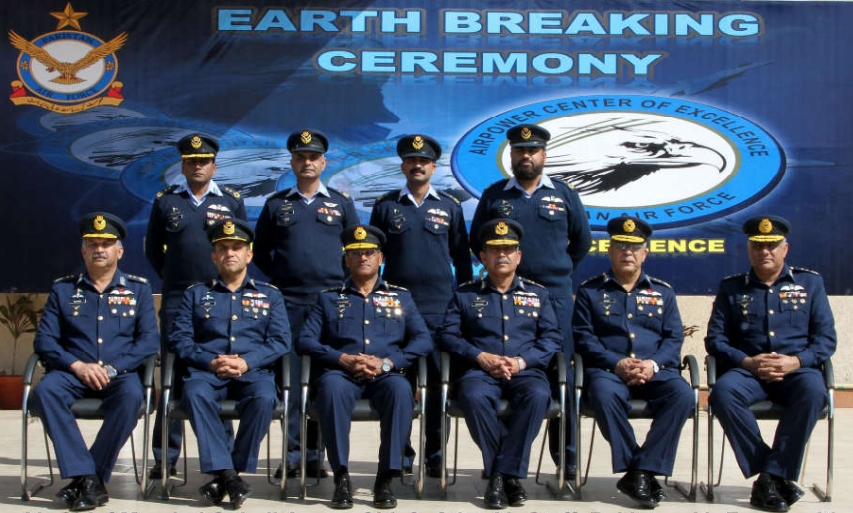 ACE will also foster a culture of intellectual thinking among Pakistan’s air warriors right from the lowest officer rank to Air Marshal level. By encouraging studies into global perspectives on emerging trends of aerial warfare, PAF personnel responsible for Doctrine Evaluation and Development will get the space they need to make necessary doctrinal revisions. According to available information, it has been quite a long time since this happened. In addition, PAF ACE will provide Pakistan’s air warrior community to interact with experts in the private sector, academia and even defence industries. This will help in the exchange of best practices and establish channels of communication for future collaboration, as and when required.

Air Chief Marshal Sohail Aman rightly said that the establishment of PAF ACE would be an important hallmark in PAF’s training regimen. By achieving this milestone, PAF is not only going to produce “fighting pilots” but also “thinking pilots” (academically-speaking). The more perspectives, techniques and technologies which PAF warriors, engineers and staff will be familiar with, the more secure Pakistan’s airspace will be in the times to come.

As we are aware, PAF is conducting joint operations with their colleagues in the Pakistan Army. Azm-e-Nau exercises and later Operation Zarb-e-Azb paved the way for synergized use of force against a common enemy. In the near future, we can expect PAF ACE to foster excellence among airmen in this domain also.

One of the most crucial benefits of ACE will be the indigenous R&D of technologies relied upon by PAF which are currently procured from foreign entities. We can, and should, expect in the coming years for PAF ACE experts to locally manufacture accessories and gadgets for service assets and to establish home-grown jet upgradation facilities.

These are just a few glimpses of the bright future which PAF is heading toward. Indeed, PAF ACE will be a historic milestone in that PAF will be a shining example in the region. It will also become the first Muslim country to have such a facility. There is no future without today, and PAF’s senior command deserves utmost applause for their visionary effort.