Disclaimer: The appearance of US Department of Defence (DoD) visual information does not imply or constitute DoD endorsement. The content below was extracted from a story published on 3rd October 2019 by Airman Brooke Moeder of the 56th Fighter Wing Public Affairs at Luke Air Force Base. Remarks quoted in verbatim have been shared without any alteration.

An Airman from Luke Airforce Base in Arizona (US) was recognised for his efforts in working alongside personnel from Pakistan Air Force (PAF) to monitor the F-16 Fighting Falcon’s advanced technology. 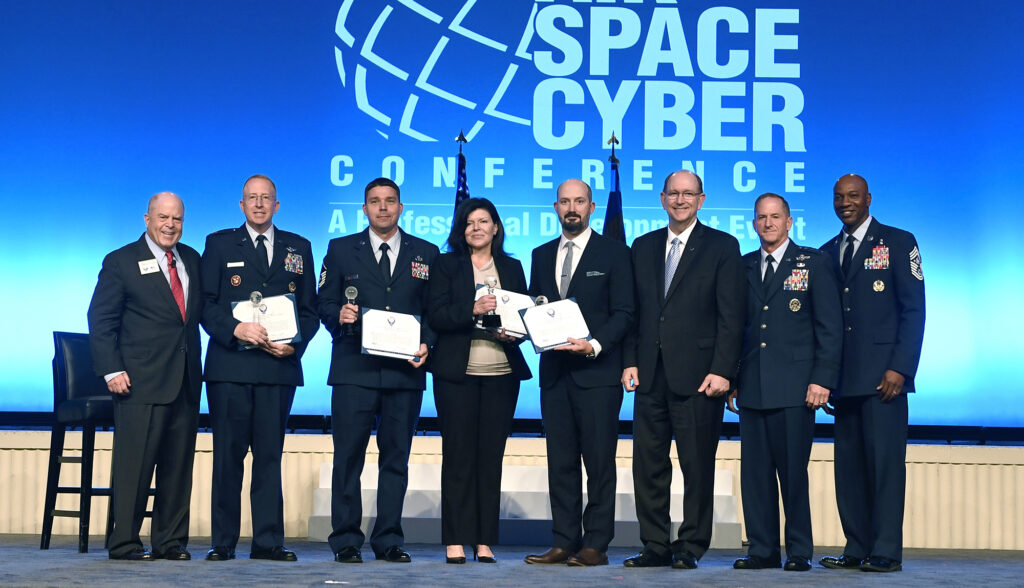 The award is presented annually to one Airman for their significant contributions in supporting US Air Force partner-to-partner relationships.

Master Sergeant Wilson was stationed at PAF base Shahbaz from March 2018 till March 2019 serving as the Technical Security Team (TST) superintendent. His team comprised 4 Airmen and 30 contractors who executed end-use monitoring of US weapons and technology to prevent unauthorised transfer to other countries.

Major Americo Penaflor, Deputy of Strategic Planning at 50th Missile Defence Agency and Wilson’s predecessor, remarked: “The protection of technology through the processes that Wilson enforced was literally the glue that held together the US and Pakistan relationship. If this mission failed and the aircraft were compromised, there would be negative impacts to the counterterrorism mission in which Pakistan supports the US“.

Wilson and his team ensured that avionics and guidance-type components of F-16 aircraft at PAF base Shahbaz were not facing a loss of technology.

Commenting on his personal experience on working with Pakistani officials, Wilson had this to say: “They integrated us like family[…]We would play golf and they would openly invite us to any event. They are very open, kind people. We had no hiccups and were firm, but fair with them. Once you get used to the environment and how they operate, it’s amazing. I’d love to do another diplomatic and multinational mission like the one in Pakistan“.

In-Service Indian Colonel’s Suggestions on How To Destabilize Pakistan