An NGO, Alif Ailaan recently conducted a research report on challenges faced by Pakistani children and their education. Subsequently, it was revealed in the report that colossal 24 million Pakistani children do not go to the school. Out of this massive figure, 53% of them are female students (aged 5-16 years) and as a result Pakistan has the second-largest number of out of school female students in the world.

According to the report, 47% of the boys do not go to school due to one or more reasons while 53% of the girls do not attend school.

When it comes to poor literacy rates of countries across the world, Pakistan is among the top countries. Disturbingly, the rate is increasing at a rapid pace. Pakistan also missed UN’s target of achieving at least 88% literacy rate by 2015 when they managed to obtain only 58%. Hence, they missed the said target by 30%. One of the key factors contributing in the illiteracy rate is that whopping 24 million students (53% girls, 47% boys) do not go to school for various reasons.

Seemingly, there is a big regional discrepancy in providing same opportunities for schooling for girls. One of the provinces of Pakistan, Khyber Pakhtunkhwa has 52% out of school girls in comparison to 21% of boys.

“In rural areas, 67% of women aged 15 and above have never seen the inside of a classroom”

The net enrolment rate for girls is 53% at the primary level while that for boys is 60%. At the middle level, this drops to 21% for girls and 23% for boys. This further goes down to 14% for both boys and girls at the secondary level.

“Of those girls who enter school, only 58% complete primary schooling”

Which factors are allowing female children to stay out of school?

Alif Ailaan, an NGO also looked on the several factors behind female students unable to go to the school. Primarily, the two major reasons were child’s own reluctance and parents not allowing their children to go to school. On the other hand, the education was found to be expensive for some students as well. 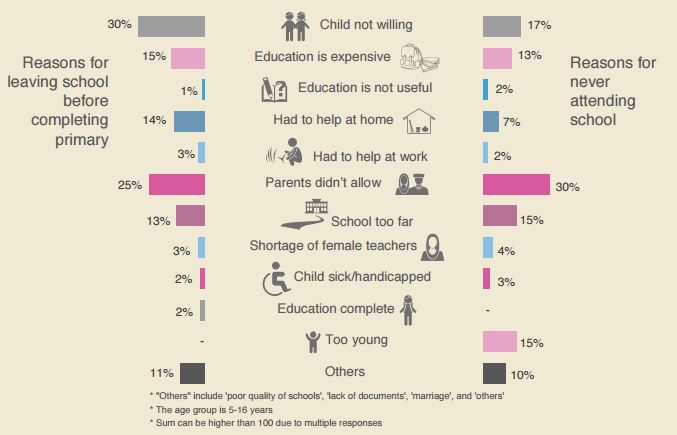 The report also stressed on the significance of female education in the country. It was also revealed that there is a direct correlation between an increase in the education of women a decline in infant mortality.

You can have a crack at the full report by clicking here. 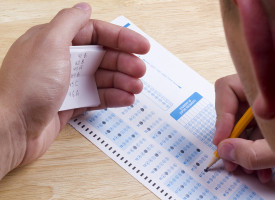 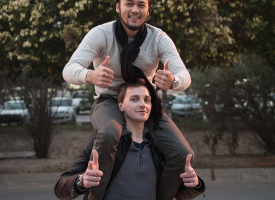