Education is one of the most important prerequisites for success. Before any country can even hope to truly prosper, it is essential for its citizens to be literate, skilled and able; and not just academically but culturally, socially and politically.

The literacy rate and educational attainment ratio in a country is what ultimately decides whether it remains a periphery state or rises to the ranks of the developed block. Unfortunately for Pakistan, it is categorized as a developing country and part of the Third World. In a region where talent, enthusiasm and perseverance are found in great abundance, people still fail to realize the importance of educating their families, children, and the public at large.

The government of Pakistan is invariably corrupt, year after year and term after term. And people still re-elect the same corrupt people over and over again for lack of better candidates. We can see outdated traditions and ancient beliefs still dictating the norms in different scenarios. These even overrule the Law in some cases and lead to horrors like honor killings. Regional interests seem to override the national good at every point. In the absence of a value consensus, the most crucial factors that help integrate a nation seem to be sorely missing.

If terrorism is an urgent issue, the blatant lack of mass education also hangs over us like the sword of Damocles. And these two issues are not mutually exclusive. Educational institutions have always remained the ultimate target of terrorists. And if school’s out, kids have all the time and energy in the world to contribute to the expansion of other anti-social activities like drug addiction, crime and child labor that negatively affect the society at large.

The Public education sector of Pakistan is subjected to pathetic circumstances owing to a lack of interest and the corrupt trends in administration. No pragmatic steps have been taken on the national level to avert the threats facing the educational sector. Cheating, nepotism, favoritism and related factors have hindered development in this region. On the other hand, many Asian countries like India, Bangladesh and Sri Lanka are progressing in the educational sector.

The private education system is considered a high quality source of instruction in Pakistan and has led to many accolades for the country in the international arena. But the money required for studying in these institutions is far beyond the reach of the common man; and it is mass provision that we are concerned with here.

Additionally, the political influence in the education sector is helping destroy education in Pakistan. Ghost schools exist across the country, with the allocated funds diverted into unknown bank accounts. The students are effectively used for political purposes. Textbooks are filled with bias and restrict freethinking, while children are encouraged to play truant and attends Jalsas on school field trips.

NGOS and social activists are playing a good role in advancing the cause of education in Pakistan, and the results are bound to become apparent soon. We have all the tools needed to succeed; now all we need to do is develop our human resource. 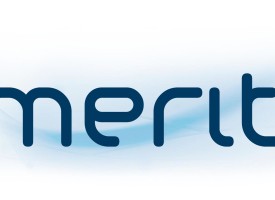