Do you know of any third-world country that despite unending political, religious, economical and social crisis, keeps on setting world records in almost every field? No? Well I know of one–Pakistan. With great pride, I announce that Pakistan is the only country that in the last decade has achieved the highest number of world records academically. 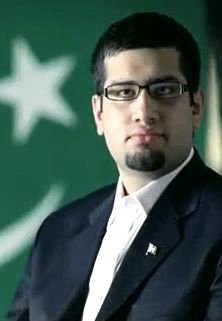 Let’s start with Ali Moeen Nawazish, who set a world record by scoring 21 A’s in 23 A-level subjects. To date, this record is yet to be broken. That’s followed by a student in Islamabad, Ibrahim Shahid, who set a new world record by scoring 23 A’s in Cambridge O-level exams. Shahid, a student of a private school in Islamabad, sat for 24 subjects and scored 23 A’s. Pakistan’s vigilant youth has displayed their academic prestige internationally as a challenge to the rest of the world.

Meanwhile, on Pakistan Day, a group of Pakistani students painted the largest painting in the world. A painting of a Pakistani flag, encompassing different pictures of the region and measuring 42,000 square feet, was made on a canvas by a group of over 1,300 male and female students at the National Hockey Stadium, Lahore. 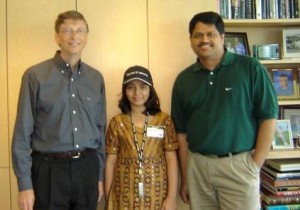 Then you have Arfa Abdul Karim Randhawa. She was a Pakistani student and computer prodigy, who at a young age of 9 became a Microsoft Certified Professional (MCP), the youngest in the world until 2008. As a reward and appreciation, Arfa was invited by Bill Gates to visit Microsoft’s U.S. headquarters.

We see that, amazingly, all these students excelled in their fields despite meager funds and resources. It shows how capable the young generation of Pakistan is, but sadly they are not appreciated on any front. The poor and young Arfa Karim died in a local hospital early this year. The government of Pakistan did not help the poor soul to survive her deadly disease. The indifferent attitude of every Pakistani toward their heroes is a shame.

Other than Ali Moeen Nawazish who comes from a well-off family, all other record holders have not been encouraged by the government, to help them bring more fame and honor to their country. Every other hero like these is struggling with the impending dangers that Pakistan confronts. Despite these hardships, they decipher their targets and achieve them somehow.

Time is needed to reflect on the innovative, self-motivating and intelligent youth of Pakistan. The government should not only appreciate the students who earn these record titles but should also find those students who have the talent instilled in them. How should that be done? A simple way is to impart knowledge by making education free at all levels. Plus the parallel system of education should be abolished, and a strong and effective education system should be pushed in.

These are not hard changes, which a country like Pakistan cannot afford. These are simple way forwards, which the policy makers need to reflect upon.