The Federal Minister of Information and Broadcasting, Dr. Firdous Ashiq Awan has suggested to the Parliament that there should be Rs.2 “Radio Tax” on every reload of a mobile credit card of Rs.100. Essentially, the Radio Tax is suggested to be 2%. The former Federal Minister of Law, Justice and Parliamentary Affairs, Dr. Zaheer-ud-Din Babar Awan has further solidified the news by saying that it will be applicable after the approval of annual budget of this fiscal year 2011-2012.

If the financial stability of Pakistan Broadcasting Corporation, commonly known as the Radio Pakistan, has to be maintained then what is the logic of imposing its tax on mobile credit cards? Even the telecom companies have called the move as absurd because how can mobile users be taxed for reloading a credit card that will then go for saving Radio Pakistan, which is near its demise about any day now. 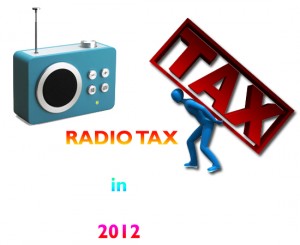 Should not radio sets be taxed instead, which by the way almost no one buys now? This approach still makes a little sense. If the idea is to tax mobile users because they tune into Radio Pakistan through their mobiles, then there could not be anything far from reasonability than this. It is like killing the purpose of having a radio feature in a mobile set. One wonders about what would camera-companies do when mobile users easily take pictures and make videos. Should they be taxed too in some way? The Radio Tax of Rs. 30,000 to 40,000 is also being imposed on purchasing new cars. The logic being that people tune into Radio Pakistan in their cars. The government should better make a survey, hardly anyone does this. It is again an unnecessary indirect taxation to burden the pockets of those who earn an honest living.

Already the telecom sector is the highest tax paying sector in Pakistan. On Rs.100 credit card reload, Rs.15 is deducted for tax. This is already taking too much from mobile users. This is not what they recharge their mobile credit for. To be taxed and taken away in such indirect ways, the masses’ own existence only remains to be taxed. The air they breathe seems to be the only thing they get for free. Even this aspect is not fresh, with Pakistan being amongst the highest polluted countries in the world. That too is adversarial for their health.

Besides, if paying Radio Tax would make Radio Pakistan a financially independent, up and running institution, then again it is missing the whole point altogether. To actually help Radio Pakistan enter into a better phase, it needs budgetary support which is not linked with the masses paying taxes. Despite approving Rs.4 billion for its budget this year, there is no accountability as to how it continues to be in a degraded state. It is nothing but a new way of robbing people of their hard earned money which they wish to spend on something else, but these government money-leeches want to suck it out of them to put in their private accounts.

According to Information Secretary, Taimoor Azmat Osman, the government is not in any position to financially support Radio Pakistan. It is in fact reflective of the reality that the government has failed to manage Radio Pakistan and due to its bad governance has opted for escapist ways of pulling things together in this unlikely manner haphazardly. Radio Pakistan will only function properly if its corrupt management is replaced with those who are willing to build up the institution back like it was in its glory days of the yore. The government has asked Radio Pakistan to find other ways to earn money. Was it to Radio Tax people? Recently, it has been also announced that Radio Pakistan could be tuned into in the USA as well by dialling a local number to which there are charges.

The incompetency of the government and mishandling of state’s institutions has been proven beyond a doubt. Always the private sector has to come to the rescue, as if it is their duty to do this, of what is government’s responsibility to fulfill. They have destroyed states’ own media outlets like, Pakistan Television and Radio Pakistan, and the list goes on. The doom of PIA and Pakistan Railways has not been forgotten yet. What would the government had done for a mobile company it owned? The circumstances in which PTCL runs are well-known. If this is their scheme, then what would happen to PIA, Pakistan Railways, WAPDA, and the Steel Mills?

Cannot the government be innovative and think of new ideas of reviving Radio Pakistan? But for this they would have to pay hefty amounts to innovators. Then who would spend that money which they have decided will go for their own luxuries? Instead of taxing the poor, they should give something away from their own salaries. The government is taking away reasons for decent people to live in this country and giving reasons for the poor to die out of hunger. 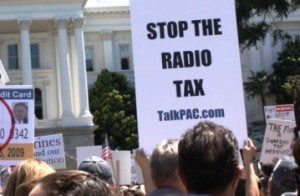 People have rejected even a far-fetched idea of giving any Radio Tax let alone its implementation at any level. The Parliament must not accept this suggestion. With such overwhelming opposition, if the government still moves ahead with this obnoxious idea, it will prove yet again that they are unworthy of occupying the official seats that they have.

The idea of taxing mobile users for Radio Pakistan is however an old one, in the sense that it has been inspired by the prior imposition of the TV licence fee in electricity bills, which is Rs.35 that everyone pays regardless of whether they have a TV set in their homes or even if they spend enough time watching it. The fee is even billed to mosques, churches, temples, and other places where there hardly would be a television set. The government reportedly earns millions through this fee alone, but still the condition of Pakistan Television has not improved a notch. For a common man it is like snatching away his bread earned from sweat daily. Just as earlier there were objection to the TV licence fee, but the government succeeded in applying it, they might even go ahead with Radio Tax as have planned.

If the government can be sued by the people of this nation itself, then it should go ahead and do this. Because this unconstitutional act of every now and then putting taxes on the masses is a game that is going a little too far. What is the justification of putting the tax burden on people? Where is the law that says that the government can put a tax on this or that if it so chooses?

Besides this, the government would have to change its whole attitude towards media. The change has to be translated into their media policies, giving independence to which they feel a threat. It is yet another deliberate attempt by the government to dismantle state’s own media institutions. They have not been serving the public for long by merely being government’s mouth pieces and state-propaganda machines. Even imposing Radio Tax won’t make things better, but an excuse that the government took a measure, regardless of how illogical it was that distressed the masses.