While felicity takes hold of much of the world at the death of Osama bin Laden, Pakistani seems to be getting sucked deeper into a quicksand of worry, confusion, distrust and more mayhem. There is a need to understand the general sentiment of the Pakistani nation now that the world’s official attention has been directed at the country. While there are several groups that protest the death of Osama bin Laden, there are more groups and factions that have objected to the manner in which the attack was led out on Pakistani soil.

More than half of the credit has been usurped, quite literally, by the US regime for capturing the world’s most dangerous man; this leaves Pakistan under the stringent scrutiny of other regimes that have been more than eager to call upon sanctions for it and label it as an isolated terrorist state. Joe Klein and Sulman Rushdie make no qualms about slandering Pakistan in the international media while Granger and Berman have questioned the purpose and productivity behind providing Pakistan with military aid. 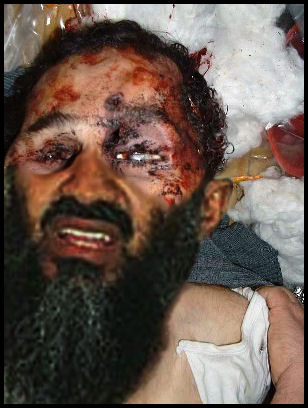 I would like to present the general sentiment on the behalf of the Pakistani youth who comprise the majority of the demographic of this country. Halting any kind of financial aid to Pakistan does not exactly affect the youth or the lower class that suffers destitute poverty. What foreign analysts and spectators fail to realize is that 84% of the monetary aid offered to Pakistan by USA falls in the military category. This sum of money almost never reaches the Pakistani nation and thus, ceasing to ‘help’ Pakistan in terms of army aid is redundant.

What the criticizing international media conveniently remains oblivious of is that the death of bin Laden opens up a new chapter of death, devastation and havoc for Pakistan. While people celebrate his controversial ending in Washington DC and throughout the States, people in Pakistan have yet another burdensome worry to carry upon their breaking shoulders. As Ahsanullah Ahsan of Tehrik-e-Taliban Punjab had said: “This ‘betrayal’ by the Pakistani government, military and ISI will be avenged by attacking Pakistan first and USA second”. Similarly, supporters of Jamiat-e-Ulema Islam-Nazaryati shouted slogans against USA in Quetta by condemning the raid on Osama bin Laden as an attack on Pakistani sovereignty. Hence the point of no celebrations at the mention of this man’s death is justified and ought to be understood by those living abroad.

An additional and consequential aspect of a scenario post-bin Laden is how the antagonism for USA grows exponentially in Pakistan where thousands of citizens consider this uninformed raid on Abbottabad as an open attack on the sovereignty of Pakistan. This is also resonated and reconfirmed by the statement issued by the Ministry of Foreign Affairs and the army indicating how it has reservations with the nature of the attack. Furthermore USA will deserve a review of the relationship in the case it decided to attack again.

At the expense of sounding like a pessimist, something I am usually not, things for Pakistan go downhill from here. Petraeus’ statement that implied a potential third war in Pakistan causes rampant apprehension among the citizens of the country. Pakistanis are correct when they assert the fact that we, as a nation, have lost 12,580 citizens in 2010 alone according to a HRCP report. What more does the world want from us in terms of being an ally on the war on terror?

Several political thinkers and writers have opined (after bin Laden’s killing) that the nation needs to channelize its frustration and concern effectively at the army and ISI along with the government for its failure at delivering a job defined clearly by the world. Their failure, everyone believes, affect them far less than it affects the average Pakistani citizen. The repercussions of this act have brutal and nightmarish tones. Once again Pakistan is at a breaking point, but this time the consequences seem to have taken the form of a failure that may or may not deserve enhanced attacks on its soil.