Ramadan- or Ramazan, as we like to call it- has always been a grand affair in the Land of the Pure. And it’s bound to be, woven as Islam is through the social fabric of the country; being both the State Religion and a predominant factor in the formation of the Islamic Republic of Pakistan. Even so, the manner of the observance of this Holy month has gone through quite a few changes over the years.

The whole phenomenon starts with the sighting of the moon, the unpredictable nature of which just adds to the anticipation. Some attempt to spot the crescent heralding the arrival of the month from their terraces, while others stay glued to their TV screens or flock to the mosques to find out when the fasting starts. The Facebooking population and the Twitterati of the country also somehow manage to keep up with the developments and eventually succeed in mustering up some kind and level of enthusiasm.

In parts of the country, some people tend to spot the moon sooner than the rest of the Pakistani population by virtue of their great eyesight and hence fast a day earlier in their religious zeal. The announcement of the fast is never made sooner than 11 at night and the dilemma of whether to go with the official date or the local mosque has now become a part of the month’s observances itself. In the end, there’s no coordination inside the provinces, let alone between them.

Though I have always heard of a man who wakes up the whole neighborhood for Sehri by banging on a tin, I have never ever been woken up by him. For most of us, it has always been an alarm, a parent or, in some really unfortunate cases, a sibling, that does the honors. And the pre-dawn meal has gained such prominence that sometimes when a misguided person doesn’t manage to wake up in time to observe the Sunnah, he doesn’t even bother with the obligatory fast. It is breakfast, lunch and a snack all rolled into one after all; not to be missed. And everybody has their own expert and experienced opinions on what to eat and what to avoid at this all-important meal. Parathas, a curried dish and tea end up adorning most dastarkhwans; though some crazy people do somehow make it through the day on M&Ms and water.

As the hearts of people become more receptive and generous in this month, the Beggar Mafias do a roaring business. And they aren’t the only ones. Profiteers and hoarders still thrive despite fines and warnings issued well in advance of Ramazan. Under the Ramadan Ordinance issued, eating and drinking at public places has been banned and entertainment places are only to remain open for 3 hours after Iftar. And the Government’s no load shedding during Iftar and Sehri promises? Yeah, Lies.

If Sehri’s considered important, then iftar’s a mini-Eid. The food that we abstain from throughout the day suddenly gains prominence at sunset. More time is spent frying pakoras and cooking biryani for Iftar parties than worshipping Allah. Some even have a hard time getting up for the Maghrib prayer after the long binge. The Iftar and all you can eat buffet deals have completely taken over the cities’ billboards; though, sometimes, 13 slices of pizza are just too much, even as part of an eating contest. But it isn’t all bad. Food exchanges suddenly start with the most aloof of neighbors and there are unprecedented demonstrations of gratefulness to the Almighty as the first drop of water slides down one’s parched throat.

Sometimes, the month of Fasting just ends up seeming like the Holy month of feasting. For the poor, there is little change in routine as they continue to slave away with little food and water like the rest of the year, while for the rich, “I’m fasting” serves as a good enough excuse to shirk any real work. And even as Religious fervor runs high, so do tempers.

This Ramazan has been particularly bloody in Pakistan; seek the Laylat al- Qadr and pray that we make it through. And if you’re planning to go back to your old nonchalant ways once it’s over or you feel the spirit of the month is ebbing away as Eid approaches, you’re not doing it right. 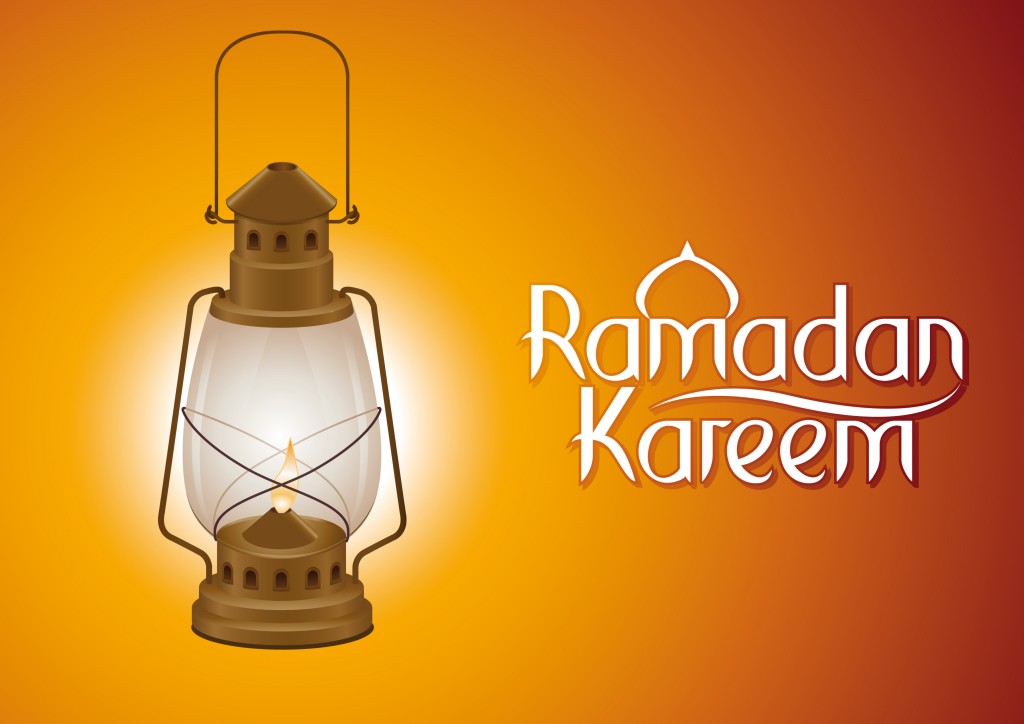