Pakistan is enviably rich when it comes to mineral resources as it possesses both a wide variety and a plentiful amount of the most sought after goods that mother nature has to offer. Due to the widely varied topography, the country’s assets range from widespread limestone and valuable natural gas resources to barely explored gold and ample coal deposits.

Because of their largely untapped potential and high quality, Pakistan’s mineral resources have always been alluring to foreign companies who see a good profit in investing in the country’s mineral development sector. Though this sounds like a win-win situation, there are usually a lot of discussions behind closed doors which inevitably result in a steady income for the stakeholders and a significant increase in the figures lying in certain Swiss accounts.

The most recent case of an ambiguous mining deal that caught public attention – and caused uproar – was regarding the mines at Reko Diq. Reko Diq, which literally translates to “Sandy Peak” in Balochi, is a small town in the Chagai District of Balochistan. Extreme temperatures, permanent drought and irregular dust storms coupled with a daunting topography have contributed to the remoteness and general backwardness of the area. In these circumstances, the proven and plentiful Copper and Gold deposits in the region could have done much to transform fortunes but reports of unfair deals have left many enraged at what they see as exploitation of the biggest yet poorest province of the Country. 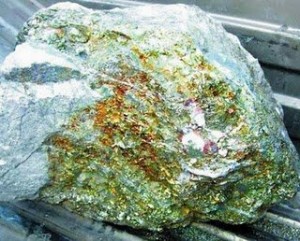 The mines reportedly have the potential to produce 250,000 ounces of gold and 200,000 tons of copper annually which could mean a turnover of approximately $260 billion at current rates. The exploration license of what is said to be the 5th largest Gold and Copper reserve in the world was granted to the Tethyan Copper Company (TCC) by the Balochistan Development Authority (BDA). The project venture is owned jointly by Chilean Antofagasta (ANTO.L) and Canadian Barrick Gold (ABX.TO). TCC was given the lion’s share of the reserves with 75% of the total shares despite the fact that it’s investment in the project was only 25%. Many allege that the unfair terms are the result of embezzlements and shady deals in Islamabad and the economic returns are “peanuts” considering the worth of the mines.

TCC has drilled more than 300,000 meters as part of it’s Reko Diq exploration program and claims to have spent $200 Million on the project already, though it has failed to specify exactly what the stated amount was spent on. The aforementioned exploration license, issued in 2006, expired in February this year and has not been renewed due to violations of some clauses by TCC and a great deal of public protest. Despite TCC claims to have the right to mine in the area according to Balochistan’s 2002 Mineral Rules, the project was transferred to the Department of Mines and Mineral Development of Balochistan and Dr. Samar Mubarakmand made the head of its Board of Governors. The Supreme Court of Pakistan has vetoed the grant of a mining lease to TCC and the Provincial Government has now been told to decide the matter in accordance with the wishes of the people.

The Government plans to establish a Copper refinery and processing plant in order to export a value-added product in lieu of raw Gold and Copper concentrate and Rs 8.5 Billion have already been allocated to the project in the 2011-12 Budget. If the refinery plan works out, it could mean revenue of Rs 58 million annually, and, along with the mine exploration and exploitation, the generation of hundreds of jobs.

It’s about time we reassess our national priorities, stop with the shady deals and take a long hard look at what we have before going on a foreign tour clutching a begging bowl.