Who would have imagined discovering another natural resource from the depths of Baluchistan? Well Reko Diq begs to differ. Reko Diq is an international standard copper and gold reserve in district Chagai of Baluchistan. The evaluations by enthusiasts and foreign companies alike mention of an un-mined and untouched reserve of exquisite metallic minerals at a worth of amid $250bn to $500bn. A venture that belittles the already running Sui Gas project. Reko diq, in all senses one could possibly imagine, is an economically and financially salivating vista for global excavation goliaths.

The current atmosphere with regard to the socio-economic and political standpoint in the country entails the following highlights:

American, Chinese, Australian, Chilean and Canadian companies have been in the duel for aquiring an excavation contract for the Reko Diq plan. Will the worldwide attention in Balochistan’s massive copper reserves thrust the area to an age of copper driven political affairs? Chagai has enormous copper-gold deposits at Saindak and Reko Diq. Will IT be the subsequent Chile that saw an age of copper politics?

A lesson From Geography: 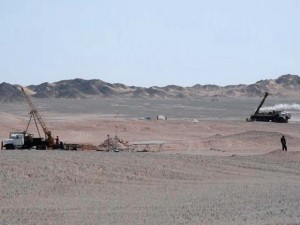 The Reko Diq zone is a slice of the Tethyan Magmatic Arc that spreads from Pakistan to within and through Iran entering Turkey and hordes abundant large crystalline Gold-Copper deposits.

Reko Diq for starters is not only four times greater in copper mineral capacity than Saindak, but then again also larger than Sarcheshmeh in Iran and Escondida in Chile.

Previous year, the trade of Reko Diq possessions to TCC was throw down the gauntlet in the top court when television intelligences alleged a secret arbitration and haggling overdone with intermediaries and top bureaucrats in Islamabad to close a mining contract for Reko Diq at a casual value. On the other hand China’s MCC has been tangled in unnecessary excavation at Saindak that has abridged the natural life of the mine and fetched no monetary spillover but ecological dilapidation in the zone.

Recently, the celebrated nuclear technologist and affiliate of the Planning Commission, Dr Samar Mubarakmand, while speaking at the ninth convocation of GCU, said:

“If we take steps in the right way, Pakistan will become a developed country within next two decades.”

Pakistan has the finest research establishments and, consequently, it should not devote its foreign exchange on signing external advisers and contracting businesses. Since the situation of Reko Diq is with the Supreme Court, it is required that the Supreme Court would safeguard that the whole lot will be done in a see-through method, and non-entity would be allowable to mug the state capital. Though, Pakistan régime should abruptly formulate a talent group under the talented leadership of Dr Mubarakmand, so that he can crop extraordinary outcomes in this playing field, as he had done in the nuclear arena. 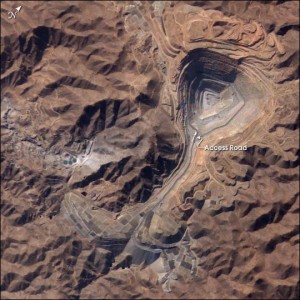 The reserves and resources in Balochistan can alter the purpose of the state and obviously the Balochis would be the first recipients. Of course, Pakistan will be gifted enough to repay the IMF bailout credits, release the load from the commoners and defend its independence.

The current short-sighted mineral mining policy is hindering the progress of the nation as well as the lesser urbanized province. The expected financial jackpot associated with the Chagai’s mines needs to be worked upon. In the current scenario while our own team of entrepreneurs and scientists are being gathered and resources are accumulated it won’t be wrong to let international mining giants enter the arena and do some ground work.

That said it needs to be seen that terms are favorable and just to us. It would be illogical to shut the access to overseas investment and transmission of machinery in the state by a just giving a simple ‘no’ to international excavators. Baluchistan administration’s comprehensive governing over the metallic mining business would be fruitful in the sense that till we ourselves are equipped the province can collect levies, chiefly corporate tax. This would all be possible only when a separate autonomous constitutional organization of specialists is established that would be able to assess and screen the mining processes at the location.