Do we show it when we stand up for the National Anthem played before the movie starts?

Is it about changing your Facebook display picture to the Flag once a year when the Independence Day rolls around?

Are you patriotic for picking EP’s Shor Macha over Linkin Park’s Catalyst?

Is it why you have resolved to not contribute to the Brain Drain?

What about the time you went all out with the White and Green paint for the showdown at Mohali?

We joke about Pakistan and every single aspect of life here, not sparing even the most sensitive of matters in a misguided quest for comic relief. Yet, we flare up each time a non-Pakistani says something against our country. Why? Because love for one’s motherland is innate. So even if you genuinely want to take the next flight out of here now, you’ll miss the place with all your heart once you actually land on the blessed shores of your yearned-for destination. I have yet to meet someone who doesn’t.

Pakistan might have been carved out in the name of Islam but our first Law Minister was a Hindu, a Foreign Minister an Ahmadi and the Father of the Nation the Protector- General of minorities. Taking pride in the State Religion is one thing and discriminating another.

Contrary to popular belief, a critic of the Pakistani Armed Forces does not amount to a traitor. Of course, being ready to sacrifice your life for your country is really something and they do a fine job as long as they stay in the barracks, conforming to what the Quaid-e-Azam envisioned. But yes, most would prefer the elected albeit unrepresentative Government to a dictatorship any day. And, if slashing the Defense Budget means more focus on Development projects, about time we do it, right?

It counts as patriotism to be moved listening to Shahid Afridi’s heart wrenching apology to the Nation following the Semi-finals; accusing the team of match-fixing does not.

It is perfectly fine to feel frustrated listening to quoted statistics about all that’s wrong with this country but using India’s more dismal ones to justify them is not.

Telling someone how wonderful your country is shows your love for it; throttling that same someone for disagreeing does not. 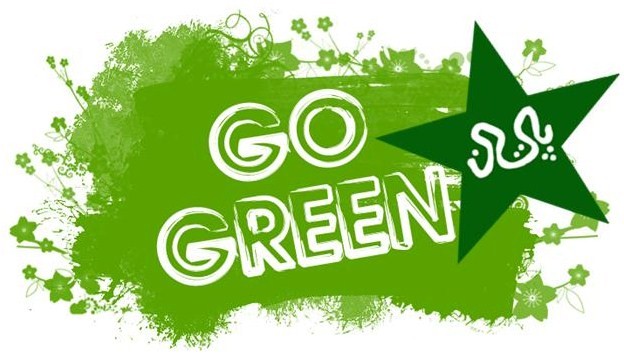 It’s truly heartening to know many are proficient in the National Language but most of us- especially the TV anchors apparently- will never truly know what the Urdu equivalents of words like “corruption” are. So no, we’re not begging for a lecture on how we aren’t in touch with our Culture every time we speak in English. We all do happen to be very proud of our heritage. And anyone who assaults our Language by throwing in words from a dozen different languages in a desperate attempt to sound “K3wl” truly does deserve a nice whack on the head.

It’s been 64 years. We have seen all kinds of disasters and calamities; some man-made, others showcasing the wrath of nature. The Earthquake of 2005 was devastating. The Floods last year afflicted 20 million people. Bomb blasts are now so common that our first reaction at the news of one is not panic but a calm reflection on whether or not there’ll be school tomorrow.

We have made some wrong choices, allied with the worst and gotten ensnarled in a vicious cycle of debt and dependence. With our short memory span, we elect the wrong people time and again. We contribute the most troops to the UN peacekeeping forces and have lost the most in the War on Terror as “collateral damage”; and yet we are the ones labeled a Terrorist state and being asked to “Do more”. We grow our own wheat but there’s a perpetual shortage of flour. Our most important cities are ripe with strife.

But despite the fact that we have been served the worst and given a million different reasons to give up, we continue to hold our head high while going out to face the world bravely each day. Life goes on. We’re still alive. Our schools are open, our offices bustling with activity. We are a Nation of survivors. Every time we have been let down, we have bounced right back; with a vengeance.

Patriotism does not mean closing your eyes to every injustice committed here and slamming every Journalist that brings to light a negative aspect of Pakistan as a “Western Liberal”. It just means embracing your country with all its shortcomings and yet vowing to do something about them, in your own capacity, in whatever small way you can, despite what every other country in the world says. Because sooner or later, Pakistan will rise from the ashes. I believe in it, and so does every other patriotic Pakistani in this country.