This is the second article of our series on World Records Held by Pakistan and Pakistani’s. The first post can be found here https://insider.pk/world-records-held-by-pakistan/. Be sure to read that post as well.

Most Trees Planted in 24 Hours by a Team

On Wednesday, July 15th, 2009, a group of Pakistanis broke the record for most trees planted in 24 hours.  Guinness World Records Adjudicator Aadil Ahmen attended the exciting event, which took place in Keti Bundar, Thatta District – about 125 miles southeast of Karachi, Pakistan.  In collaboration with the Forest Department of Sindh and the National Bank of Pakistan, the Ministry of Environment (Government of Pakistan) organized the planting of 541,176 mangrove trees – a record previously held by India.  The event took seven months to plan, and consisted of 300 volunteers.  15 teams of 20 people each began planting at 6:45 a.m. and finished at 7:35 p.m.  The Minister of Environment was among the many dignitaries who attended the monumental occasion, which was part of a planned initiative to mark 2009 as the National Year of Environment in Pakistan. 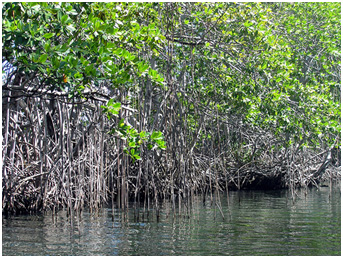 According to the CIA World Factbook, the dispute between China, India, and Pakistan for the Kashmir region is the largest and the most militarized territorial dispute currently on earth – despite the colossal earthquake that devastated the area in 2005 and killed 80,000 people. The former Indian state has been fought over since the end of British rule of India in 1947. India also refuses to recognize Pakistan’s ceding of Kashmir lands to China in 1964, and recently claimed that China transferred nuclear weapons to Pakistan.

Most People Crammed in a Smart Car

On December 10, 2010, 19 Pakistanis somehow contorted themselves to fit inside one Smart car.  The Pakistan Crashers crammed inside the car at Defence Authority Creek Club in Karachi, Pakistan.

Earliest Ascent of K2 by a Woman 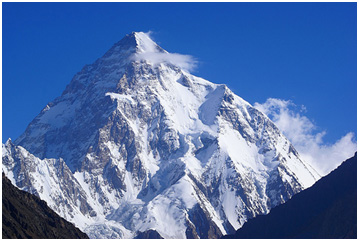 Pakistan holds the record of making the world’s largest kurta.  The length of the kurta is 30 times more than that of a standard (medium-sized) kurta and stands at an astounding height of 101 feet.  The cuff opening alone is 15 feet wide, with a sleeve length of 57 feet.  The entire kurta weighs 800kg with each of its four buttons weighing 10kg each. The material used is 800 yards long and more than 450 meters of thread was used.  A team of 50 professionals worked hard to tailor the kurta, which took 30 days.  Fashion designer Deepak Perwani said the kurta is the “largest selling commodity of Pakistan” and therefore achieving a record for it is “a perfect illustration of our culture.”   The kurta will be the first of its kind to be certified by Guinness.

Wiring a plug in less than 40 seconds

This may seem trivial but a record is a record.  Noman Anjum of Pakistan wired a plug in just 35 seconds and became a Guinness world record holder.

In May 2010, Pakistani craftsmen amazed the world by displaying the biggest spoon, fork, cup & saucer and knife in Karachi.  The spoon was about 66 feet long and constructed with wood and metal.  The fork was also 66 feet long.  For tea lovers, there was a giant cup and saucer of approximately 35 feet in length.  Although a toast big enough has not been created, but we did manage to make a butter knife about 66 feet long.

Properly setting up a chessboard normally takes at least a minute but 12 years old Meher Gul from Pakistan accomplished this task in only 45 seconds.

Muhammad Sadi from Faisalabad, Pakistan amazed the world by pulling a 1.7 ton truck only with his moustache.  It is weird, but a record nonetheless. 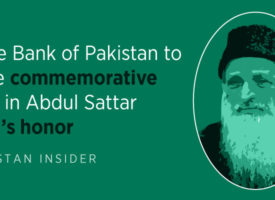