“If our friends, companions, political allies and finally the people are in favour of this, then we are definitely ready to live with Pakistan. We want to resolve all issues politically and peacefully. We are ready to meet him as we want a political solution to the problem.”

These are the statements made recently by Brahumdagh Bugti. Brahumdagh Bugti, the leader of the Baloch Republican Party. A person who has vociferously rejected all negotiations with Pakistan in the past and demanded a separate homeland for the Baloch people.

Brahumdagh who currently lives in Switzerland made these comments in an interview to the BBC suggesting that he is now open to talks with the government of Pakistan after the Prime Minister and Army Chief reached out to him.

He however, stipulated that the environment for negotiations should be conducive. This sudden change of heart he says is because the torture, killings and arrests in the last 10-15 years has changed nothing for the Baloch people.

I should mention here that this statement also comes after the army has intensified its operation in Balochistan coupled with the recent amnesty declared by the government under which militants who were fighting against the state began surrendering in substantial numbers. Under the amnesty, approximately 400 militants have laid down their arms

The Baloch people soon after independence started asking for a separate homeland. According to the Baloch people, Pakistan exploits the province’s resources and doesn’t give them their rights.

Human-rights groups claim that Pakistani forces are responsible for human rights violations in Balochistan, and the Baloch separatists of killing and intimidating people from other parts of Pakistan who have come to work in Balochistan.

The latest revolt which Brahumdagh and his tribe are a part of, began with the killing of his grandfather and the head of the Bugti tribe, Akbar Bugti, by the Pakistani armed forces in 2006.

This is very good news for Pakistan as a settlement in Pakistan could open many economic opportunities for us. Opportunities that have not been capitalized due to the insurgency and unrest.

This is also good news because it signals the success of the army operation Zarb-e-Azb in the province and indicates that the Indian nexus in the province has been uprooted.

In his interview, Brahumdagh clearly stated that he will not deny assistance from India, as it is usual for people to ask for assistance when they are defending themselves. But now if he wants to get back to the negotiation table it is for sure that this “assistance” has been forced to curtail.

Both sides are willing

The statement has also been welcomed by the Chief Minister of Balochistan, Dr. Abdul Malik Baloch, who said “Flames of conflict must be extinguished in Balochistan, the province needs to heal after 15 long years of violence.” He added that “It has been our stance to resolve all issues faced by Balochistan through political means”.

Currently the government is also talking to other Baloch leaders to come to an amicable solution. These include Mir Suleman Dawood, the Khan of Kalat, who lives in London.

It is understood that the overtures being made by the army and the government are because the $46 billion Pak-China economic corridor is at stake. The centerpiece of this project being the Gwadar port. A peaceful Balochistan is also key to Pakistan’s plans for a $46 billion economic investment.

In his interview with the Wall Street Journal, Barahamdagh stated clearly that “I am ready to talk, but, in the last 10-15 years, no one taken a practical step to ask us to sit down and air our grievances.”

These overtures and statements are of great significance as they signal towards a path to peace in Balochistan. If handled carefully I am sure that the whole nation, including the Baloch people, will benefit greatly from this new direction. 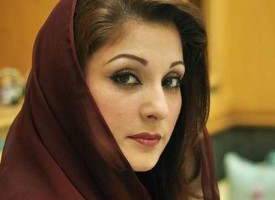 The Role of Bureaucracy in Efficient State Management