For its immediate neighbours India is not as shinning as it is to the world. It is vicious, expansionist and nothing less than a fascist Mussolini Italian state or a Hitler’s Nazi Germany, with only slight difference of having policies complemented by an ambitiously and tactfully driven international diplomacy.  India’s highly magnified bitterness towards Pakistan may not be enough to define that country’s neighbourhood relations as it is encircled by quite a number of relatively weaker states, as far as military power, economic Independence, or geographical size is concerned.

India has apparently held the policy of playing the role of a self-acclaimed regional leader, and poses carrying a policy of regional independence, while it does not approve of any outside intervention into inter-regional affairs.  As also reinstated by India’s first Prime minister Jawaharlal Nehru in one of his speeches in 1961, declaring to show no-tolerance to outside interference into South Asian matters. Nevertheless, it seems a more fantastical and utopian concept looking at the amount of internal defence and social issues the country itself is dealing. On the other hand, India has a history of stirring border issues with almost all its neighbouring countries on the account of holding a military and territorial supremacy. With such intricate regional problems, where India itself is at the center of all the trouble by ignoring the hue and cry of rightful self-determination of Kashmir Valley, over-running the UN resolution on conducting a plebiscite in the Valley to determine will of the people, to conducting a self-styled replay of George Bush’s  pre-emptive attack doctrine inside Myanmar, the idea of imposing the doctrine of no-outside intervention over other regional countries is baseless. Interestingly, Myanmar’s traditional distrust of Indian authorities lay bear as the recent attack is completely denied to have taken place or according to some sources it only took place inside the Indian territory of Myanmar-India border and had much less intensity and significance than what Indian media has portrayed.

>>> Furthermore, the myth of Indian regional supremacy finds no substantial grounds while it has been vehemently found involved in instigating violence and terrorism into the territories of its most substantially rival neighbouring territories:

Tallest of all arguments which stand as the  epitome evidence proving Indian hegemonic designs is the Indian intervention into Pakistan’s domestic affairs, while alongside Indian intelligence agencies, its military resorted to a clandestine sinister logistical and arms support to local rebels in East Pakistan during the fall of Dhaka in 1971, which resulted in annexation of Pakistan’s territory into Bangladesh. An argument which Prime Minister Narendra Modi has recently stated as a historic fact and endorsed it while it was previously invalidated by Indian political saboteurs. Not to forget that the fall of Dhaka and subsequent creation of Bangladesh was a bloody event, which entails a series of anti-state intrigues backed by Indian intelligence. This is reaffirmed by numerous reports out there which negate the well-established beliefs propagated by India and its ever repulsive media. See for reference:  declassified US reports, Indian military officers’ account, Pakistani military officers’ account, General Niazi’s memoirs, Sharmila Bose, Hamood ur rahman commission report.

China’s famous Tibetan territory in the South has been a source of bitter relations between India and China, bordering India’s state of Arunachal Pradesh, India has an easy access to the troubled region. Indeed, the Dalai Lama’s (Famous Buddhist spiritual guru from Tibet) admission that Tibet is part of China, and that he seeks true autonomy rather than actual independence for his people, reaffirm the view of China’s claim over the territory India has so vehemently tries to destabilize. The People’s Liberation Army invaded Tibet in the middle of the last century challenges writ of Beijing rule. Resorting to state-sponsored terrorism, supporting an armed rebellion inside one of its most powerful neighbours, India provoked the Sino-Indian war of 1962.  In order to subvert Chinese economic supremacy, Indian secret agency RAW with the assistance of American CIA and Israeli Mossad have intermittently been arranging subversive acts in China’s Tibetan regions contradicting to its own position on policy of no outside the region interference into inter-regional affairs. Besides, these agencies also incite Tibetan religious extremists for independence, who have been setting themselves on fire. In this regard, with the backing of RAW, a Tibetan exile set himself to ablaze in New Delhi to protest the visit of Chinese President Hu Jintao to India.

>>> It is still an irony, India is leaving no stone unturned to sabotage peace and stability in Pakistan by backing, funding and supporting a bunch of terrorists in Pakistan’s Balochistan province challenging the state of Pakistan, while ignoring the fact that on the other hand there are triple the number of Sikh freedom strugglers in India calling out for an Independent Punjab state by running a fiery Free Khalistan movement. Below is a more sophisticated list of India’s interference into its neighbour’s domestic issues, supporting terrorists and destabilizing the region, which it anxiously aspires to lead, but as they say one must lead by example, not by force:

It is yet another irony that India’s massive violation of human rights has never hindered its luscious diplomatic relations with ideologically more humanity-loving west. From mutilation of freedom strugglers of Indian occupied Kashmir, and horrific discovery of mass graves of innocent Kashmiris and raping of Kashmiri women by India’s military to Muslim genocide of thousands in state of Gujarat in 2002 under the orders of the then chief minister of the state Narendra Modi, who is proudly elected as country’s current prime minister, known for his predominantly Hindu fascist inclinations. Moreover, India is a home to great communal riots and minority persecution, which is again re-assured by the Indian mass massacre of its Sikh community in a notorious secret operation called operation blue star conducted in 1984, which killed thousands of Sikhs in Amritsar by the Indian military forces. Indeed, the irony yet gain remains that such grievous brutalities against human lives remain sidelined when it comes to India’s ambitious diplomatic regime wooing the western world, while playing the victim itself. Writing about so much misery, and at the same time witnessing the hypocrisy of the world media is even more distressing.

Author is lecturer of Political Science at Kinnaird College for Women, Lahore, Pakistan. 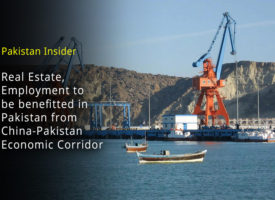