We are living in an era when the context and tone of the message is considered lightly while Emojis are taken seriously. An instance of this explanation was when I erroneously sent an angry emoticon to one of the friends over something. It took me almost a day to explain that an error was made and I didn’t mean anything. Speaks volume about the significance of Emojis, isn’t it?

There was another occurrence when a guy, who was too wary, to express his hidden feelings to his loved one. One day, a brand helped him to get his message across with the help of Emojis. Incredibly, he voiced his proposal with the help of Emojiswithout the need for words. Isn’t it awesome? You must be wondering about that ‘certain’ brand. It was Pepsi as it allowed the individual to #SayItWithPepsi.

Every brand takes Emojis very seriously and so it should be as it has become an integral part of our lives. When Pepsi identified this opportunity – the need of Emojis – they tossed down a colossal and huge Emoji #SayItWithPepsi campaign last year in June in Canada that got instant hits among the consumers. Pepsi also expanded their Emojis #SayItWithPepsi campaign to USA and Thailand following their significant feat in Canada.

And the tradition continues. The #SayItWithPepsi campaign hits Pakistan as Pepsi introduces new 345 ML Pepsi Emoji bottles as a solution of a) appeasing thirst in roasting summer b) helping you get your message across. The new advertisement is an outstanding representation of a group of friends waiting at the gas station in the steaming heat. One of their friends, who probably had enough, jumps out of the car to get hold of new 345 ML Pepsi Emoji bottles from a nearby fridge. Within no time, there was a sense of relief and respite. Everyone grabbed their new pack bottles and hit the beach as the Emoji on the bottles indicated hitting the beach and this is how you #SayItWithPepsi with new 345 ML Pepsi Emoji bottles. Have a look at the wonderful advert:

The soundtrack used in the commercial was also a vivid demonstration of how Fusion’s ‘Deewane Chale Jab Saath TuBan Jaye Baat’ harmonized to the overall concept and them of new Pepsi commercial. There have been different sets of Emojisbut I am really looking forward to the local set of Emojisthrough which I can represent my cultural background in a humorous manner.

So to #SayItWithPepsi, you need to grab new 345 ML Pepsi Emoji bottle so that you can get your hands on new curvy Pepsi bottle. Moreover, presenting a new bottle of Pepsi with a fitting Emoji would definitely bring a smile on your loved one’s face especially if relations between you and them are bit sour. Even if the relation is not bitter, as I dearly hope, it would any way help in bringing a wide smile. Be selective and do not forget to #SayItWithPepsi. 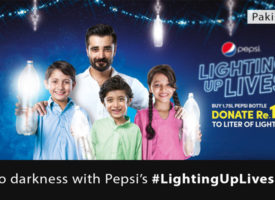 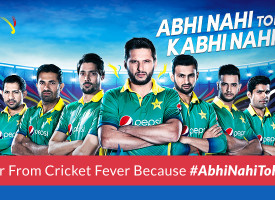 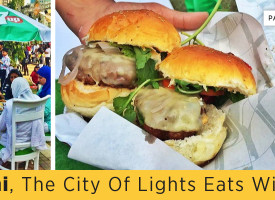