“Tuesday started as just another day in Lahore: a morning report to the fitness trainer to check our hydration levels, a quick breakfast and cup of coffee and an 8.30am departure to the ground. We were all looking forward to the third day’s play and trying to win the series………..From the front I heard the screams to “get down, get down” and we all hit the deck. Within seconds we are all sprawled along the floor, lying on top of each other and taking shelter below the seats. The gunfire became louder, we heard explosions (which I understand now were hand grenades) and bullets started to flash through the bus.”

This is the story of one of the darkest days of cricket when the Sri Lankan cricket team was attacked in Lahore on March 3, 2009.  The only casualty that occurred that day was of international cricket in Pakistan.

“It’s useless to talk about bringing back international cricket to Pakistan,” said Richardson. “I think once there is an improvement in the security conditions and arrangements then teams can be convinced to start looking at playing in Pakistan again.”

The last two years have been very tough on cricket in Pakistan with the cessation of home tours from international cricket teams, ugly match fixing scandals, several poor performances in international events and the disgraceful defeat in the world cup semifinal against arch rivals India.  However, the tide seems to be turning now.  Pakistan’s two year long isolation from international cricket finally comes to an end with the news of the visit of the Afghanistan’s cricket team to Pakistan.  The Afghan team will be playing a series of three one-day matches against the Pakistani ‘A’ team starting May 25, 2011.  The matches will be played in Lahore, Rawalpindi and Faisalabad.  A reciprocal visit by Pakistan is also expected later this year.  “We have also invited the Pakistan ‘A’ team to Afghanistan for the inaugural match in Nangarhar,” said Naseem Ullah Danish, chief executive of the Afghanistan Cricket Board.

Pakistani cricket professionals have been instrumental in building the Afghan cricket team and paving its way to international cricket.  The seeds of cricket in Afghanistan were actually sowed way back in 1979 when Afghan refugees arrived in Pakistan and among other things, Afghan youth also embraced cricket.  From that humble beginning it took almost 28-29 years for Afghanistan to earn one-day status with the ICC as well as to qualify for the Twenty 20 championship held in West Indies in 2010.

Although the Afghan tour is exciting news, it seems that the much anticipated Sri Lankan team tour has been put on hold for the time being. 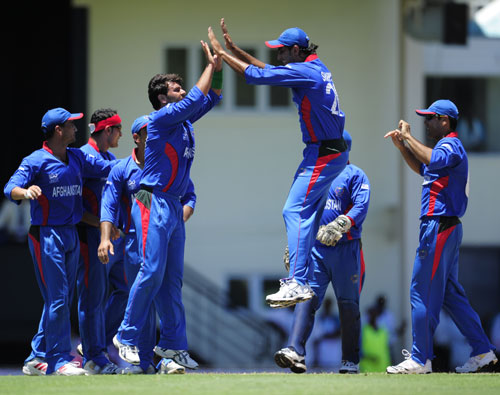 Thus we all anxiously wait and see what other turns international cricket takes in Pakistan.