Odds may be against Pakistan, but the country is siding with their team for the “Mother of all Matches” today. Pakistan will be squaring up with India for the ICC Cricket World Cup semi-final. Winner will be facing Sri Lanka on Saturday that will take place in Mumbai.

More Than a Game? 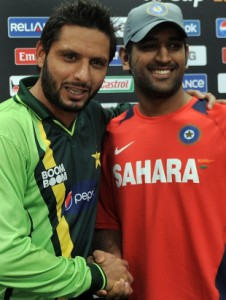 Even those who don’t usually pay much attention to the sport have taken notice of the run for the World Cup. Your average citizen is now a frenzied fan, supporting their team – supporting their country.
Pakistan was never “counted out” as a favorite to win, but the last few years have left fans with wounded pride and heavy hearts. Icon Bob Woolmer passed away during the 2007 World Cup. 2008 followed with a year of no Tests. Then came Lahore. Then Sydney. Add a scandal, national politics, and international issues.

And now. Here they are. The Pakistanis are facing India in Mohali. 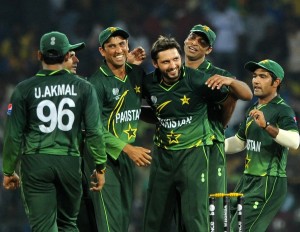 In the eyes of many anxious fans – it’s a statement; a statement about the people of Pakistan. It’s the semi-finals. And Pakistan is standing up. You can hear them saying, “Don’t count us out.”
Sometimes a game is so much more than a game. It’s a deflection of deeper issues. It’s an escape – for players, for fans. A respite from the world climate. A representation of more than the men on the field. A team represents the culture, perseverance, and determination of a country. When people talk about this cricket team, they don’t say Pakistan; they say “we.”

Today, Pakistan just wants to play ball. But what is the Cricket World Cup holder, really? It comes down to bat and ball, runs and wickets, chance and hard work. And you know they’ll be ready today. Because if there is one thing Pakistani’s got right, it’s playing hard. Pak will bring it – full on.

What are the Odds?

Since the last World Cup, in the three World Twenty20s since 2007, Pak won one, made the finals in another, and the semi-finals in the third. Pak were semi-finalists for the 2009 Champions Trophy. After the spot-fixing scandal in England last year, Pak was defeated with an eventual 2-3. They faced the South Africans and lost the deciding ODI again. Before the World Cup they won a Test series and an ODI series in New Zealand which gave the team a boost.

The Indian team is a batting power house, but Pakistan has the bowling ammunition that’s the best in the world. Indian players have more experiences. Pakistan team is mostly young. The pressure on both teams will be intense. (Pakistanis should be particularly understanding of the effects of pressure on an inexperienced team.)

India is favored over Pakistan by many sources. Fans are preparing themselves for any sort of result. But at the end of the day, the better team will win. Although a big game, the “Match of the Decade” is still just a game.

Over the last 18 months Pakistan team has seen ups and downs. The country has shown never-ending support for the effort, determination, and hard work that it has taken to see the team reach the quarter finals and now the semi-finals. Pakistani’s support their native cricket team, whether they come home with the ICC trophy, or not. Athletes will return home with their heads held high – win or lose.

If Pak loses, keep your calm and support the team. Pakistan is a nation that has seen a lot and this is a test of courage and potential. Even in the case of a loss – this is an opportunity to prove the character of the country.

All the best to semi-finalists, Pakistan’s ICC cricket team!