Pakistan star all-rounder Shahid Afridi fetched whopping $700,000 – the highest bid in auction – as he was sold to Dhaka Gladiators in auction of Bangladesh Premier League (BPL) held in Dhaka on January 19. The West Indies destructive opener Chris Gayle, despite the fact he will be available for only 2 games, was also successfully bid at $551,000 by Barisal Burners. 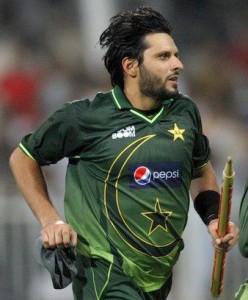 The Boom Boom heads to Dhaka for his Twenty20 expertise. (Photo: REUTERS/Nikhil Monteiro)

Four different franchises fought in bidding for Shahid Afridi on tie-breaker at $500,000 as it turned out Dhaka wanted him most but he is likely to not be available for majority of the tournament. BPL starts on February 9 and ends on February 29. Afridi will be part of Pakistan’s limited-over squad in UAE for matches against Afghanistan and England, which are from February 10 to 27. All he will be able to play is first match, if Dhaka gets any before February 10 as schedule is yet to be released, and the final, if Dhaka qualifies. This amount ($700,000) is more than he [Afridi] got in auction of IPL-1 in 2008. He was purchased by Deccan Chargers at $675,000 before IPL-1.

Player-auction for Bangladesh Premier League took place in Raddison Blu Water Garden Hotel, Dhaka. Players from across the globe went under hammer. Six Franchises were up to pick from 180-odd players. Each franchise had maximum purse of $2 Millions to be spent on players, the franchises could pick maximum of 8 foreign players in their pools with at least 1 player from associate countries. Maximum 5 imported players can be part of playing XI.

Complete schedule of the league is yet to be announced but it will start on February 9 and final will be played on February 29. All the six franchises – Barisal Burners, Chittagong Kings, Khulna Royal Bengal, Dhaka Gladiators, Duronto Rajshahi, Sylhet Royals – are likely to go head-to-head twice in round-robin stage with top four qualifying for the knock-out stage. 33 matches, to be played during the event, will be staged at two major venues of Bangladesh – Sher-e-Bangla Cricket Stadium Mirpur (Dhaka) and Zohur Ahmad Ch. Stadium Chittagong.

Notable Pakistan players in the event

Shoaib Malik turned out be second highest bade player from Pakistan as he was purchased at $150,000 by Chittagong Kings, who also pocketed Nasir Jamshed at $100,000. Saeed Ajmal and Rana Naveed were taken by Dhaka Gladiators at $100,000 each whereas Kamran Akmal and Sohail Tanvir went to Sylhet Royals also at $100,000 each. All rounder Abdul Razzaq also managed bid of $100,000 to go to Duronto Rajshahi. Barisal Burners showed interest in Yasir Arafat as they purchased him at $80,000. Imran Nazir ($85,000) also managed a bid by Dhaka Gladiators.

Icon players: Shahriar Nafees (Barisal Burners), Tamim Iqbal (Chittagong Kings), Mohammad Ashraful (Dhaka Gladiators), Shakib Al-Hassan (Khulna Royal Bengal), Mushfiqur Rahim (Duronto Rajshahi) and Alok Kapali (Sylhet Royals) were not put in auction as they were kept as icon players to represent specific franchises, mainly associated with their native regions. They will be paid more than “the highest bid of player” in their respective squads. For Example, Ashraful will get more than $700,000, which is highest bid achieved by Shahid Afridi, a player of Ashraful’s team.

The event will be broadcast either on ESPN or Ten Sports and Channel 9, a new Bangladesh TV Channel.

Dhaka Gladiators, with power house of Shahid Afridi, Kieren Pollard, Saeed Ajmal, Mashrafee Murtaza, Mohammad Ashraful, Imran Nazir, Stuart McGill, Elias Sunny and Rana Naveed, looks the most formidable team of the event. If they win it, it will be a possible ticket for entry in Twenty 20 Champions League (CLT20). However, CLT20 are yet to announce the participation of a team from BPL.

PS: There are many other players participating in the event. Each and every player isn’t mentioned in this article. 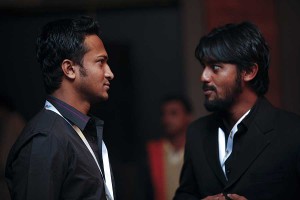 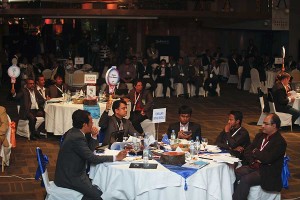 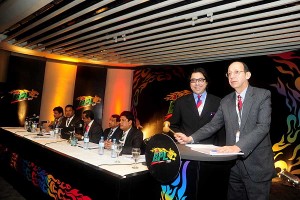