Well isn’t it obvious that when Argentina and Germany played on July 13th 2014 we won?

Let me explain. As almost every Pakistani knows by now, Pakistan is the proud manufacturer of the football used in the world’s largest sporting event, the FIFA Football World Cup 2014.

Why is this a triumph for us Pakistanis? Because at one time the football manufacturing industry based in Sialkot supplied around 80% of all the footballs produced in the world. However, due to stiff competition from countries like China, Vietnam and Indonesia our share of the industry has declined today to a measly 18 percent!

The order for making the Brazuca balls going to a Pakistani manufacturer (Forward Sports) is a real achievement as this means that the industry is on the path to resurgence. In these times of economic and political hardships, for Pakistan this is quite amazing.

Mr. Masood points out that “Pakistan can regain much lost share of football manufacturing from China, Vietnam and Indonesia”. He added that it can raise its share of world soccer ball production – which was once 80% but now 18% – to 50% in four years. “We get an edge with our labor wages as they are cheaper than China.”

Mr. Masood hit the nail right on the head. One of the major factors that is driving this shift back to Pakistan is the labor wages. As the standard of living in China increases so do their wages and this means that there is one less competitor for Pakistan if all the other variables are kept constant.

Minimum wage in Pakistan is 10,000 PKR which is ~$100 a month. This is much less than the approximate $162 minimum wage in China’s Anhui last year. According to statistics, wages in China have tripled in the last decade. Which surprisingly worked out in Pakistan’s favor this time.

Another impressive statistic here is that approximately 90% of the workforce that manufactures these Brazuca balls are women; women from all walks of life: some who wear a head scarf, others wearing Burqa and others in plain and simple shalwar kameez. Why women? According to Forward Sports this is because women tend to be more diligent and meticulous.

Winning the tender to supply the FIFA World Cup footballs is no small feat for any business, let alone a Pakistani business. This achievement could be what takes the current $1 billion Sialkot sports manufacturing industry into major leagues.

The Disappearance of Bijli and Paani 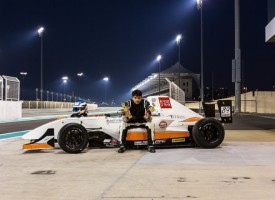 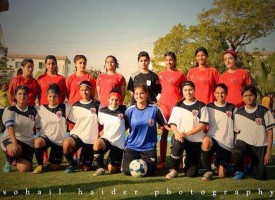