With ICC Cricket World Cup Semi Finals just hours away, fans are getting anxious. India and Pakistan will face each other on the 30th. The match is being called the “Mother of all contests.” 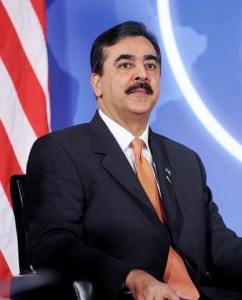 About 6000 Pakistani’s have been granted visas, to date. Tickets that were originally going for 15,000 Rs. are now being sold for 100,000 Rs. According to latest reports, the black rate for a ticket has now gone up to Rs. 1 Million per ticket.

Aussie captain, Ricky Ponting, favors India’s batting power. In the Australia India quarter-final Ponting saw firsthand the bowling strategy of the Indians. He told reporters in Sydney that “India are going to be hard to beat. They are a very powerful team…”

According to some unconfirmed sources there is going to be a total betting of 7000 Crore Pakistan Rupees (850 million US dollars) on India Pakistan match. According to an Indian TV channel, the match has been fixed by Indian bookmakers. Pradeep Agarwal, notorious bookie, was reportedly spotted in an Indian dressing room during India’s match against Netherlands.

Pakistan interior minister has given instructions to Pakistan team that they are being watched and they should stay away from the book makers.

Although Pakistan has never won a game against India in World Cups, the players of the current team are confident of breaking that record and they have said they are not worried about the numbers. 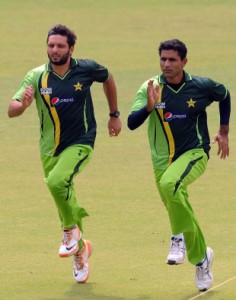 It is going to be a battle between Pakistan’s bowling and a very strong Indian batting. Former Pakistani cricketers including Imran Khan, Wasim Akram and many others have favored the place for Shoaib Akhtar instead of Wahab Riaz. Afridi told Geo News in a telephonic interview that Shoaib is the key but he will play if he is fit to bowl the full 10 overs and that at full flow. The key players for Pakistan are going to be Umer Gul, Shahid Afridi, Shoaib Akhtar, Muhammad Hafeez and Misbah but this match is going to need every single man to perform at his very best.

Pakistan team is training hard and we wish them all the nest of luck.

We’ll be following the match on the 30th; stay tuned.