Field Hockey is the national sport in Pakistan, with its men’s team consistently ranked as one of the top teams in the world.  The Pakistan men’s hockey team, also known as the Green Shirts, has won three gold medals at the Olympics, and taken home the Hockey World Cup a record four times.  It has also won the most number of Asian gold medals (eight), and is the only Asian team to win the coveted Champions Trophy three times. 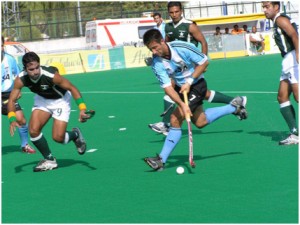 The Green Shirts won gold medals at the Olympics in 1960, 1968, and 1984.  Pakistan also won three silver and 2 bronze medals.  As the most successful team in the World Cup, Pakistan brought home the gold in 1971, 1978, 1982, and 1994, and came in second place twice.  Although Pakistan’s hockey stats have dropped in recent years and they haven’t won a major title since 1994, the Pakistan Hockey Federation has a detailed strategy in place to get back on top. 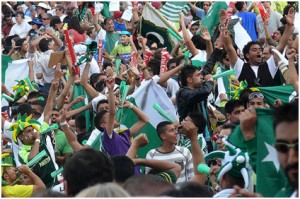 Another widely popular sport in Pakistan is Squash, which has also been one of the country’s most successful sports.  Pakistani players, most notably Jahangir and Jansher Khan, are considered legends of the sport and dominated for decades.  Between 1950 and 1997, Pakistan won more than 30 British Open titles, 14 World Open titles, and many PSA professional titles.

During Jahangir Khan’s career, he won the World Open six times and the British Open a record ten times, while Jansher clinched the World Open title eight times.  For five years Jahangir remained undefeated, winning an amazing 555 matches in a row.  This winning streak was not only the longest consecutive string of wins in squash history; it remains one of the longest unbeaten runs by any athlete in top-level professional sports.  Jahangir also claimed three International Squash Rackets Federation World individual titles, taking his tally World titles to a record-breaking total of nine.

Although Pakistan has relinquished its throne of dominance on the squash world scene, no doubt there will be more success in the country’s future.  With so many talented players in each of these sports, there’s little wonder why so many Pakistanis are fans.

Fastest  bowl of a cricket ball – The highest electronically measured speed for a ball bowled by any bowler is 161.3 km/h (100.23 mph); bowled by Pakistani player Shoaib Akhtar February 22, 2003.  The game took place in Cape Town, South Africa in a World Cup match against England.

Most Wickets In A One-Day International Career – Pakistan’s Wasim Akram took 440 wickets in 319 ODI matches between 1985 and 2001.  Wasim took the wickets at an average of 24.04 runs.  In February 2000, Wasim received a Lifetime Achievement Award from the Pakistan Cricket Board. 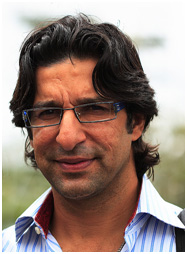 Largest Football (Soccer) – A football made from artificial leather PV-PVC and hand-sewn by the staff at Ihsan Sports of Hajipura, Sialkot, Pakistan, measures 4m (13 feet, 1 inch).  The super-sized soccer ball was made from 32 separate panels that were laminated, printed, and hand-stitched together to replicate the company’s standard ball.

Youngest Cricket Test Player – Hasan Raza is the youngest Test player, making his debut at age 14.  He played against Zimbabwe at Faisalabad, Pakistan on October 24, 1996. 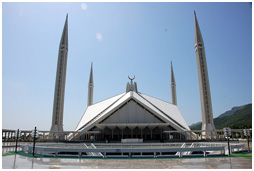 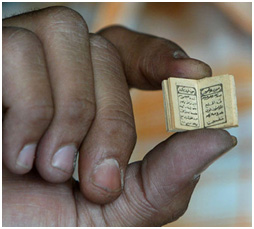 Heaviest Weight Lifted Using the Ear – On May 26, 2004 in Lahore, Pakistan, Zafar Gill lifted gym weights hanging from a clamp attached to his right ear and held the weight for seven seconds.
The weights were 51.7 kg (113 lb 15 oz).

Largest Tea Bag – The largest tea bag was made by Lipton Yellow Label of Lever Brothers, Pakistan Ltd weighing 8.9 kg (19.62 lb) and was displayed at the Avari Towers Hotel, Karachi, Pakistan in June 2002.

Largest Human Flag – Pakistani youth broke the Guinness world record of the largest human flag on Feb 06, 2014, when 29,040 people gathered and formed a human flag at the National Hockey Stadium in Lahore. 47 A’s in O-Level & A-level Exams – A Pakistani student, Haroon Tariq, broke the current world record of highest number of A’s in O-level & A-level exams in December 2013 by securing a total of 47 As in his International General Certificate of Secondary Education (IGCSE) O Level and A Level exams.

The Significance Of Nasser Janjua’s Appointment As National Security Adviser