The U.S. government seems all ready to attack the internet. Now it has declared its right to seize any domain ending with “.com”, “.net”, “.org”, etc. This means, in short, the U.S. government can shut down your business any day and you cannot even claim that this domain is out of their reach. According to Wired, the U.S. has claimed such authority for all domains, like .cc, .tv, .name and others. It would not matter in which country your site is headquartered or in which state your site works from and for which audiences, it can basically demand closure because it is the internet and worldwide web.

Just recently, the U.S. government shut down a Canadian online sports gambling site called Bodog.com. It is not that the U.S. holds a certain degree of influence over Canada that it did so and got away, but it could do this anywhere. The only thing that could hold it back is that the company which provided the site or domain to a website should be based outside of the U.S. The problem is most website-providing companies are based in the U.S. Hence, Bodog.com was closed down because its domain was provided by VeriSign, which is in the U.S. 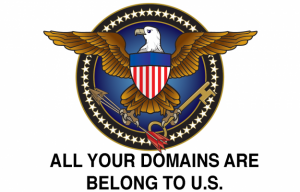 According to the Department of Immigration and Customs Enforcement (ICE), the U.S. government only has to issue an order to a main owner company to shut any website. Public Interest Registry, which owns most of the top-level “.org” websites, could also come under this directive authority, if the U.S. government so chooses. The domain-owning companies cannot challenge the U.S. government because it is under the law for them to simply follow given orders.

Hence, these are orders and not requests. The U.S. government is on a mission of sorts under “Operation in Our Sites”, which it started in June 2010. It operates to clear the internet of dishonest websites which deceive people in various ways, from alluring users of winning prices to asking them to donate for a good cause to even asking them for writing from home and being paid which never happens.

Another false tactics that some dishonest websites use is to sell products and franchises which are, of course, all fake. Hence, the U.S. government is working to stop the cybercrime when it shut down Bodog.com ordering VeriSign to comply. Those who work honestly out there have no reason to fear. In fact, they should be happy that their work is unique and will remain so without any intellectual property rights infringements, not being plagiarized upon and their works not being stolen without a reference or prior consent. 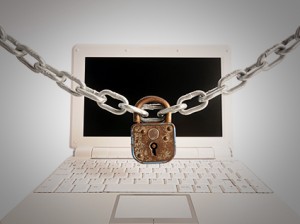 So far the mission of Operation in Our Sites has successfully closed down 352 domains and the programme continues. One hopes that it quickens up a bit to cleanse the worldwide web sooner. Those who would challenge such an operation could argue why should the worldwide web only operate under the U.S. laws and by the U.S. government’s wishes. Since different countries have different laws and what could be a crime in one country might not be considered so in another. Just this recent case of Bodog.com is sufficient to prove this, as online gambling is not illegal in all of the countries, but the U.S. government seized it because the U.S. citizens could also access it.

One other trouble that goes with such an approach by the U.S. government over closing down sites just because it thinks its citizens are being harmed is that instead of shutting it down, it could block or ban the site in the U.S. only. This does happen in many other countries where internet censorship is practiced just for the same reason of protecting the people as claimed by various governments.

The only challenge that internet censorship faces is when it bans those websites which allow freedom of expression. But who could argue that online gambling is also a freedom of action to the U.S. government, since it considers the action itself to be illegal, but online when online. Otherwise gambling is permitted in the U.S. It also highlights another fact, which is that the U.S. government considers to practice internet censorship, yet shows to the world that it is still open to debate about SOPA and PIPA just to get away without having a stigma of being similar to those countries, especially China and Pakistan, which it openly blames for such conduct in the international arena. In short, the U.S. government admits spying and policing the internet, but is hypocritical about it.