From 16-18 December, the Cyberspace Administration of China in partnership with the provincial government in Zhejiang are jointly hosting the 2nd World Internet Conference in the eastern city of Wuzhen.

More than 2000 attendees from over 120 countries are participating in the conference, almost half of them foreign guests. These include government officials, international organizations, Internet companies, academics, experts, think tanks and students from local and international institutes.

President Xi Jinping delivered his keynote speech in the opening ceremony. State leaders from 7 countries are part of those attending:

Although this isn’t quite the sizable number one would expect in a ‘world’ conference, it does account for a significant representation from the Asian heartland, especially member states of the Shanghai Cooperation Organization (SCO).

The theme for this year is “An Interconnected World Shared and Governed by All – Building a Cyberspace Community of Shared Destiny“. The forum aims to foster further strategic-level discussions on Internet governance, cyber security, e-commerce, technological innovation and the philosophy of the Internet.

Two important facts need to be kept in mind to understand the significance of China’s leading efforts in this regard:

1. Its large economy and global influence especially through geo-economic ventures into Asia, Europe and Africa
2. Its status as the country with the largest Internet use in Asia (roughly 674 million Internet users, 43.1% in Asia)

More importantly, as an emerging superpower, China is a founding member of the SCO. The forum’s RATS (Regional Anti-Terrorist Structure) Council takes the issues of Terrorism, Separatism and Extremism very seriously. Little surprise that China has made strenuous efforts in the past to restrict and mold Internet services in the country according to its security interests. For example, content is regularly monitored. Interestingly, Mr Zhang Xinfeng is the current Director of SCO RATS. Since April 2011, he is a Deputy Director at the State Internet Information Office which regulates Internet traffic in the republic.

China’s interest in the Internet is seems purely security-based. In an interview to Global Times last year, Xinfeng had said:

“As the “three evil forces” make use of the Internet to carry out a trans-border terrorist holy war to separate sovereignty countries, our anti-terrorist structure established a joint expert team from all SCO members later last year to deal with the threat from the Internet.”

Related: Anti-Terrorist Cyber Operations And The Future Of National Security

The “three evil forces” being referred to by Xinfeng are Terrorism, Separatism and Extremism (as mentioned earlier on). China faces these threats in the form of Tibetan separatism and propaganda fueled by the US and India including the Uyghur ‘liberation movement’ spurred by the likes of Rebiya Kadeer and her ilk (Chinese equivalent of BLA).

China believes that freedom, even on the Internet, should be exercised with responsibility because it can be easily exploited to sow discord among nation states and have tremendous implications for their national security interests.

Furthermore, the subversive activities of Al Qaeda-affiliated terror groups such as East Turkestan Islamic Movement (ETIM) are a constant source of concern for Chinese state authorities as they exploit the religious sentiments of the Muslim minority in their largest habitat, Xinjiang.

President Xi mentioned these in his opening speech:

“All countries should work together to contain the abuse of information technology, oppose cyber surveillance and cyber attacks and reject a cyberspace arms race.”

He also took an indirect shot at Western countries such as US, UK and Australia which have routinely accused the Chinese of cyber espionage (especially industrial cyber surveillance). Xi said that such countries have “double standards” when it comes to their own regime policies toward Internet management:

As China seeks to expand its geo-economic influence through the ambitious “One Belt One Road” (OBOR) project, it needs to ensure that its target zones especially its Asia neighborhood works within the same framework as Beijing to manage the flow of online information and prevent projects from sabotage by miscreant elements, thereby jeopardizing billions in investments abroad.

As far as Pakistan is concerned, the Chinese government is laying down a $44 million fibre optic cable from the Chinese borderland till Rawalpindi (almost 820 kilometres) to provide high-speed Internet connectivity as part of the China-Pakistan Economic Corridor (CPEC). This is clearly a practical manifestation of the ‘Digital Silk Road’ initiative, which will also be discussed in detail during the conference.

This year’s speakers list includes Brian Chesky (CEO Airbnb), Jimmy Wales (Founder Wikipedia), Reed Hastings (CEO Netflix) and even representatives from Facebook. We can thus expect that alternative viewpoints from the Western ICT world (the conventionally dominant movers and shakers of the industry) will be heard and understood; similarly, the foreign guests will get opportunities to interact firsthand with their Chinese counterparts and remove perceived misunderstandings.

China’s argument is simple: We want a shared Internet that is safe and available to all and free from the influential clutches of select countries that have sought to affect its workings from time to time by hook and by crook. China believes that freedom, even on the Internet, should be exercised with responsibility because it can be easily exploited to sow discord among nation states and have tremendous implications for their national security interests. China’s vision is a positive step towards global collaboration.

Pakistan’s participation is symbolic but it shouldn’t be confined to empty statements of appreciation and endorsement. Islamabad should prioritize membership to the SCO RATS Council so that best practices related to cyber security and cyber defence are exchanged with regional states to cleanse Asia’s cyberspace of common enemies, those that wish to create distrust among its people. 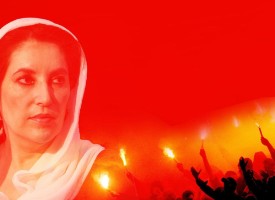