Though the Floods are over and we have all forgotten the people who suffered. This post is a reminder that they still need us.

The 2010 Pakistan floods began in late July 2010, resulting from heavy monsoon rains in the Khyber Pakhtunkhwa, Sindh, Punjab and Balochistan regions of Pakistan and affected the Indus River basin. Approximately one-fifth of Pakistan’s total land area was underwater, approximately 796,095 square kilometers (307,374 sq mi). According to Pakistani government data the floods directly affected about 20 million people, mostly by destruction of property, livelihood and infrastructure, with a death toll of close to 2,000.

The Pakistani economy was harmed by extensive damage to infrastructure and crops. Damage to structures was estimated to exceed 4 billion USD, and wheat crop damages were estimated to be over 500 million USD.Total economic impact may have been as much as 43 billion USD. 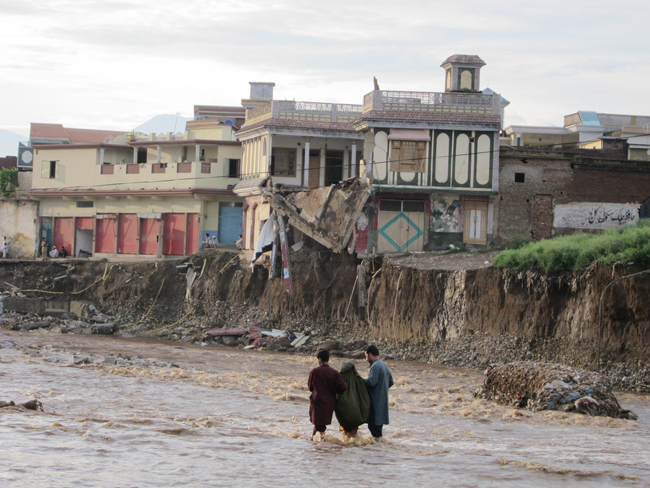 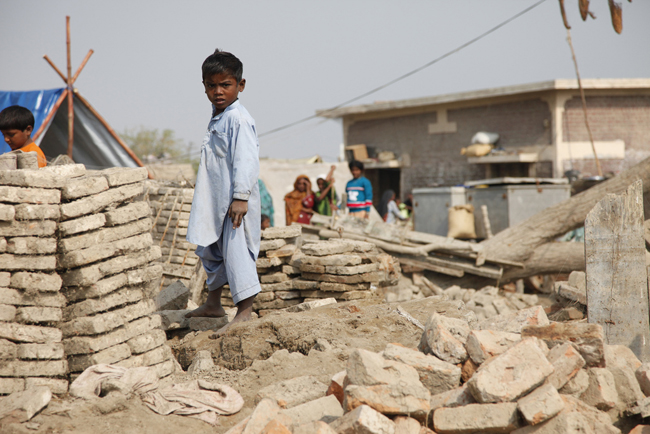 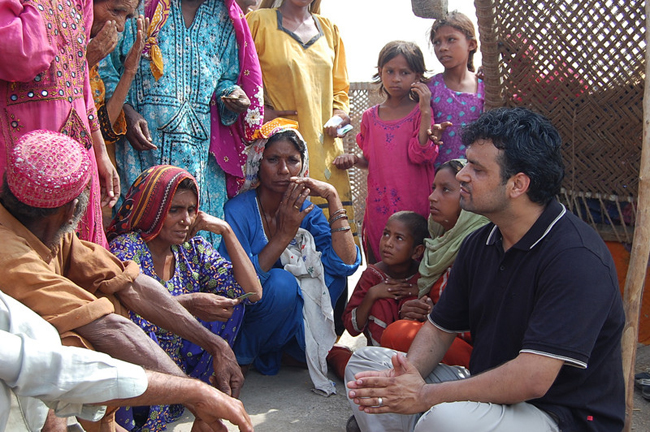 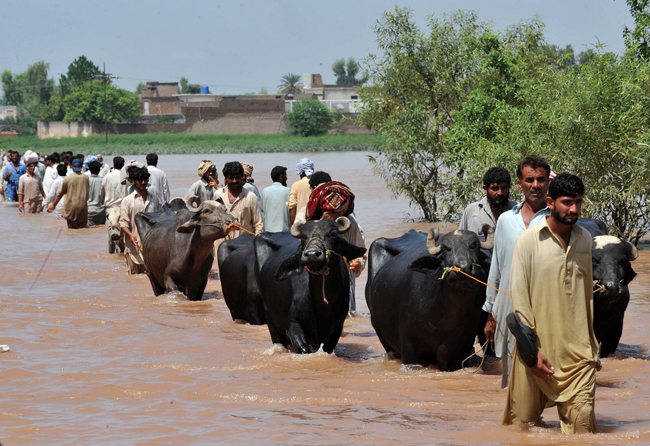 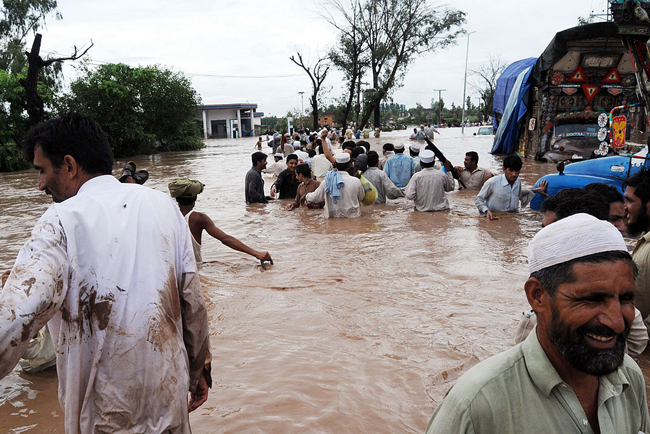 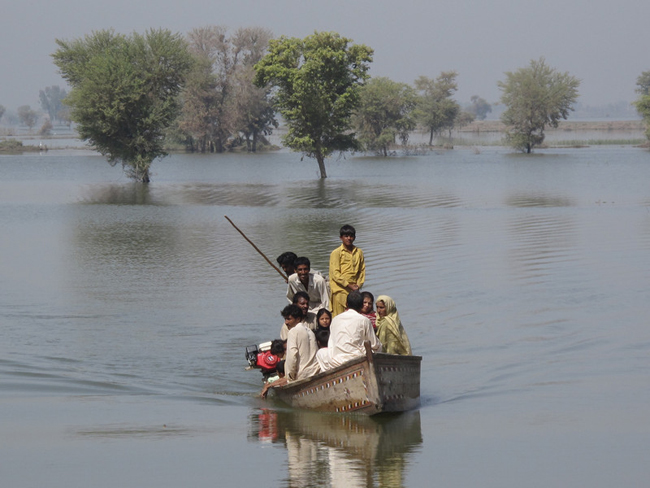 Pakistani girls wait for distribution of food at an army relief camp for displaced people at Sultan Colony in Muzaffargarh district, Punjab province.
Photo by mdmission 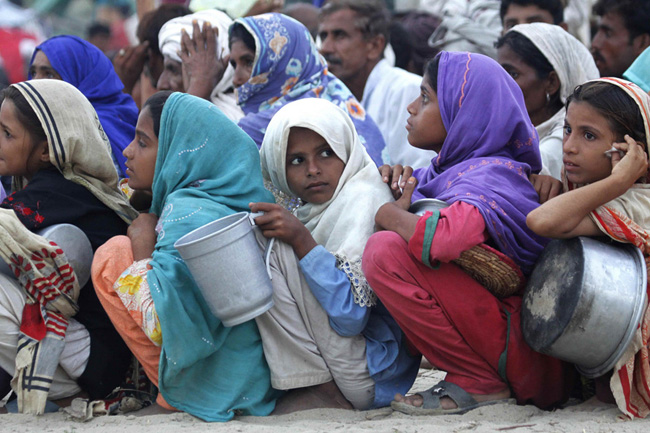 Pakistani boys unload food from an U.S. Army CH-47 helicopter for their families who have been affected by flood waters north of Myra.
U.S. Army photo by Spc. Stephen J. Schmitz/Released 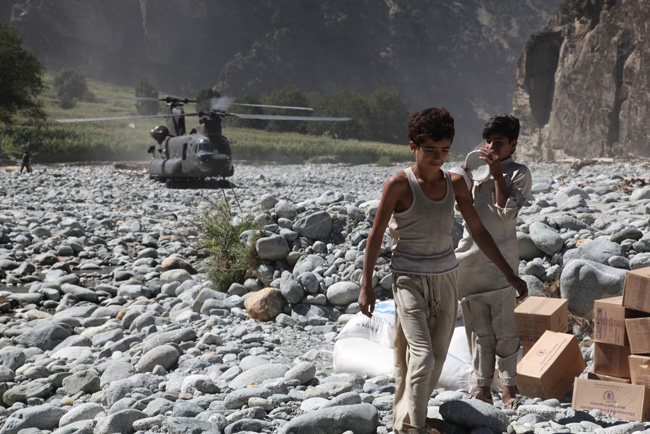 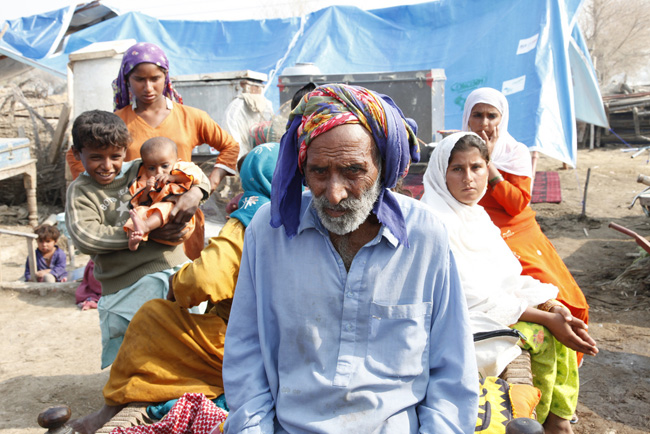 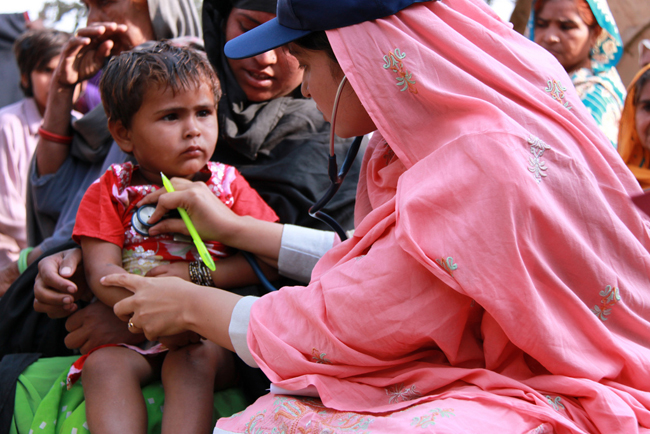 U.S. Army soldiers from the 16th Combat Aviation Brigade relocate Internally Displaced People from Matlatan to Rubicon in support of the Pakistan flood relief efforts in the Khyber-Pakhtunkhwa province of Pakistan
Photo by DVIDSHUB 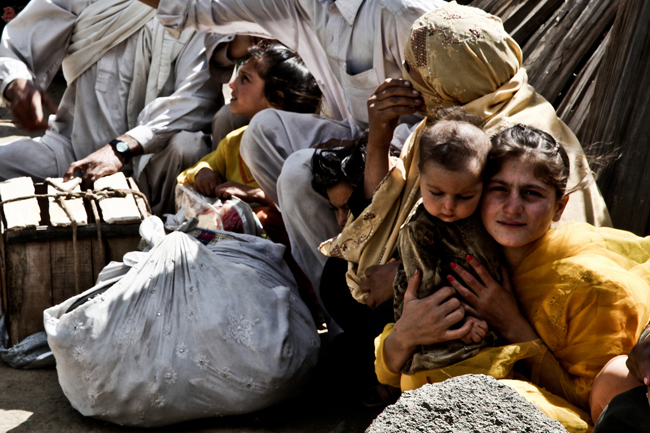 People displaced by the 2010 flooding in Pakistan collect clean drinking water from a tapstand in the town of Ghari Kharo, in western Sindh Province
Photo by Department for International Development/Russell Watkins 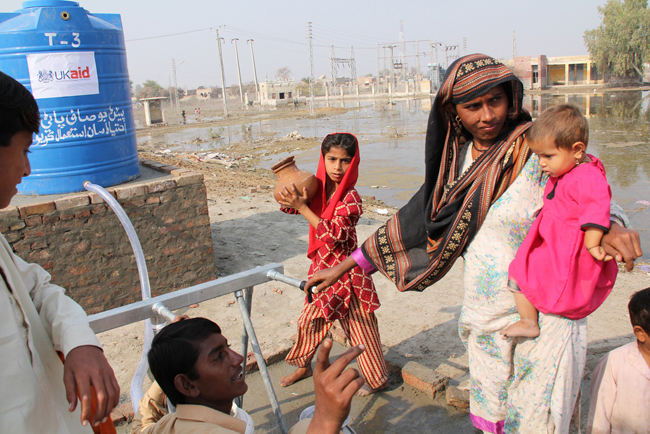 Photo by Save the Children 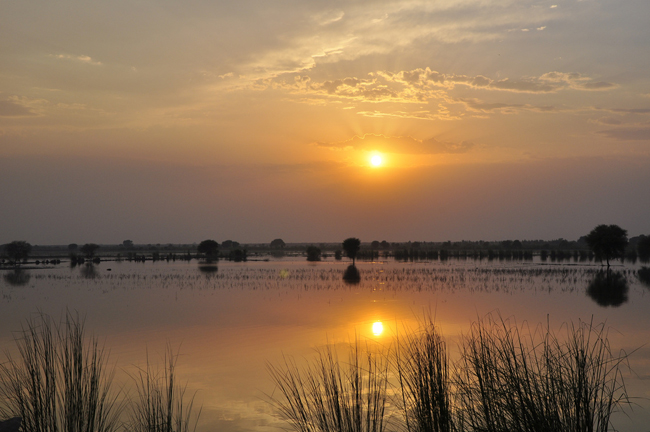 Razia, a 30-year-olld mother of three, including 3-month-old Parveen, rest on a charpai at a makeshift camp for persons displaced by the extensive flooding in the district of Muzzafargarh.
Photo Credit: Jason Tanner 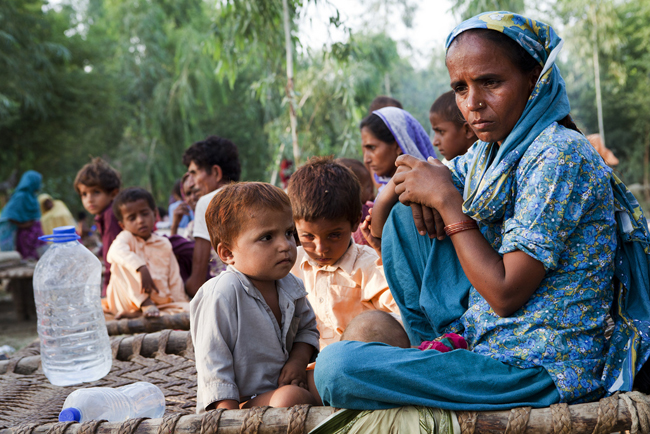 A tent city at sunset, Hahirpur district , Sindh province
Photo by Save the Children 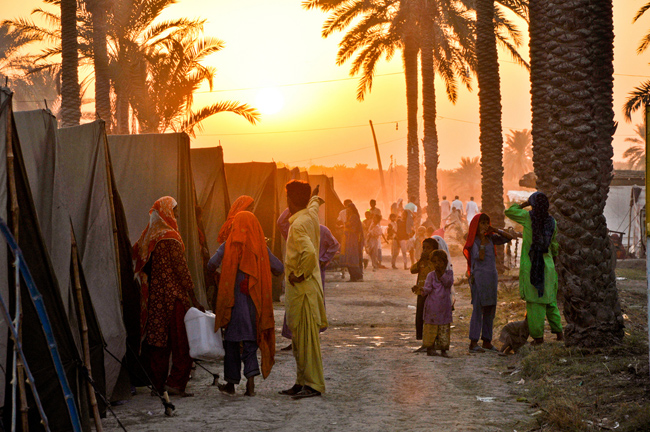 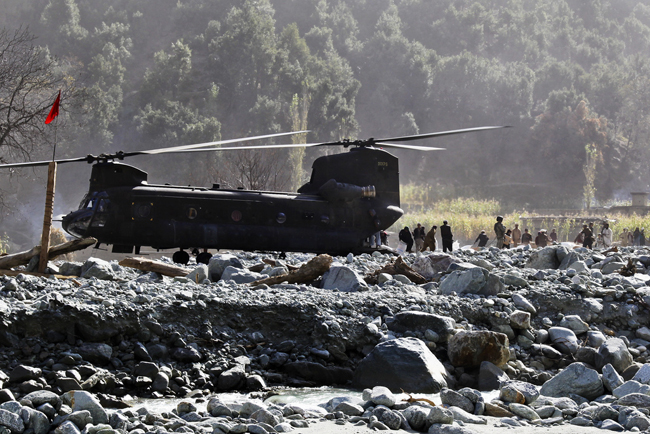 Pakistani villagers cross a bridge made of trees to be relocated in a U.S. Army CH-47 chinook helicopter from 16th Combat Aviation Brigade for flood relief in the Khoistan Region
Photo by DVIDSHUB

Kamal, eight months and suffering from dehydration and diarrhea, is carried through a section of water as his family struggles to make their way home through the flooded areas between the cities of Shikarpur and Jacobabad in the Sindh Province of Pakistan.
Photo by Colin Crowley 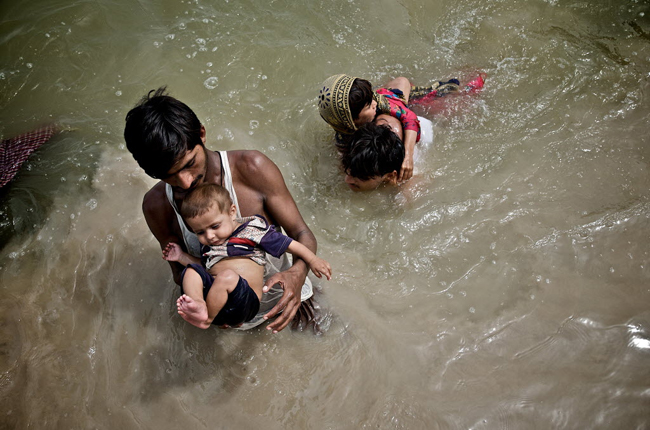 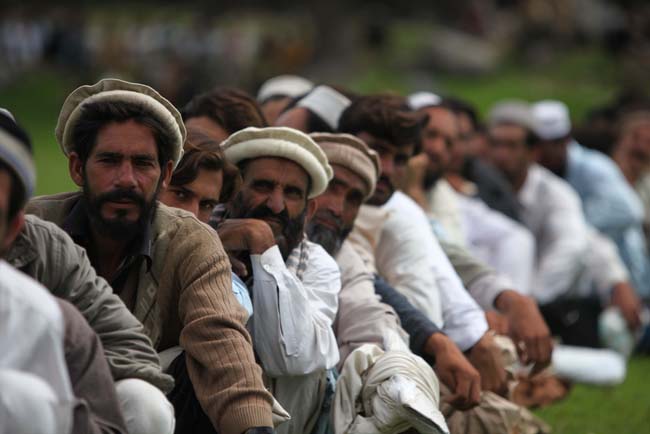 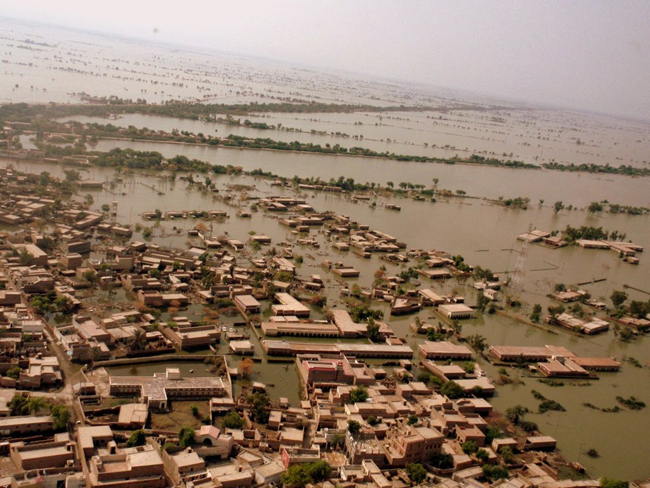 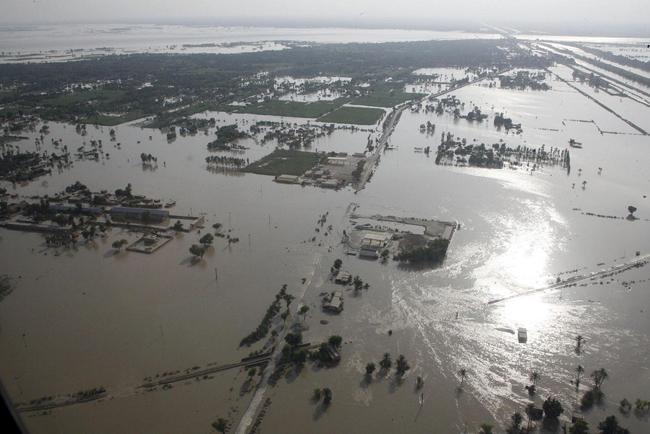 Two Pakistani men cross a bridge to get to the supplies delivered by U.S. Army 16th Combat Aviation Brigade for flood relief in the Khoistan Region
Photo by U.S. Army Alaska 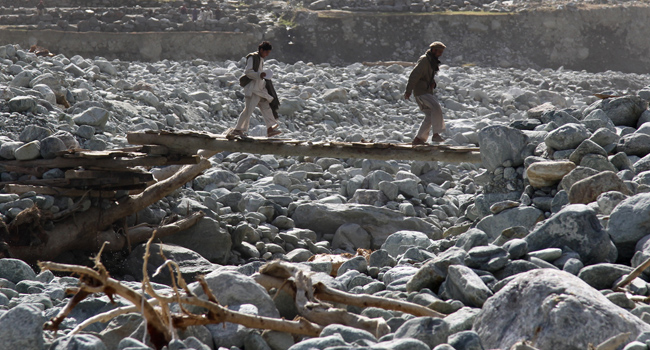 Floods in Karachi
Photo by jonnystiles 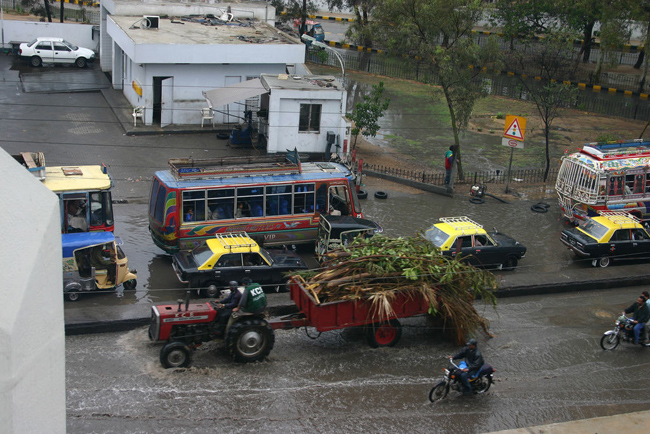 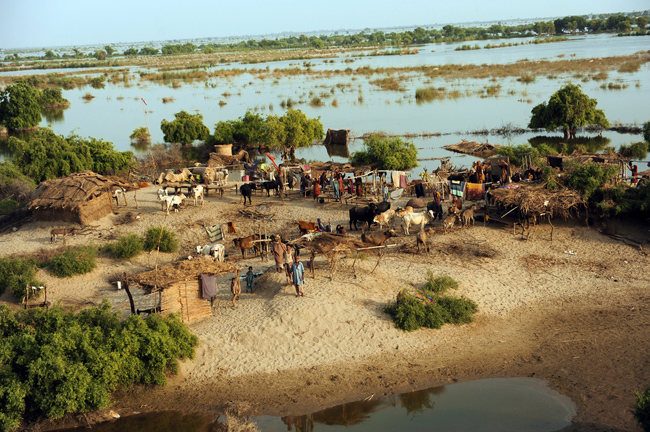 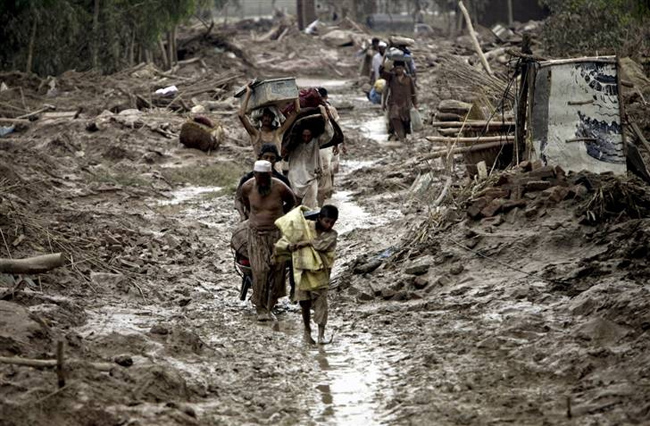 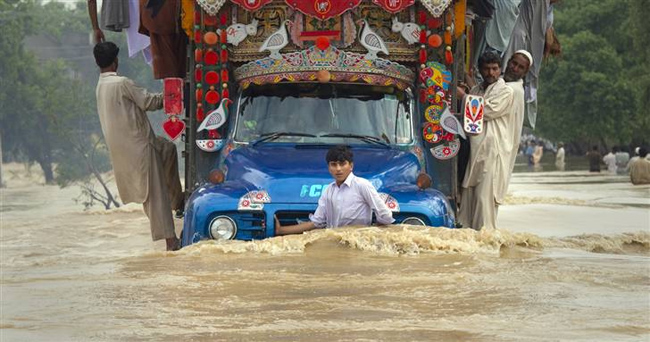 The flood-stricken areas of South Punjab
Photo by Salmaan Taseer 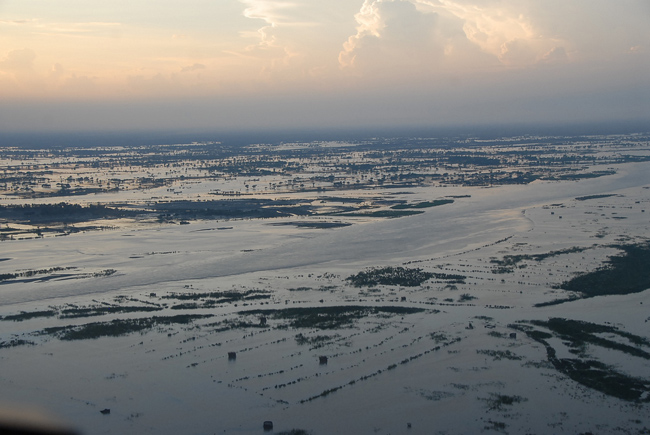 A boy walks through flood destroyed homes in Pabbi, near Nowshera
Photo by Baba.Ali 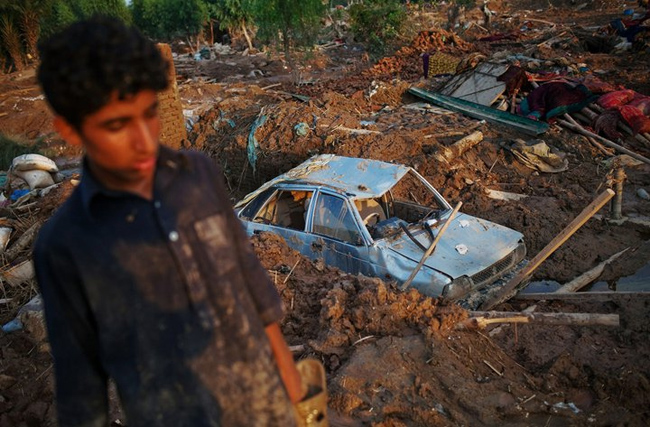 A girl floats her brother across flood waters while salvaging valuables from their flood ravaged home in the village of Bux Seelro near Sukkur.
Photo by Baba.Ali 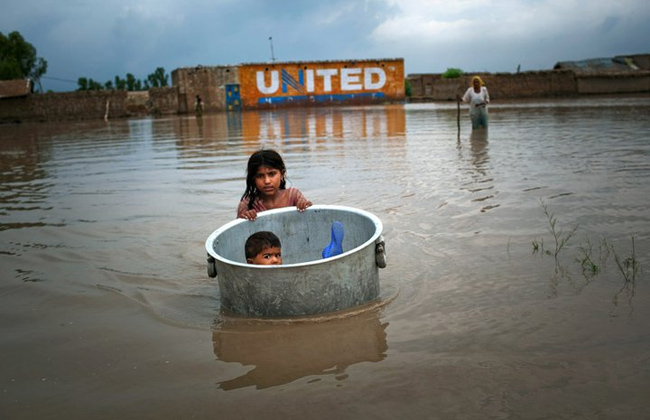