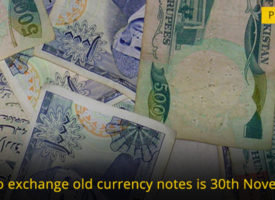 Pakistanis have invested around 3 billion dirhams (PKR 85 billion) in Dubai realty market in last 6 months. According to the report based on Dubai land department that appeared in UAE media, Pakistanis are just behind Indians and Britons. India has invested a whopping amount of 7 billion dirhams while Britons made an investment of colossal 4 billion dirhams. On the other hand, Pakistan is No. 3 on the list

One of the safest avenues to convert black money into white is to invest the money into real estate business, especially in Pakistan. However, the trend is going to get a massive hit as real estate will no longer be a benign shelter for black money after the passage of the finance bill recently, Adviser to the Prime Minister on Revenue, Haroon Akhtar Khan said. While talking to a private 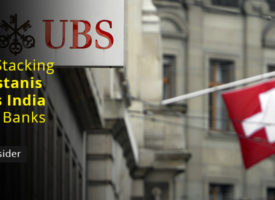 Although soaring Swiss accounts held by Pakistanis is not a novel idea but there has been an upsurge in these numbers which raises an eyebrow amid rising crackdown against unofficial money and stringent regulatory policies in the recent past. Going against the world wide trend, money stacking in Central Swiss Bank by Pakistani nationals has jumped up by 16 percent reaching a swooping figure of 1.5 billion francs almost exceeding 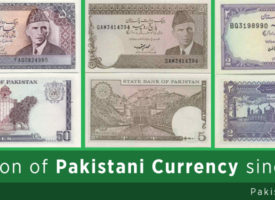 When Pakistan came into existence on 14th August 1947, it did not have its own currency. Instead, Indian currency notes were used by Pakistan which were over-stamped with ‘Government of Pakistan’ title. The Reserve Bank of India acted as the common currency authority for India and Pakistan until 30th September 1948 to allow a cushion period for 13 months for the newly born state, Pakistan, to issue its own currency. 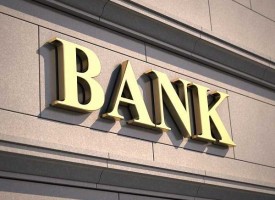 The banking sector in Pakistan is thriving and has been ever since the introduction of formal banking institutions in the region. There has been a growth in the number of facilities offered by private banks, keeping up with the rapid changes in technology and modes of payment. There has been an increase in branchless banking as well. Most companies now offer mobile and online banking, and credit cards have greatly diminished

You have likely heard about Bitcoins, and perhaps you’ve followed their rapid ascent in the marketplace over the last six months. But when we talk about using Bitcoins and the increasing popularity of the monetary system, what exactly are we talking about? The short answer is digital money. Bitcoins are a form of money, just like the American dollar, the Euro, the rupee and the pound. The primary difference is