Dr Moeed Wasim Yusuf, a renowned scholar of South Asian strategic stability and security studies, has been appointed pioneer Chairperson of the Strategic Policy Planning Cell (SPPC) under the National Security Division (NSD) for a period of two years through an Establishment Division notification issued on 25th September. He holds a PhD in Political Science from Boston University, US.

The PTI government of PM Imran Khan began the process to establish SPPC in June 2019 after deliberations with members of the National Security Committee (NSC). It is intended to act as an intellectual hub for evidence-based policy input on national security issues and advise the NSC on Pakistan’s strategic response options in view of multifarious internal/ external security challenges.

A detailed job description highlighting the roles/ responsibilities expected from the SPPC head also mentions mandate to review any national security policy/ strategy documents as tasked by the PM and NSC from time to time. Interestingly, the Chairperson SPPC will also attend NSC meetings and participate in domestic/ foreign policy dialogues. 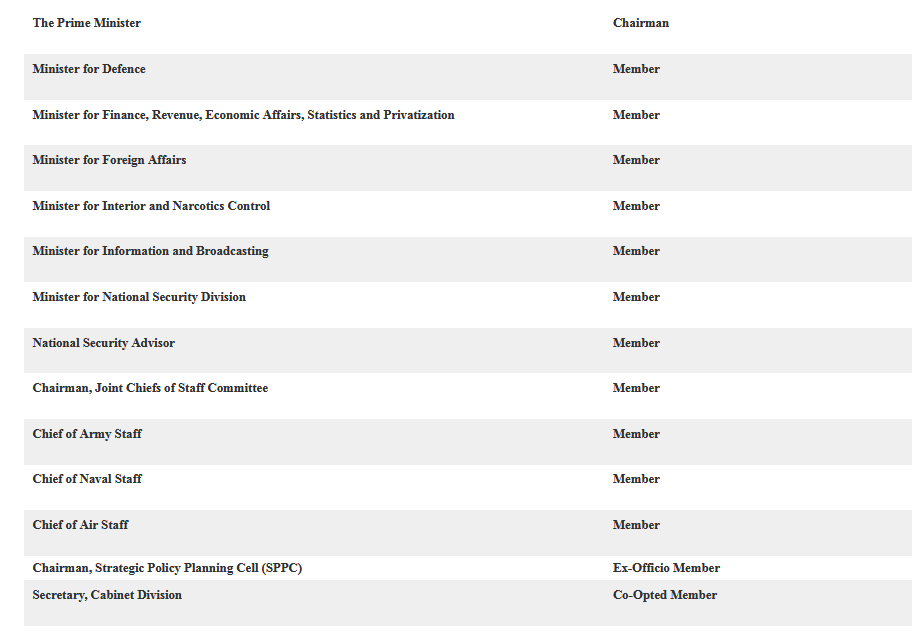 There is no dearth of security studies scholars or policy planners in Pakistan; we have experts from the academia, military and private sectors but only a limited few fulfill the criteria necessary to lead SPPC. A cursory glance of Dr Yusuf’s impressive profile (now removed) is as follows:

Since the aftermath of the US-led “War on Terror“, Dr Yusuf has acted as an enabler for improved Pak-US dialogue and understanding, being the few voices on Pakistan that are still given weightage by the US security establishment. His meticulous understanding of South Asian power dynamics and conflict resolution strategies in a nuclearised environment along with his diverse network of influentials in Washington D.C. uniquely position him to exercise the desired degree of autonomy and respect for scholarly policymaking endeavours. Indeed, PM Imran Khan can expect to benefit immensely from Dr Yusuf’s insight in the immediate context of peace negotiations between the Afghan Taliban and international forces led by the US.

Lt Gen (Retired) Nasser Khan Janjua was National Security Adviser (NSA) during the regime of former Prime Minister Nawaz Sharif. The NSA slot remains vacant since PM Khan assumed charge almost a year ago. In effect, until that appointment, Dr Yusuf will have the highest authority to deliberate upon NSD matters, despite being an ex-officio member. Coming from a civilian background, his intellectual thought process will not be confined to the military way of thinking which has often been criticised for being too rigid. More importantly, at the core of Dr Yusuf’s latest book is the argument that Cold War-era conflict resolution models are non-pragmatic and ineffective; instead he proposes a new “brokered bargaining” model in the sub-regional context of South Asia.

Needless to say, the Pakistan Armed Forces and especially the dominant land forces have just recently indicated their intent to phase out from that decayed school of thought; the approval for Dr Yusuf’s appointment indicates the highest military authorities’ confidence on his expertise to help get out of the long-prevalent strategic myopia which Pakistan has been mired in.

However, criticalities remain regarding the amount of free intellectual space Dr Yusuf is given and the composition of his “core staff”: If the SPPC is to be staffed with officers from the existing bureaucratic cadres, it would be a disaster and render any innovative strategising efforts fruitless. Young minds who have a degree or tested skillset in Defence/ Security Studies, Research & Analysis, Law & Public Policy and also International Relations should be encouraged to produce a variety of analytical products for the Chairperson ranging from Neighbourhood Briefs, Military, Security & Diplomatic Activity Assessments, Perspective Papers to the more daring Futures Analysis comprising hypothetical scenarios in multiple threat environments. The sum of these analytical efforts will allow the Chairperson to direct policy planning/ review plans on a broader spectrum. The CIA’s rotational appointments of analysts and future thinkers in the “Red Cell” can offer a somewhat resourceful case study.

To put it briefly, the last thing SPPC can afford are middle-aged veterans or preachers of rhetorical narratives who will provide little to no resource value for the ulterior motive behind SPPC’s establishment: providing the Government of Pakistan with policy options for navigating a multi-polar, turbulent world laced with emerging unconventional threats involving uncontrolled technologies, gray zone/ hybrid wars and competing efforts by certain countries to assume dominance of the information space. Gone are the days when strategic forecasting would be based solely upon a “Threat Matrix” which prioritise threats from the conventional and nuclear domains.

If forecasts into 2050 by Citigroup and PWC Global are to be believed, India will be the world’s largest and second-largest economy, respectively. The US will remain in third position, and Xi Jinping Thought has bound the Chinese state machinery to acquire the status of a superpower by 2050, the centenary of the CPC. As India is destined to assume greater power status in the region on account of its improving economy, it will venture out with greater hegemonic ambitions into the “Indo-Pacific” beyond the present confines of South Asia.

As for now, India’s security supremo (NSA) Ajit Doval is getting ready to present the country’s first comprehensive National Security Strategy (NSS) next month. If reports by Shishir Gupta for Hindustan Times are to believed, the draft NSS discusses, among other salient issues, the rationale for sustaining enhanced naval projection, investments in cyber and space operations, use of Anti-Satellite (ASAT) “deterrents” and elaborating the nuclear use doctrine. Modi 2.0 has already approved creating the slot of a “Chief of Defence Staff (CDS)” to ensure optimal syngergy among elements of the national security apparatus. Doval has been given the free space to wield enough power to even put the CDS to shame.

In stark contrast, Pakistan’s headless national security apparatus has been walking paths in multiple directions to respond to short-term threats and liabilities (including the FATF). A coherent intellectual framework within NSD  such as the SPPC comes as a breath of fresh air, provided it is allowed to operate without bureaucratic constraints and inter-departmental hurdles.

Dr Yusuf’s skillset is established. What PM Khan should think over carefully is the right man to be appointed NSA. It will most certainly be a retired 3-star Pakistan Army General officer. Nominating someone from the “old school” is ill-advised.

In case a forward-looking and eligible candidate is not available, it is best that Dr Yusuf be left to himself. The existing members of NSC are sufficient to debate over his proposals.

Is India Dragging Asia Into A Nuclear Armageddon?