Is India Dragging Asia Into A Nuclear Armageddon?

The race for nuclear technology in South Asia began as early as 1944 when Dr Homi Jehangir Bhabha (known as the father of India’s nuclear program) founded the Tata Institute of Fundamental Research (TIFR) devoted to nuclear studies. Efforts by Bhabha and his associates were gaining attention of statesmen such as Jawaharlal Nehru, founder of an otherwise dialogue-centric Nehruvian school of thought which prioritizes talks over military might. On June 26, 1946, Nehru discussed the importance of atomic energy for peace but he did emphasize that if threatened, India would defend itself “by all means”.

Efforts towards developing all those ‘means’ i.e. nuclear weapons gathered momentum after India’s defeat in the 1962 War with China. Consequently, India carried out its first successful nuclear bomb test on May 18, 1974 known as Pokhran-I (popularly known as “Smiling Buddha”). The test took place in Pokhran, Rajasthan right across Pakistan’s eastern border. The location of this test generated a two-pronged reaction from China but most importantly from Pakistan. It was during this period of visible strategic imbalance that then Prime Minister Zulfiqar Ali Bhutto felt the need for Pakistan to develop similar technologies as a deterrent against an apparently aggressive neighbor. The rest, as they say, is history. To this day, Pakistan lives under fear of India’s signs of planned regional adventurism, if not, then certainly after the US establishes its ‘pivot’ in Asia.

In all fairness and just to set the record straight, it was Russia (1949) that triggered the nuclear arms race in Asia, followed by China (1964). However, when we talk of two arch-rivals Pakistan and India which are still developing countries struggling with widespread poverty and uncertain economies, then it was India that took the lead in disturbing the balance in the subcontinent. The situation worsened since the timing of the Pokhran-I test (1974) came just a few years after India aided Bengali dissidents to break-off erstwhile East Pakistan into the nation state of Bangladesh in 1971. For Pakistan, India’s symbolic test was more influential since it perceived it was New Delhi’s intentions to further breakup Pakistan. Bear in mind that the present administration (BJP) under India’s Prime Minister still preaches Pakistan as among the countries which were part of the once expansive ‘Akhand Bharat’ (Undivided India). It is not surprising that India’s forays in its neighborhood, including Afghanistan, is viewed by Islamabad as part of India’s ambitions to revive their long lost empire.

While China is working on its transcontinental “One Belt One Road” geo-economic initiative and Pakistan is paying full attention to its national component, the “China-Pak Economic Corridor”, India is once again silently but steadily focused on disrupting Asia’s security order.

Anyhow, call it paranoia, misunderstanding or lack of communication, the fact of the matter is that both Pakistan and India possess strong militaries with strategic force commands to employ nuclear weapons in war as and when necessary. The revelations of Dr A.Q. Khan’s proliferation network severely damaged Pakistan’s claims of being a responsible nuclear power but the damage was somewhat reversed, if not repaired altogether, with the establishment of the National Command Authority (NCA) and its subordinate Strategic Plans Division (SPD). Today, besides these organizations, there is also the Pakistan Nuclear Regulatory Authority (PNRA) and a Pakistan Centre of Excellence for Nuclear Security (PCENS). There are significant international symposiums, conferences and seminars held each year within Pakistan on nuclear security issues in which domestic and foreign experts are invited to discuss observations and experiences with the audience. More recently, members of the Nuclear Threat Initiative (NTI) Military Materials Security Study Group gathered together to deliberate upon adequate security measures and published their findings in a 28-pager report in November 2015 titled, “Bridging the Military Nuclear Materials Gap“. Among the country experts present in the gathering was Brigadier (Retd) Naeem Salik of Pakistan Army, former Director of the SPD’s Arms Control and Disarmanent Affairs Directorate.

India was conspicuously absent from the group, as it has been absent from several other similar forums in the past. Several reasons and furnished for this mysterious absence but truth be told, India is knowingly silent on its nuclear affairs. It has decided to keep its developments secret from the outside the world. Ironically, despite this suspicious behavior, the US signed the 123 Agreement with New Delhi, also known as the Indo-US Civil Nuclear Cooperation Agreement. The same approach has not been put forward for a similar deal with Pakistan (the reasons for this are obvious; Washington considers New Delhi a critical ally in the Asia Pacific region for its geostrategic and geo-economic interests).

Recently, the Centre for Public Integrity (CPI) published extensive findings in reports which highlight gross negligence and incompetency in handling radioactive materials and technologies. Important findings were compiled by investigative journalist Adrian Levy in two reports for Foreign Policy magazine. A summary of both report is as follows:-

• India is the building the subcontinent’s largest military-run complex of nuclear centrifuges, atomic research labs and weapons and aircraft-testing facilities in Challakere, Karnataka. The project is expected to be complete sometime in 2017.
• Retired Indian scientists and independent experts in London and Washington assert that the ulterior motive of this project is to give India an extra stockpile of enriched uranium to use in thermonuclear weapons (hydrogen bombs). This would certainly raise alarm bells in Islamabad and Beijing.
• Construction work at Challakere is jointly supervised by the Defence Research and Development Organization (DRDO) and Bhabha Atomic Research Centre (BARC). The latter led the development of India’s nuclear weapons (in ways equivalent to KRL Labs in Pakistan). Both organizations refused to answer CPI’s questions, so did the Ministry of External Affairs. In short, the Government of India has simply decided to tighten its lips and prohibit employees from answering crucial questions.
• Another nuclear enrichment complex (operational) is situated 160 miles south of Challakere near the city of Mysore. It is know as the ‘Rare Materials Plant’. Western nuclear experts argue that this other site is actually a test-bed for Challakere. Gary Samore, White House Coordinator for Arms Control and Weapons of Mass Destruction (WMD) from 2009-2013 believes India intends to built thermonuclear weapons “as part of its strategic deterrent against China”. He did not share an expected timeframe but said that “they will”.
• Robert Kelley, who served as Director of Iraq Action Team at the IAEA from 1992-1993 and 2001-2005 once also served as head of nuclear intelligence at the famous Los Alamos National Lab. He confirmed to CPI that India is pursuing thermonuclear weapons and warend that this will ultimately “usher in a new nuclear arms race”.
• Retired Indian nuclear scientists and military officers have said that the large quanity of enriched uranium produced in these sites would primarily be used to power the country’s nuclear submarine fleet (something which Pakistan too is pursuing through the Naval Strategic Forces Command, in reaction to India’s aggressive posturing). 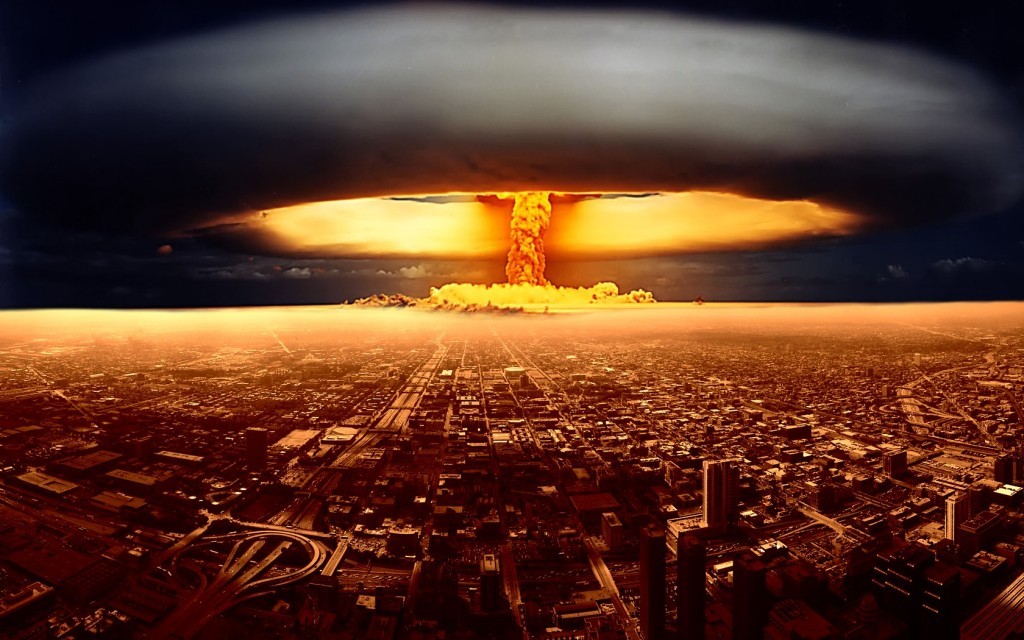 2. Fast, Radioactive and Out of Control (Source)

• India’s nuclear security guard force is ill-equipped and its personnel not properly vetted before employment. In several cases, members have shot or poisoned fellow colleagues over grievances and other disputes (significant insider threats).
• In US intelligence assessments, India’s nuclear security practices over the past years have repeatedly ranked lower than those of Pakistan and Russia. A senior US official said that even in absolutely critical issues such as tracking of explosives and installation of nuclear detectors at entry/exit points in key facilities, the Indians “have got issues”.
• India has consistently unheeded US advice or even opened up its program to international scrutiny, unlike in Pakistan where the governments from time to time have ensured compliance with international nuclear security obligations.
• The Obama administration has exhibited clear favoritism for India by not making it liable to comply with bilateral and multilateral terms and conditions before it is accorded special entry into the Nuclear Suppliers Group (NSG) or partnered for civil nuclear cooperation.

CPI’s reports are only a recently-highlighted fraction of the many dangerous concerns around the security, stability and integrity of India’s ultra-ambitious nuclear fuel/weapons program. While China is working on its transcontinental “One Belt One Road” geo-economic initiative and Pakistan is paying full attention to its national component, the “China-Pak Economic Corridor”, India is once again silently but steadily focused on disrupting Asia’s security order.

Be it for nuclear-armed supersonic missiles or nuclear-attack submarines, the fact of the matter is that despite its cheerful diplomatic overtures such as Project Mausam, New Delhi is rapidly pushing for the modernization and development on two wartime fronts: the conventional and strategic. In October, we published an analysis of Modi regime’s approval to establish three new joint operations agencies (Cyber, Space and Special Operations). The parallel construction of nuclear sites in Challakere and perhaps elsewhere too, is clear evidence of India’s global hypocrisy.

Behind the smiling faces and humble gestures of Namaste are Kautilya’s (Chanakya’s) ancient deception tactics:

“diplomacy is just another weapon…in the prolonged warfare that was always either occurring or being planned for“. 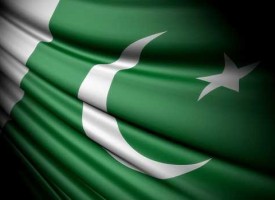