Sometimes things that humans create can be as magnificent as natural creations. I really don’t know why humanity is doing this, why do we need buildings that are so high, ships that are so big, bridges that are so long or cars that are so fast? Yet, I too find it fascinating. Being an engineer, I know how it works. I can’t help admiring terrific construction!

Today we’re featuring the list of top 10 tallest buildings, ranked by structural height and highest point on the building. Can you imagine a building 828 m high? Well here we go!

The Dubai skyscraper, completed on October 1, 2009, is currently the tallest structure. The building is part of Downtown Dubai development project, near Dubai’s main business district. Office space and the Armani Residences occupy the building. There are approximately 900 apartments in the centerpiece of the mixed-use development. The building symbolizes the government’s objective to add service and tourism to the primary industry, oil. 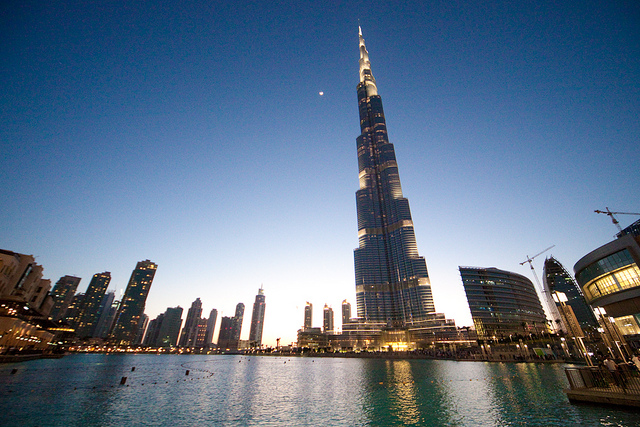 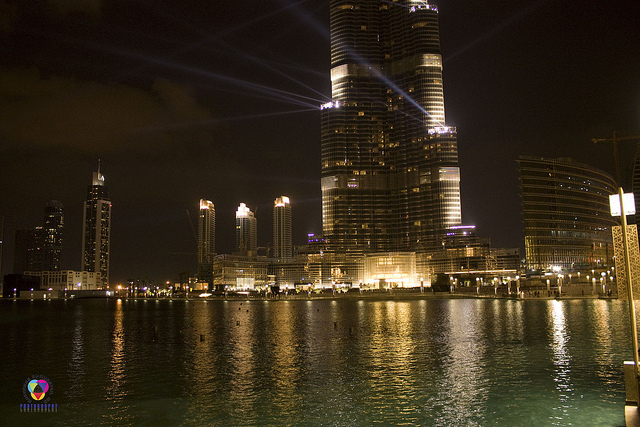 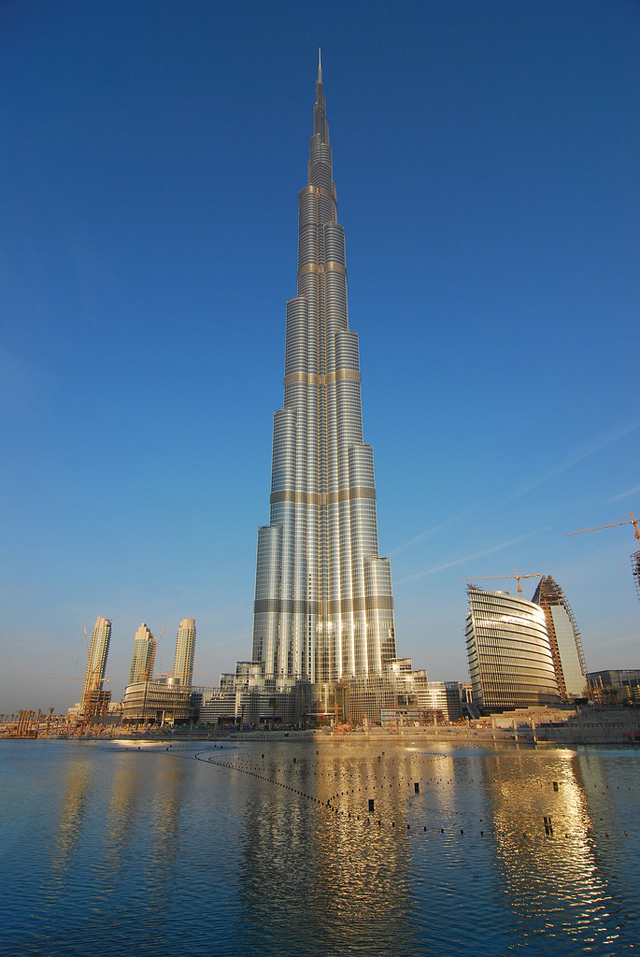 The Willis Tower, oft referred to its former name Sears Tower, was the tallest building for nearly 25 years after its completion. Sears’ naming rights expired in 2003 and in 2009 insurance broker; Willis Group Holdings leased a portion of the building and secured naming rights. The Willis Tower observation deck, the Skydeck, is on the 103rd floor. One of Chicago’s most popular tourist attractions offers views over the Illinois plains and across Lake Michigan. New all-glass balconies were added in 2009. Visitors can look out as well as down. The street is 412m (1,353 ft) below. 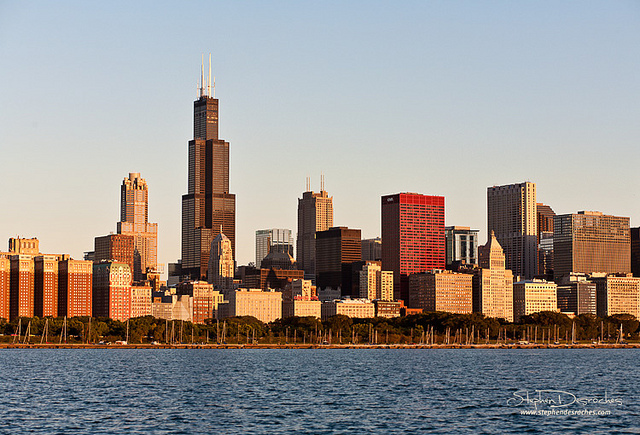 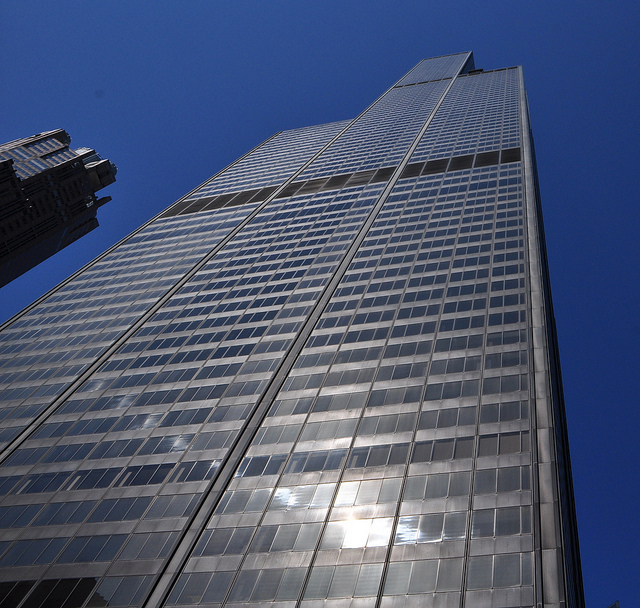 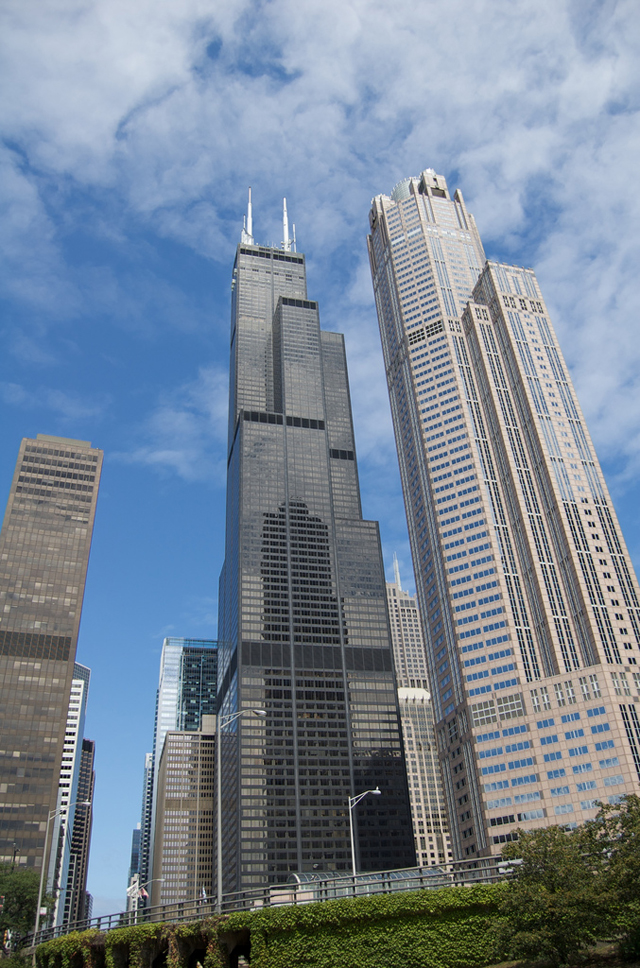 The icon of modern Taiwan appears frequently in travel literature and international media. With 101 floors above ground and 5 below, the postmodernist style incorporates traditional design and modern ideals. Created as a symbol of technological evolution and Asian tradition, the tower was built to withstand typhoons and earthquakes. High performance steel lends both strength and flexibility. A pendulum sways to offset strong wind gusts. Taipei is home to a multi-level shopping mall. Upgrades to make the balding the “world’s tallest green building” are well underway. 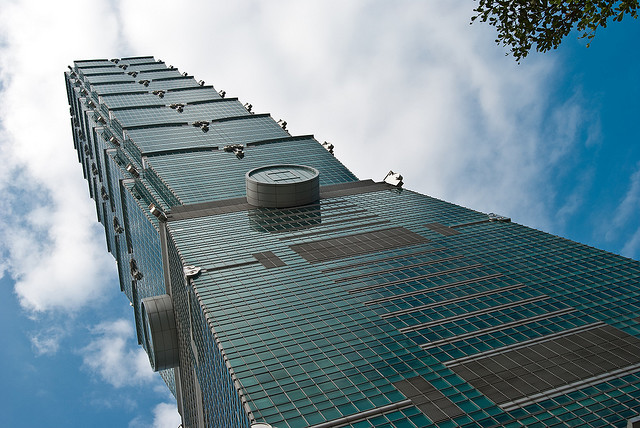 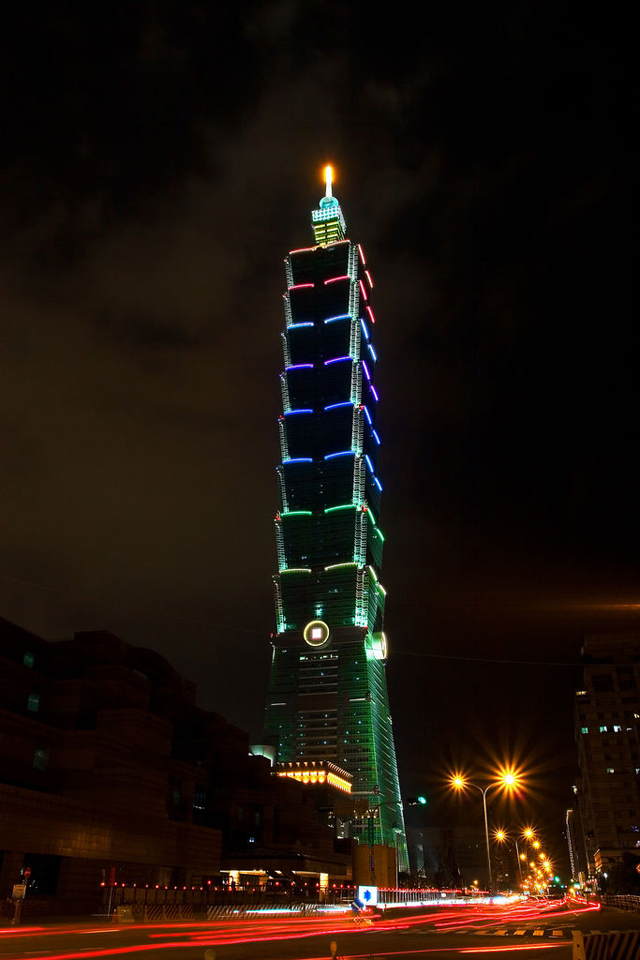 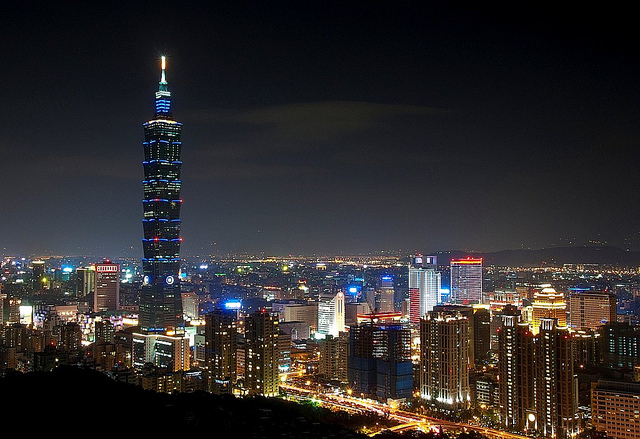 The building designed by Kohn Pederson Fox is a mixed used development. Housing offices, hotels, conference rooms, observation decks, and shopping malls; SWFC is the tallest structure in the People’s Republic of China. The aperture at the peak reduces the stresses of wind pressure. The trapezoidal hole reminds one of a bottle opener. In the observation deck gift shop you’ll find building replicas that function as such. 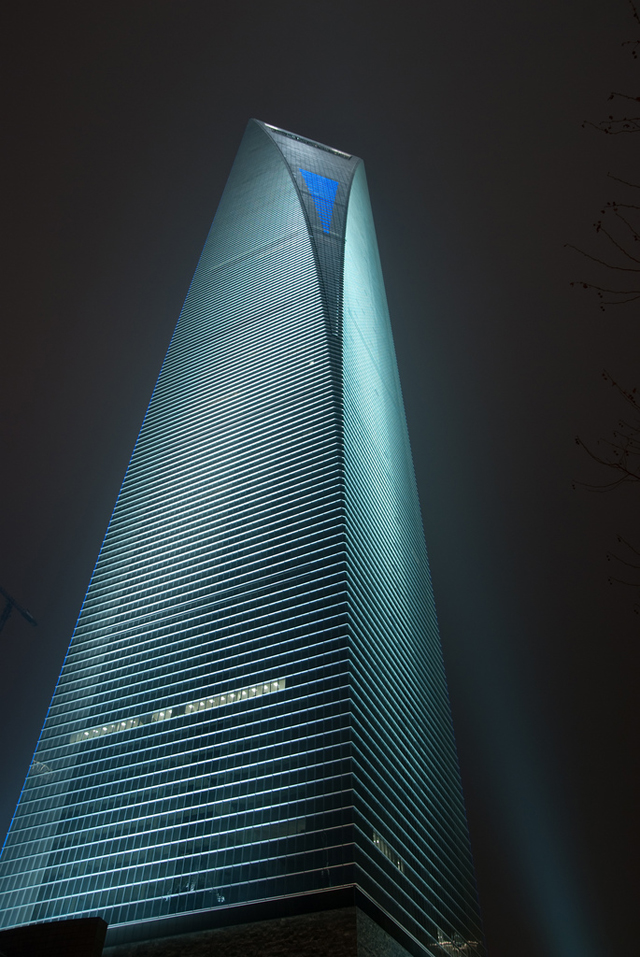 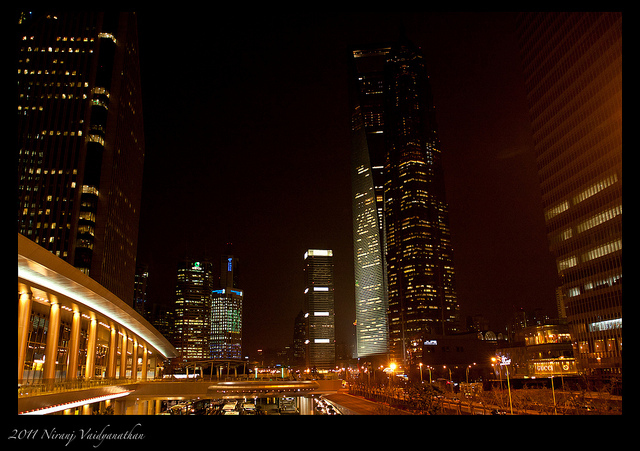 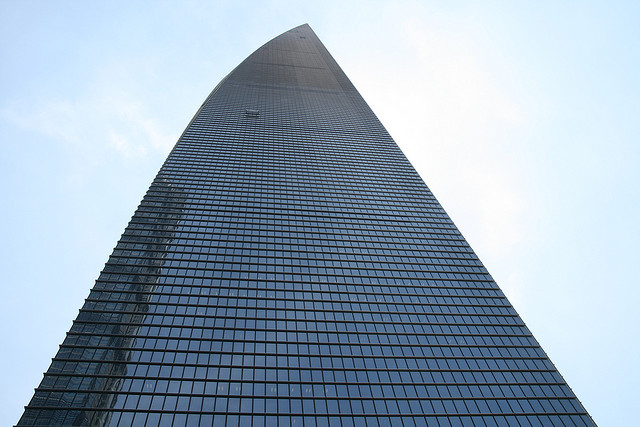 The ICC Tower is 118 floors and the tallest building in Hong Kong. Inside you’ll find a Ritz-Carlton, observatories, the world’s highest swimming pool, and a number of five-star restaurants. Much of the building is office space. Some of which belongs to Morgan Stanley, Deutsche Bank, and Credit Suisse. 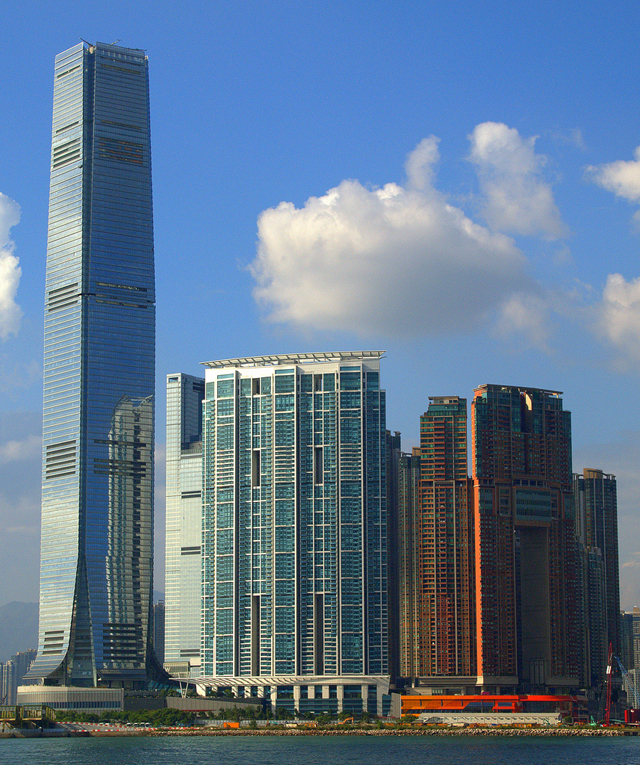 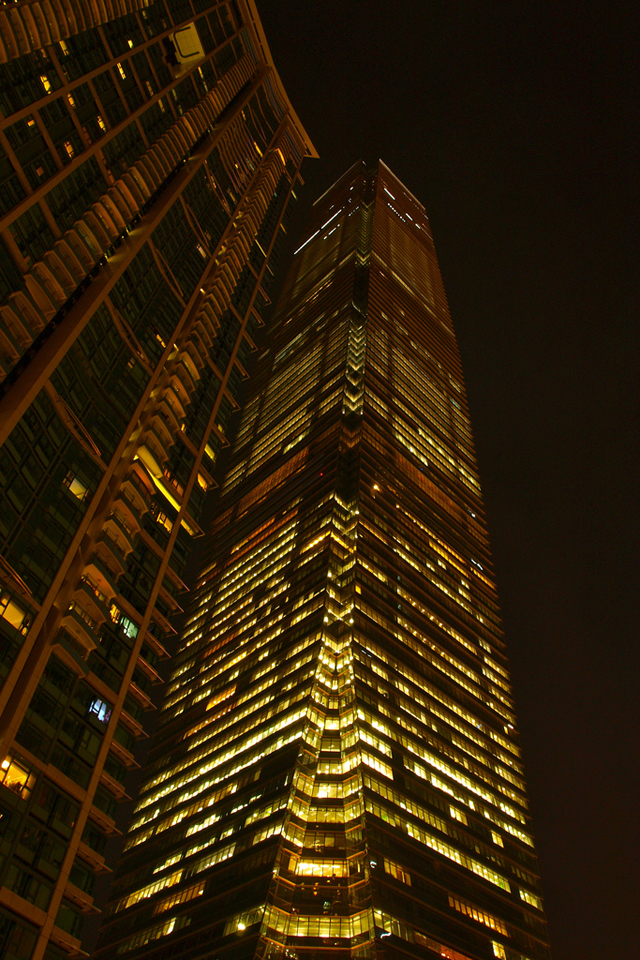 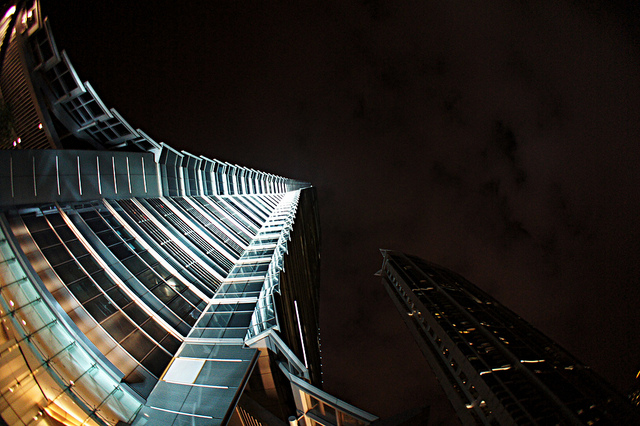 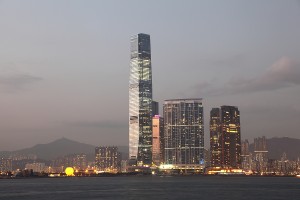 The Petronas Twin Towers in Malaysia remain the tallest twin buildings in the world. The skybridge on the 41st and 42nd floors is 170m (558 ft) above ground. The podium floor is open to visitors and tickets may be purchased to go higher. Otis Lifts in the tower are double decker elevators. One stops at odd floors and the other opens to even floors. 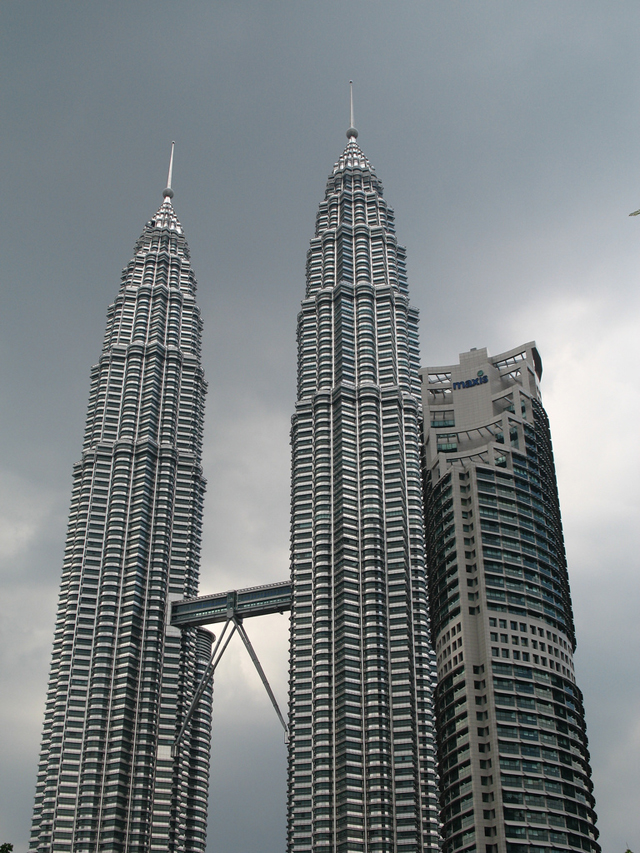 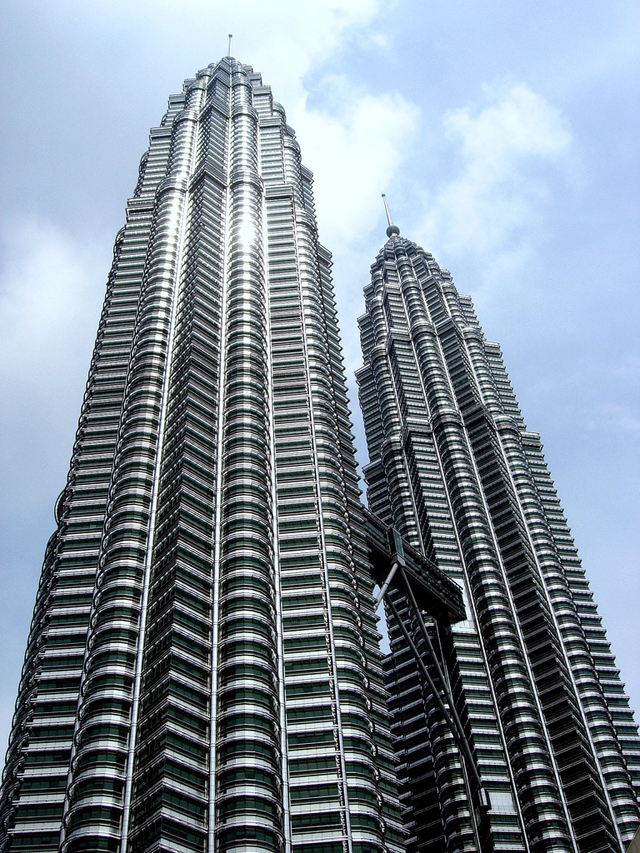 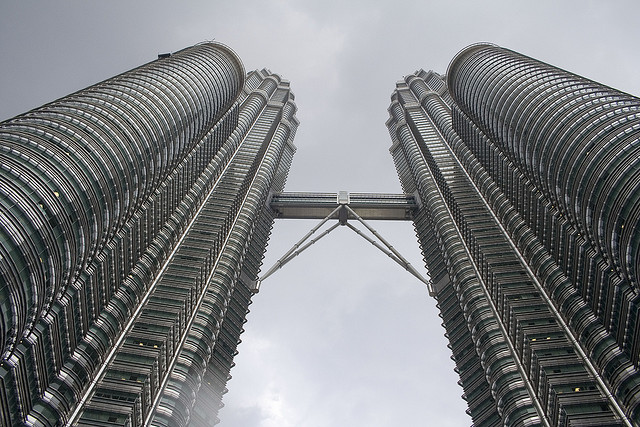 The skyscraper is also referred to as Greenland Square Zifeng Tower. Either way, it is 89 stories. The building features both retail and office space, restaurants, and a public observatory. Overlooking Xuanwu Lake you’ll enjoy an unobstructed panoramic view. The architects Marshall Strabala and Adrian Smith who designed Burj Khalifa, designed Nanjing’s skyscraper with Gordon Gill. 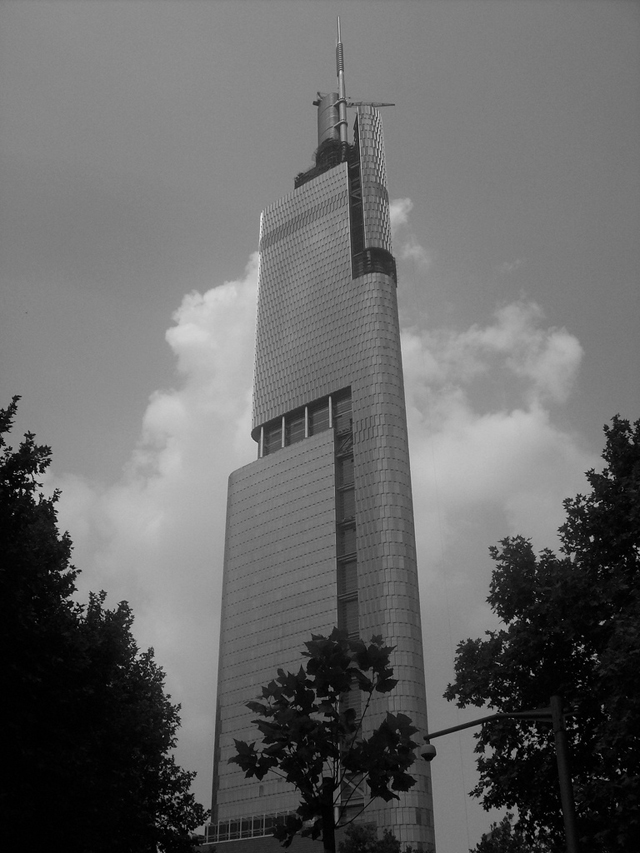 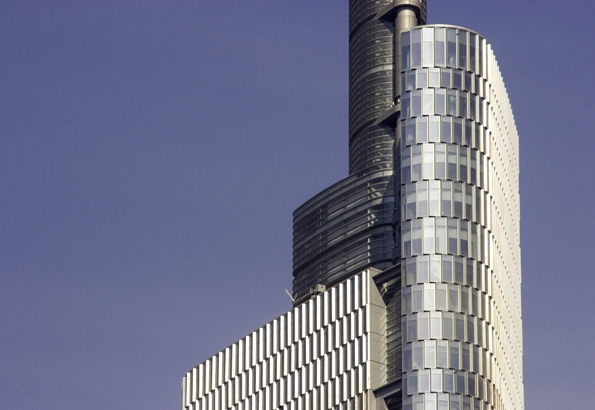 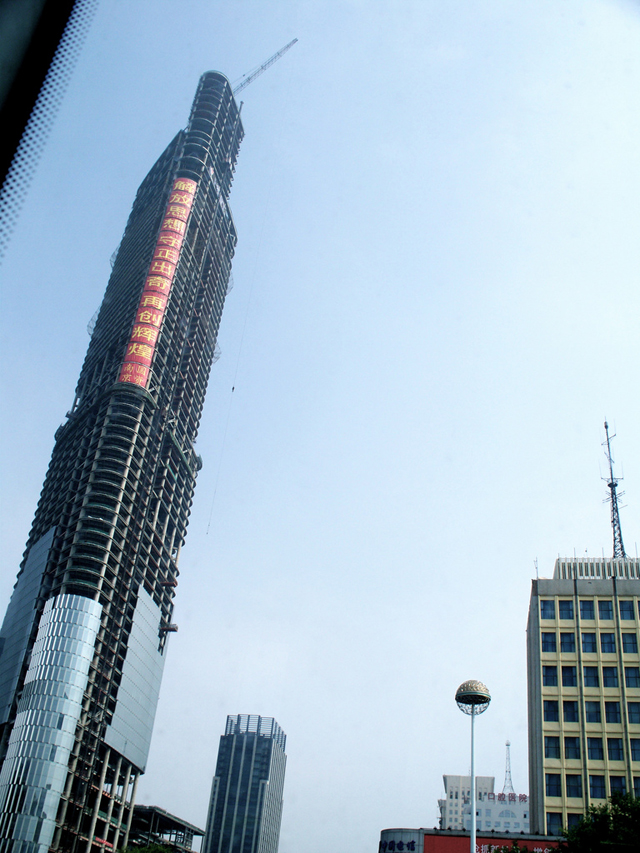 The Kingkey 100 in Shenzhen’s financial district is a mixed-use building for office space and a hotel. There is also a garden and several restaurants at the top. KK Mall with luxury brand stores is at the lower levels. You’ll also find an IMAX theater and supermarket. 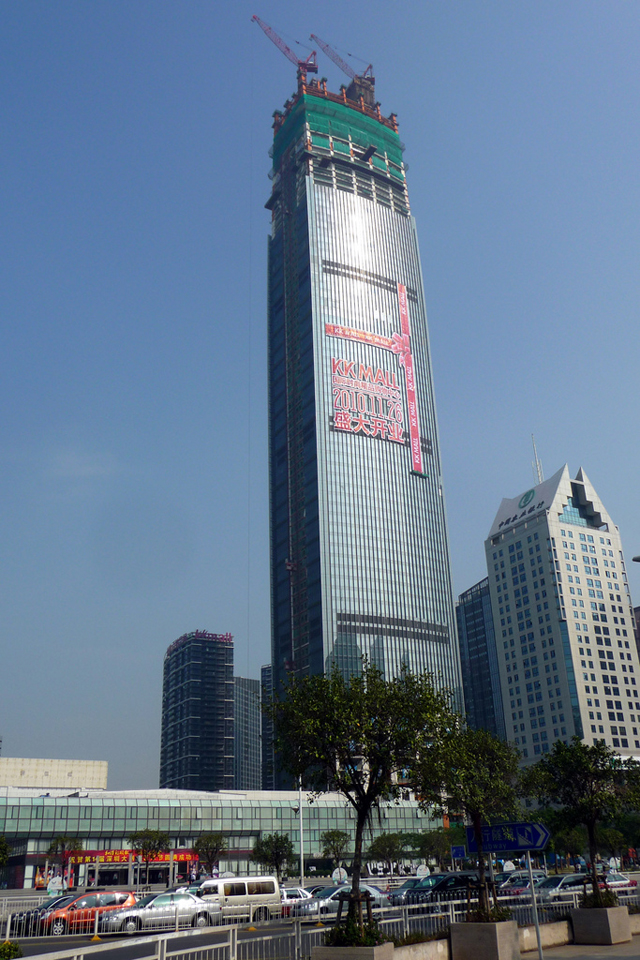 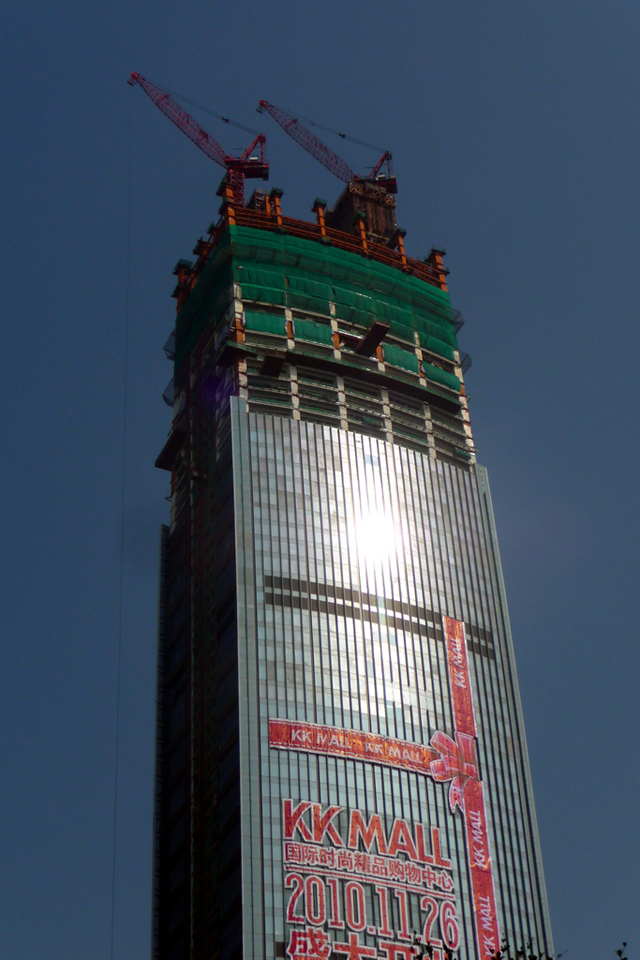 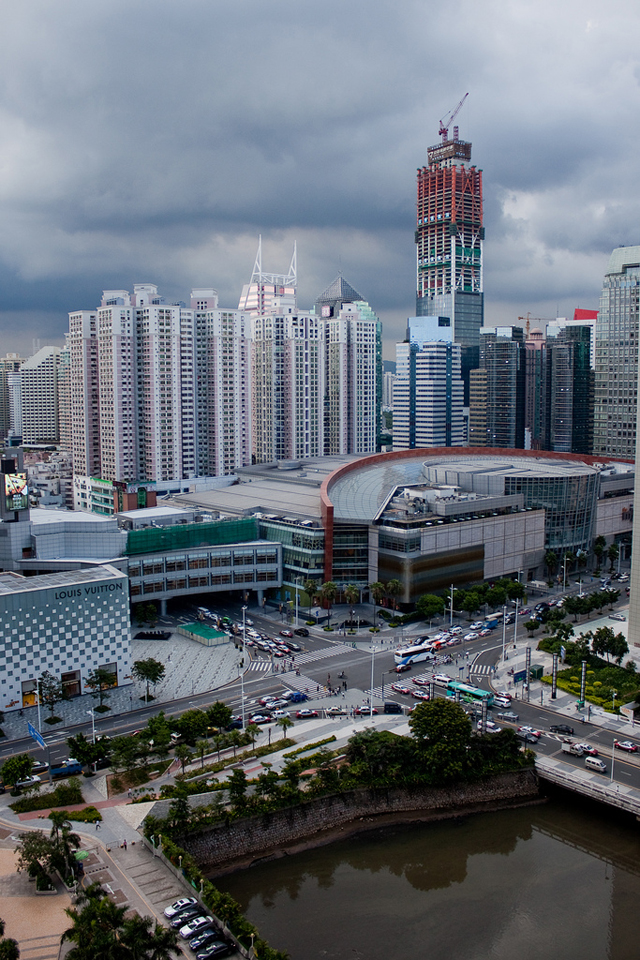 Also called Guangzhou International Finance Center, the building designed by Wilkinson Eyre was set to be used as a conference center, hotel, and office building. The proposed Guangzhou East Tower would have been even taller. Plans have since changed. 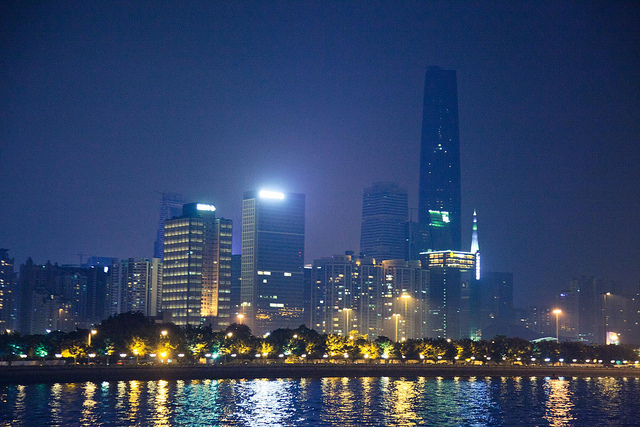 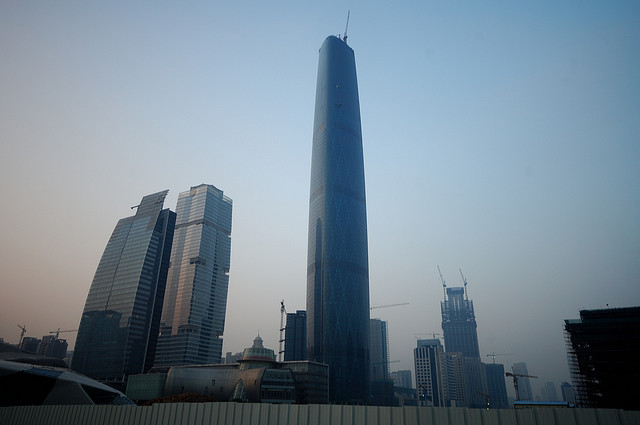 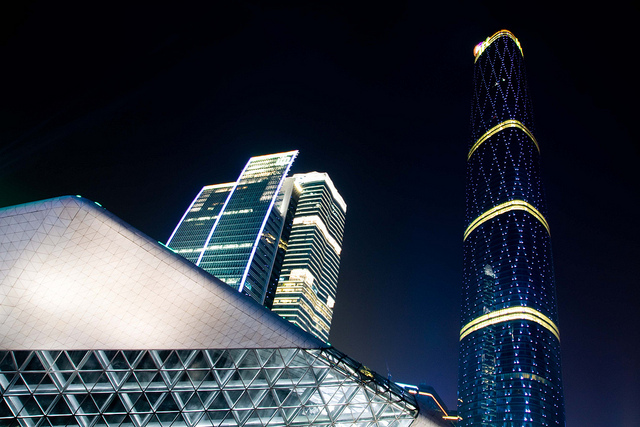